If your family is planning a vacation to San Diego, California, the San Diego Zoo will likely pop up at the top of your search list—and for good reason. Commonly ranked among the most renowned zoos in the world, the San Diego Zoo is well-known for it’s commitment to ending extinction as well as global wildlife conservation. Because of year-round, temperate weather, Southern California is a suitable climate for the zoo’s 3,500 birds, reptiles, and mammals. 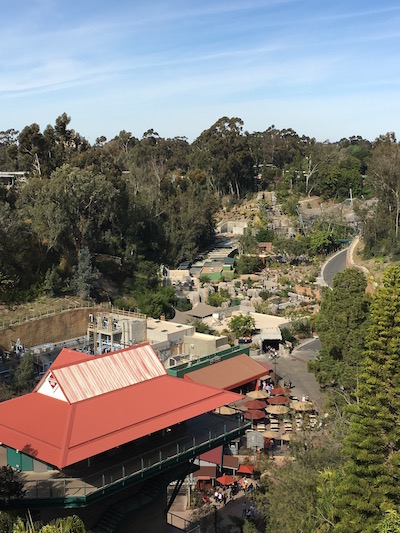 Ariel View from the Skyfari

Encompassing 100-acres, the San Diego Zoo is one of many popular attractions within the 1200-acre Balboa Park, the largest urban cultural park in the United States. Built into a natural canyon, the park slopes uphill from the main entrance. General zoo admission includes access to Skyfari, an overhead gondola lift built in 1969 by the Von Roll tramway company in Bern, Switzerland. 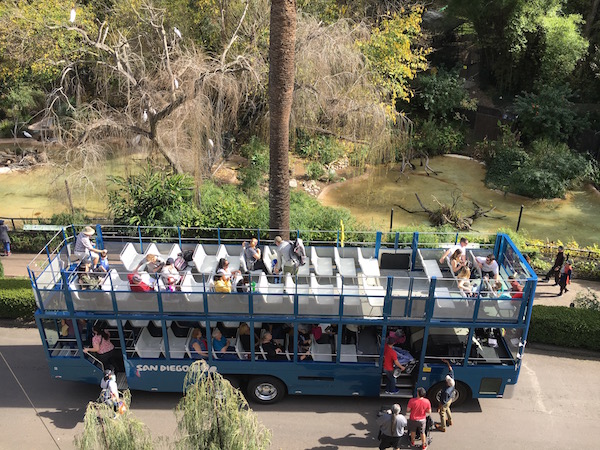 Passengers on a Guided Bus Tour

Attempting to maximize the most of our kids’ energy, we rode the Skyfari to the top of the park twice – walking first left and then right – downward through the eight different zoo zones, or habitats. We visited in late January and the hours of operation were 10am to 5pm; enough time to see most of the campus but not everything. 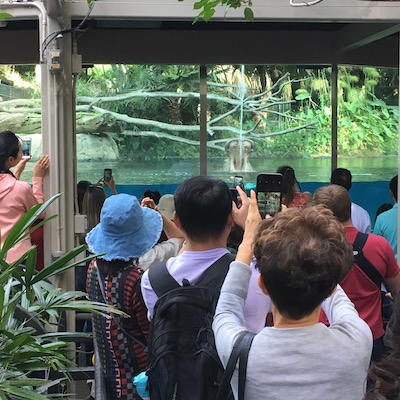 Families planning to participate in one of the featured zoo experiences or a la carte entertainment, like the 4-D theater, animal encounter, or shows, should note the various start times and plan their route days accordingly. Narrated “guided” bus tours cover 75% of the park, providing guests with the option to learn more about the zoo and the exhibits while resting their feet, noting the Kangaroo Bus has four different “hop on, hop off” stops throughout the park. 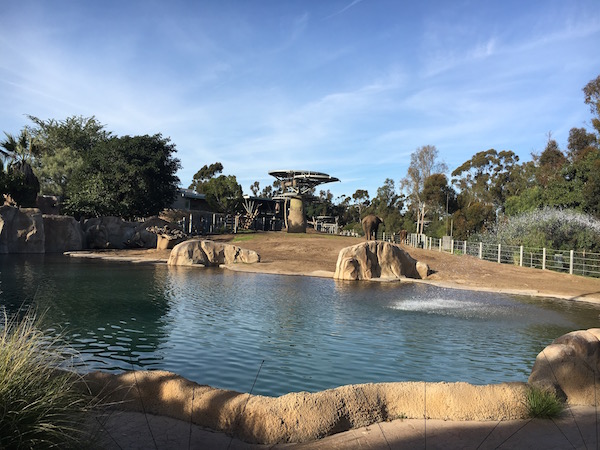 Elephants in the Elephant Odyssey

During your visit, plan to dine at one of twenty different eateries throughout the grounds. Options range from traditional cafe-style burgers and hot dogs to California cuisine, Asian foods, and BBQ. The zoo’s beer garden is a place to spot mature homo sapiens in a traditionally nocturnal habitat.

A separate attraction, the San Diego Zoo Safari Park is located 31 miles north of the San Diego Zoo, just outside of Escondido. As the name implies, the safari park features free-range exhibits for animals that typically thrive in semi-arid habitats, like antelope, giraffe, and buffalo. You would probably want to tackle this adventure on another standalone day.