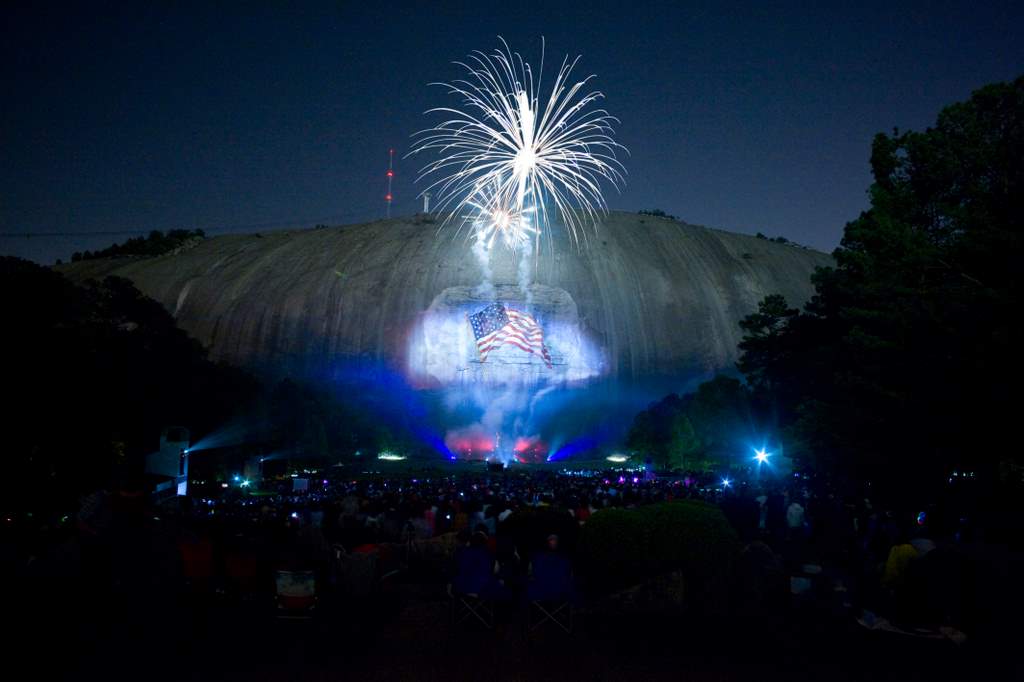 The 4th of July is such a popular time to road trip, we’ve written a whole series of articles, dedicated to helping you find the best celebrations for your family — whether you prefer small and quaint or the biggest and best the country has to offer. We don’t repeat recommendations, so check out some hometown celebrations and parades as well as our favorite 4th of July road trips. We also have lots of fireworks for other holidays as well — search “fireworks” in the search bar at the top right of our site.

Check out our list of the best celebrations, make some plans, pack a picnic, get some smoke on the barbecue or whatever else your family does to celebrate. Then, kick back and wish America “Happy Birthday”.

Feel free to comment on your favorite place to watch the fireworks. Note: Dates updated for 2016.

California:
Farm Sanctuary’s Fourth of July Pignic — I couldn’t make this one up if I tried. The Farm Sanctuary is apparently the largest rescue and refuge network for farm animals in North America. And, this July 4th, they want to promote life, liberty and the pursuit of happiness for farm animals. The Pignic comes complete with tours of the facility, vegan food and compassionate entertainment. Whatever that is.

Georgia:
Lenox Square Mall, Atlanta — Jump on MARTA and head to Lenox Square for fun, music and the giant party. The fireworks show is billed as the largest in the southeast.
Stone Mountain Park —  At Georgia’s #1 attraction, the Fourth of July celebration is Georgia’s largest. The lasershow and fireworks are free (there is a parking fee) and the park warns that you should be prepared for large crowds.

Louisiana:
Go Fourth on the River — New Orleans’ biggest celebration, on the banks of the Mississippi River. Fireworks cruises offer up close and personal views from historic steamboats, but the fireworks are also visible from many locations along the river.

North Dakota:
Mandan Rodeo Days — A 4th of July tradition, enjoy the parade, fireworks and rodeo. North Dakota was recently named the most affordable destination by AAA, so you’ll have money left over for some souveniers.

Vermont:
Champlain Burlington International Waterfront — One of the biggest events in Vermont’s history, events include the Taste of Champlain Food Festival.

Washington D.C.:
A Capitol Fourth — What do Barry Manilow, Aretha Franklin and The Muppets have in common? They are all performing at this year’s A Capitol Fourth, in our nation’s capital and on a TV near you. For the 29th year, the performance and fireworks will be broadcast on PBS, NPR and American Forces Radio and Television Network. Hundreds of thousands pack the West Lawn of the United States Capitol for the event, and the largest fireworks display in the country. This is on our family’s “Do It Before We’re Too Old” list, but this year we’ll record it and watch on TV. Happy Birthday, America!

Wisconsin:
Old World Fourth of July — Authentic, historic activities including greased pole climb, cannon firing, barn dance patriotic recitations, parade and more, all at the historical recreation of rural life in the 1800’s and turn of the century.

1 Comment on "Best Fireworks & 4th of July Celebrations Across America"