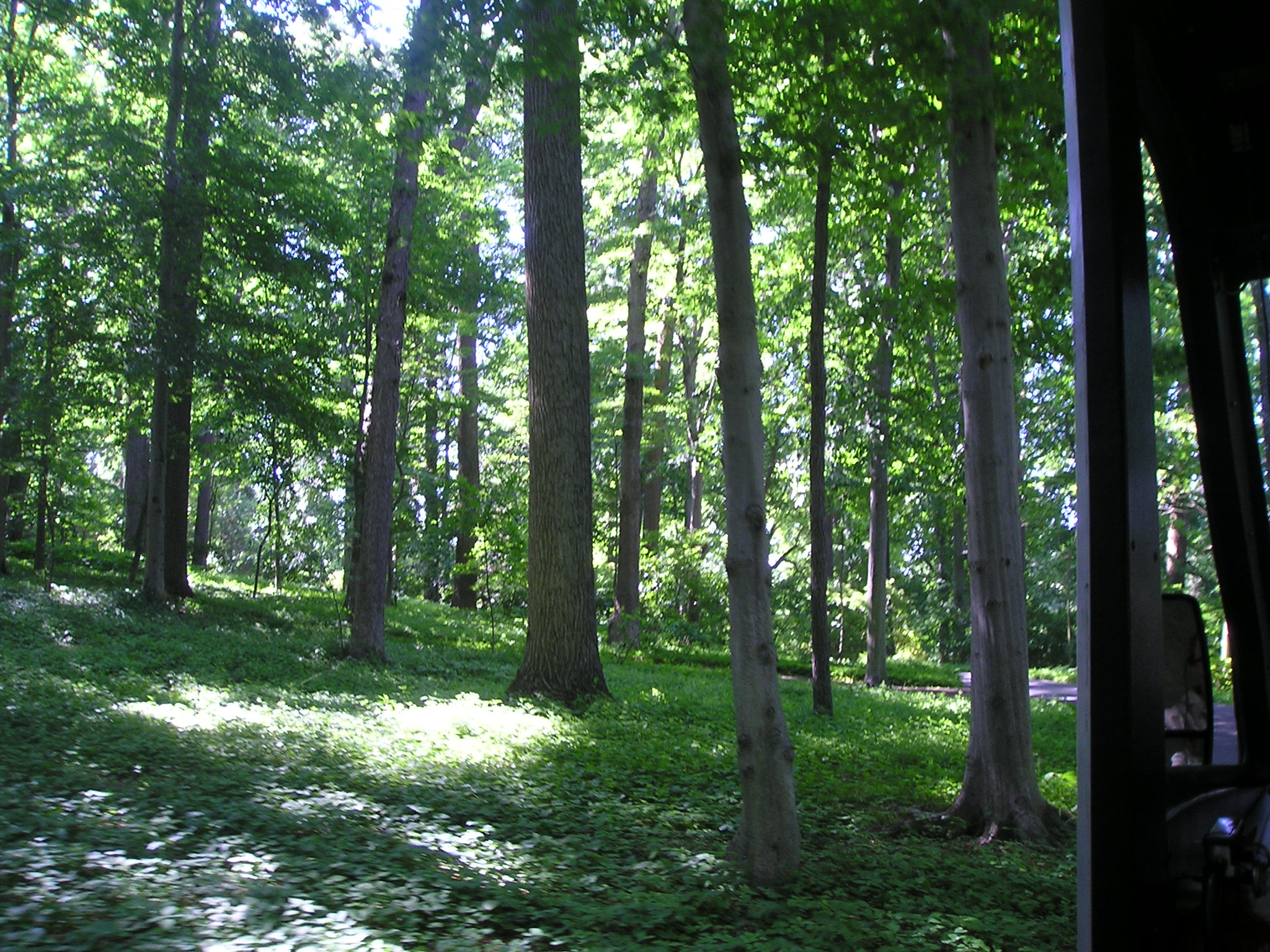 The twelve-mile stretch of Brandywine Valley from Kennett Square, Pennsylvania south to Wilmington, Delaware, may seem brief, but it takes four days to truly enjoy the scenery, museums and mansions of the du Pont family. Of course you can zip through in less time, but if you do, you’ll find that you want to go back for the things you missed. Spring is glorious, but summer and fall are lovely, too, in this verdant setting.

The Brandywine Scenic Byways website can route you to the major attractions here, but be prepared to turn on narrow twisting country roads and spend some time getting lost. That’s okay because the scenery is so beautiful and you’ll marvel at how an East Coast state, just minutes from Philadelphia, can provide such rural bliss.

But “Mansions? you are saying to yourself. Right! My kids are going to want to visit musty old houses.” Well, think again.

We came in from Philadelphia, headed south to Winterthur Museum and Gardens. Your kids will love Brandywine Scenic Byways, particularly, with its special children’s garden and tours just for kids, not to mention the fun of riding around in an open tram. Who can resist an enchanted woods? Three acres with a fairy cottage and a stone labyrinth, a gigantic bird’s nest, and more delights for young ones. One mother who travels with her kids, wrote at Mother of All Trips, “There is a cafeteria at Winterthur, and you’ll probably find things there that your child likes. But if you prefer to bring your lunch, you can eat it indoors or out at the Picnic House.”

Inside, while Mom is taking a tour of the incredible collection of early Americana, Dad and the kids can hang out in the “Touch-It Room.” Unlike most museum displays which are strictly off limits for little hands, the museum has re-created a parlor from the 1750s, a general store dating to the 1830s and even a colonial kitchen. Play dress up, or cook up a tea party, or play with toys that great-grandma played with. 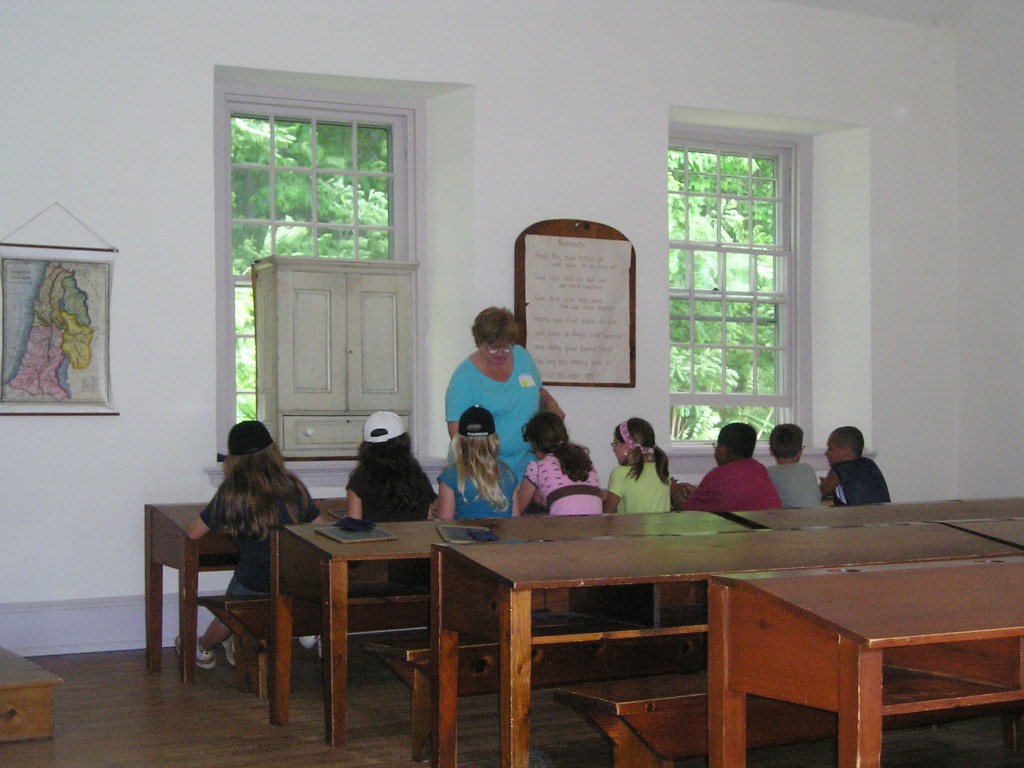 But don’t stop with Winterthur’s main house and gardens, stop off at the nearby Hagley Museum where E. I. du Pont started the family’s climb toward great fortunes by manufacturing explosive powder. His friend Thomas Jefferson suggested he might be able to sell a lot of gun powder to the young American government. You don’t get to blow anything up, but kids of a certain age will be fascinated with seeing the small buildings where the explosives were made and the workers hoped not to be blown across the creek. Machinists run a hands on shop that shows how all kinds of things work, and up on a hill, safely away from the powder mill, you can visit a one-room schoolhouse. 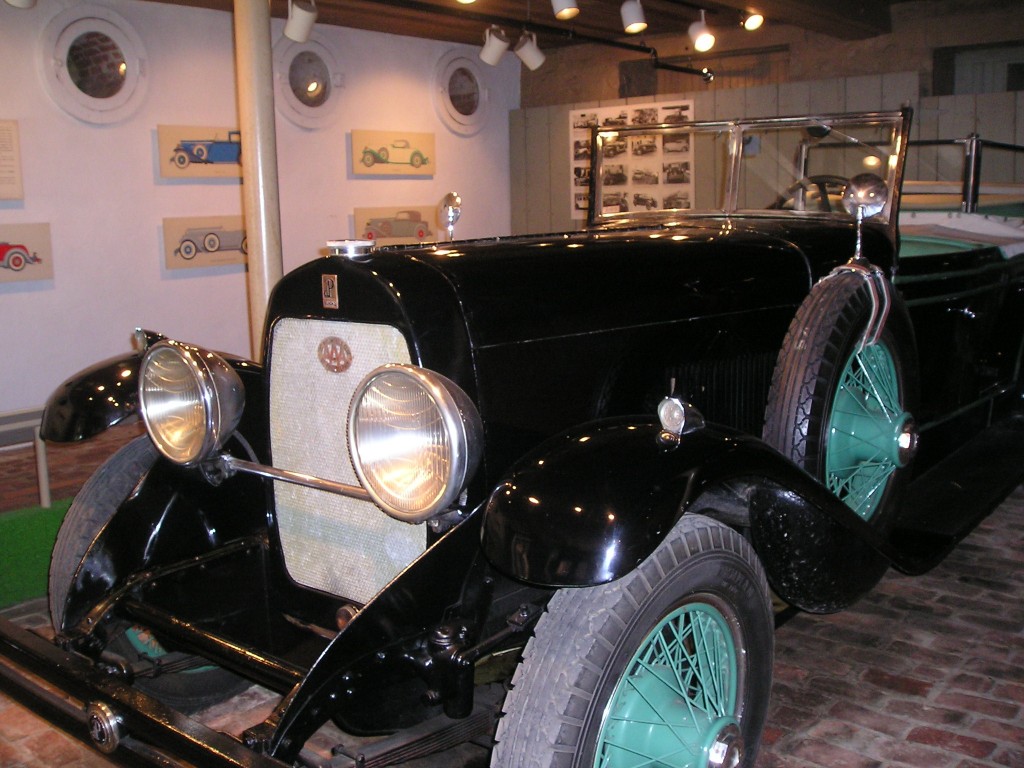 Children who love anything with wheels will be delighted with the barn, which is now used to exhibit vehicles used by the du Ponts, from a horse-drawn delivery wagon, and a Conestoga wagon to old farm equipment and the sporty du Pont motorcar. There is a mansion to see at Hagley, too, a small one, but the other stuff on the grounds is much more appealing.

You can get around Hagley on foot or you can take a tram that covers the property. A small cafeteria in the Belen House, across from the schoolhouse serves simple and inexpensive lunches.

Then follow the winding road with overarching oaks and tulip trees, through the countryside up and over the Pennsylvania border to Longwood Gardens. Even if the little ones are not entranced with flowers, they will have lots of room to run, and will not be able to resist the charms of the many, many elaborate fountains that dance to music and light. 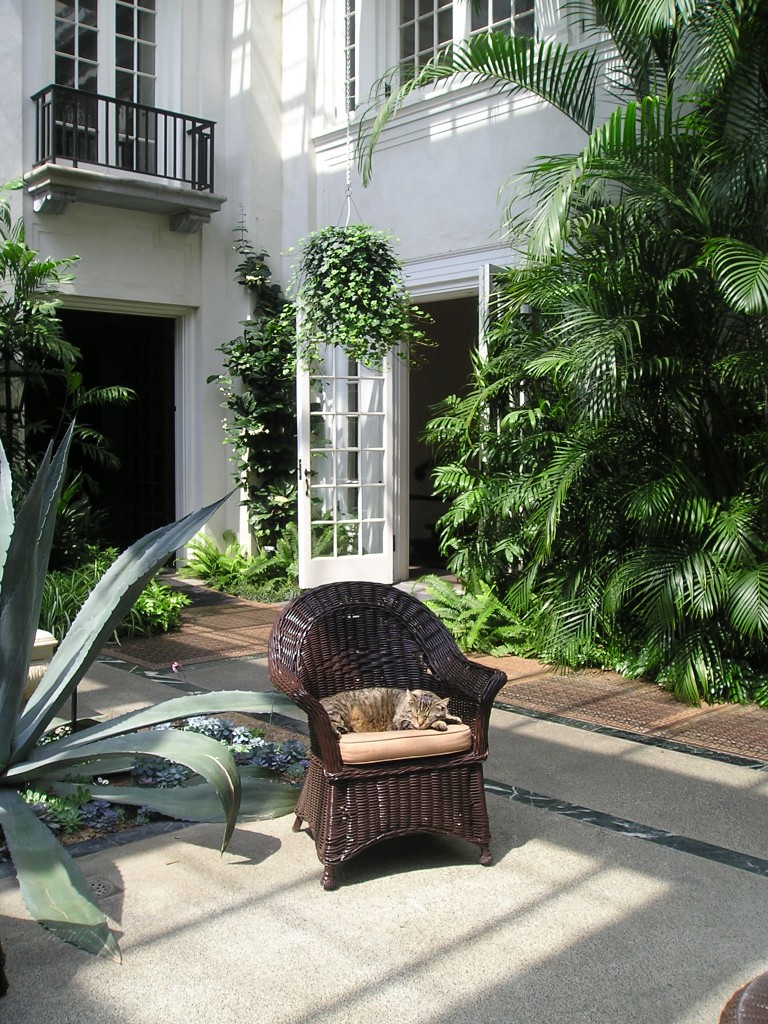 Pierre du Pont, an engineer, brought the du Pont company into the modern world, but despite his business responsibilities, oversaw every detail of Longwood, including these fountains that preceded Las Vegas sound and light fountains by many years. The elaborate 4-acre conservatory shows off prize orchids and some downright weird plants that science fiction fans will want to see. While the modest home of the creator of Longwood, furnished as it was in the 1920s, may bore little kids, it does not take long to see and has the virtue of resident cats. In 2001, National Geographic Traveler listed Longwood as “One of Fifty Places for a Lifetime in America.”

As you work your way back south again, it is easy to see why various members of the du Pont clan settled in the Brandywine Valley. Its rich natural beauty proves naturally relaxing. Plenty of parks invite bicycling and hiking and picnicking. If you want to learn more about the nature, to to the Delaware Museum of Natural History, where kids will gravitate to the dinosaurs, of course. When they get tired of “driving” their vehicles through a virtual Cretaceous world, they can move on to the creepy world of bats. Oh yes, plenty of family-pleasing exhibits here.

Delaware’s colonial history starts much earlier than E.I. du Pont’s arrival in the Brandywine. To see a bit of 17th and 18th century Delaware, you can leave the Brandywine Scenic Byway for an afternoon and turned back the clock in New Castle. But even here we found du Pont influence.

George Read, a delegate from Delaware, went to the head of the line making his state the first to sign the Declaration of Independence. His son Thomas’ grand house, operated by the state historical society, still stands on the Strand although the father’s house burned down long ago. A du Pont descendent restored the Read house and donated it to the state. The oldest house in Delaware, the late 17th-century Dutch House sits across the village green. Louise du Pont Crowinshield funded the restoration project.

With its cobblestone streets and old fashioned tavern/restaurants, New Castle provides the kind of early American time travel that you get in Colonial Williamsburg, without the re-enactors. 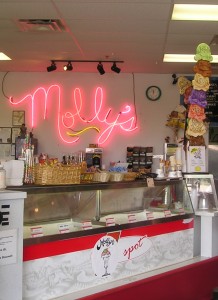 When you get back down south in your Brandywine journey, you’ll want to stop by the waterfront in Wilmington. The AAA office sits right there along the river, and you can see exhibits about the history of ship building. For a change of pace, hop on a river taxi and take a ride that Wilmingtonians use as a commuter bus. But mostly, you can stop for ice cream–and maybe even sandwiches– on the River Walk at Molly’s at the Shipyard Shops. Molly’s dishes up nostalgia with the ice cream and sandwiches.

If you are making this trip in the summer, you will want to book your hotel or motel rooms in advance. The Mendenhall Inn in Mendenhall Pennsylvania makes a nice mid-way stop, and there are numerous reasonably priced places to stay around Wilmington, Delaware.

No matter how you layout your itinerary for the Brandywine Valley in Delaware and Pennsylvania, you’ll find new and exciting things to explore. The Greater Wilmington and Brandywine Convention and Visitor’s Center Site provides a terrific resource which lists an overwhelming number of family activities, plus suggested itineraries, hotels, links to parks and museums and more.

That old E.I. du Pont had a good idea when he settled in the Brandywine Valley. And thanks to the later generations of his clan, the natural beauty remains as enticing as it was when he made the trek from France to settle in the new land of opportunity.

This guest post is by Vera Marie Badertscher, a freelance travel writer. When she isn’t traveling, she reads about travel, and she shares her reading at her blog A Traveler’s Library.

A Weekend in Pittsburgh for Families