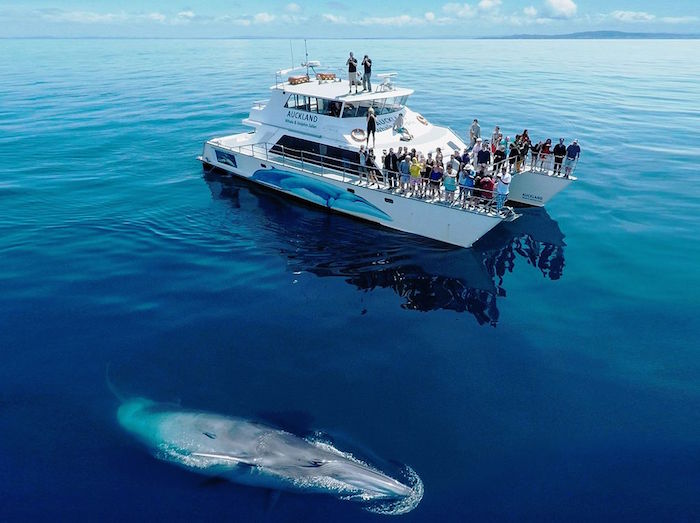 So you have an inkling to go whale spotting and to see these fantastic creatures close up? Before you go, there are few things you need to consider.

First, do you have a particular species of cetacean in mind? It’s not difficult to find whales, but you need to have patience and plan, and knowing what you want to see is the first step. You also need to think about how whether your budget will stretch to where you want to go.

Many people book organized holiday tours specifically designed for whale spotting. You can, of course, get to a destination yourself and then book a sea excursion from one of many commercial operators.

Although whale spitting is a relatively safe activity, it’s always best to make sure you are covered; have a look at some options for cheap travel insurance while you are planning your epic trip.

Baja is regarded by many as the best place in the world for spotting because of the variety of its whale population. See singing humpbacks, sperm, Bryde’s, minke and grey whales; a species so friendly that they seek out human contact, getting as close to the boats of the tour operators as possible with, even on occasions, mothers lifting their calves out of the water to show to humans. A visit to the breeding pools of the Pacific coast is a sure-fire way to see whales, as is the food-rich ocean off Cortez, with February to April being the best time to go.

Orcas, belugas, and humpbacks can be seen in the waters of Glacier Bay National Park. This is an area particularly famed for humpbacks working together to construct huge fishing nets with which to catch shoals of herring. A humpback clearing the water completely with its mouth wide open lunging at the fish is truly a sight to behold. The best time to witness this spectacle is August, although tours operate between June and September.

Southern right whales, humpbacks and Bryde’s can all be spotted here. In fact, they come so close to the shoreline that it is possible (with a good pair of binoculars) to watch them from your hotel room, providing of course that it overlooks the sea. Hermanus is a particularly favored spot. Peaking in October, the season runs from June to November.

Visiting the north of Scotland might be one of the cheapest ways for people in Northern Europe to spot whales. See minke, humpback, fin, sperm, pilot and orca are all found here. One-third of the North Atlantic’s whale population migrates to the region every May-September and 90% of orcas spotted in the UK takes place off the north of Orkney and Shetland.

Nature Island’s population of sperm whales is often visible from the shoreline. There are lots of other species to see too, such as, humpback, short-finned, pilot, false killer, melon head and pygmy. Steep underwater drop-offs along the west coast of the island creates the ideal environment for sperm whales to breed and calve. The season here runs from November to April.

Summer is the Best Time for an Oregon Coast Trip

The Northern Oregon Coast in 38 Miles