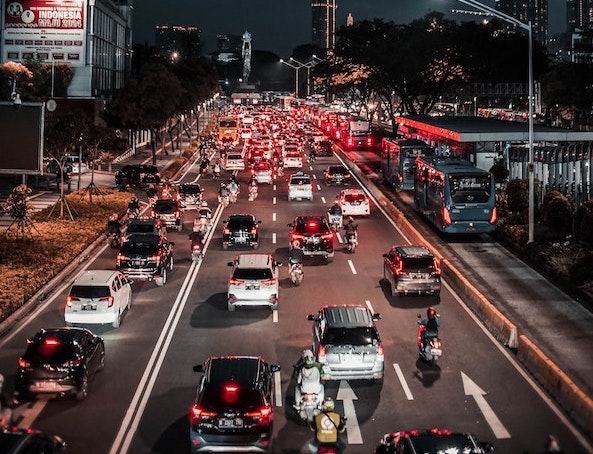 I recently got to try out the Drivetime app. Drivetime is an app that lets you play games while you’re driving, controlled by using your voice. While I know many people are not commuting to and from work as much as they normally do, we are for the most part still spending time in our cars. I, for one, live 30 minutes outside of the nearest city so I spend a fair bit of time driving, even if it’s just to the grocery store.

Drivetime is an app that is available on the App Store for iPhone and iPad. Everyone in the car can play because of the hands-free, voice-controlled features. Fans of trivia games will love to play while they drive, or listen to audio books like readings of Edgar Allen Poe or H.P. Lovecraft short stories. The trivia games include a vast variety of topics including Tunetime, a guess-that-song quiz where you get to pick your decade and a snippet of a song plays. Anyone who wants to play can just shout the answer out and the phone’s speaker picks it up, which means that anyone in the car can participate, hands-free.

The Jeopardy! channel lets you be the contestant, hosted by Alex Trebek. Test your wits against actual Jeopardy! clues and categories from the show’s entire 35+ year history. The Jeopardy! Round, Double Jeopardy!, and Final Jeopardy! rounds are all here too, just like an actual game. Drivetime subscribers get a brand new Jeopardy! game every weekday.

I found the daily new content fun to see as each day it was very different. It also followed on themes, which made it interesting. For instance, one day’s new trivia topics were “Fantasy, Island, Fantasy Island.” Another was “Sugar, Spice, Everything Nice” which featured questions about sugar and sweets such as, “Which type of biological molecule is sugar?” (don’t worry, you get multiple choice answers to choose from!) and questions about Sugar Ray Leonard and Sugar Ray Robinson; Sugarland, Texas; the musical group Sugar Hill Gang; and sugar beets. There’s a section for kids’ content, and for quizzes you can get paired with another player. Free content is released daily, while a premium subscription ($10 a month) unlocks all channels and backlog of episodes.

I found the voice controls pretty easy to use. It’s billed as hands-free, but it’s not completely true as you of course still have to press play to start a game. Once a game is in progress I didn’t find a way to use my voice to change the game, so it seems like you have to go through all the questions before the next quiz starts automatically. There is a “Reduce Stress” section where it does things like prompts you to take a deep breath for a few seconds, and you can say yes to continue or say no to select a different exercise. A Master the Classics channel was added in June. These are classic novels in audiobook format. Answer the questions at the end to master the classic. All in all, there is a wide variety of content that would appeal to a daily driver, a commuter, a kid stuck in the car, or anyone on a road trip.

While it’s a “drivetime” app, of course you can play this any time, such as in the shower, with your family at the breakfast table, in bed with your partner at bedtime for a little fun, or you want something different to do while your hands are busy washing dishes or folding laundry. IF you know someone who is visually impaired or for some reason can not play games that rely on visual cues, this voice-activated app would be accessible to them. One cool new feature is the music radio channel, which lets you pick your favorite decade and listen to hours of music.Try a 7-day free trial, where you can play as many episodes or as much music as you want. 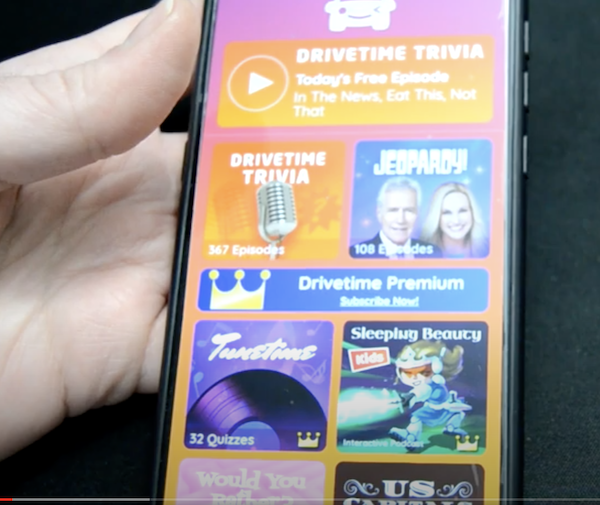