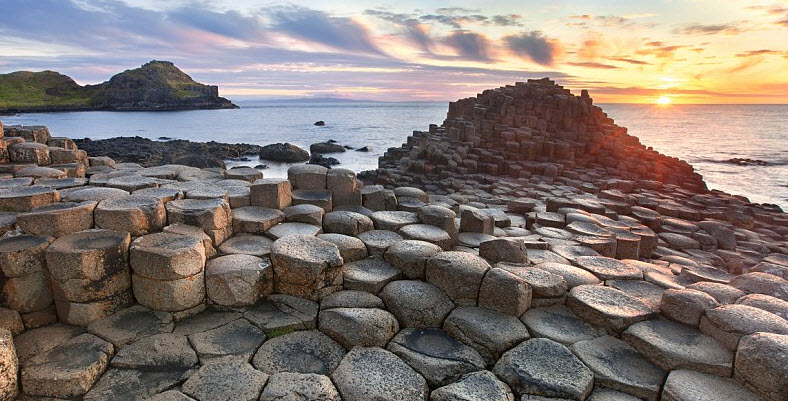 Belfast in Northern Ireland features some of the most stunning sceneries and historical landmarks at the center of a bustling, vibrant community. As one of Ireland’s largest cities and largest contributor to its economy, Belfast is the center of industry, business, and fine culture, making it a suitable location for avid tourists and holiday makers.

With many brilliant tourist locations, the average visitor to Belfast can easily become overwhelmed with the vast variety of entertainment options on hand. And that’s why it’s highly recommended that you take the time to go on a bus tour in order to make sure you don’t miss out on anything. Out of all the tours available, the Giant’s Causeway with Allen’s Tours is undeniably one of the most attractive itineraries, offering a perfect blend of beautiful sights and rich history and culture. For those thinking of embarking on this this bus tour, here’s a quick overview of some of the major locations you’ll be visiting.

Your first stop will be at Carrickfergus Castle, a Norman stronghold and one of the last remaining and best preserved medieval buildings in Northern Ireland. Ever since it’s construction by the Anglo-Norman knight John de Courcy in 1177, Carrickfergus Castle has played a key military role for over 800 years—acting as an imposing deterrent to any approach via land, sea or air. You’ll be able to get a closer look at a wide range of historical monuments such as weaponry used throughout all the ages and have the chance to partake in a wide range of activities on the site. 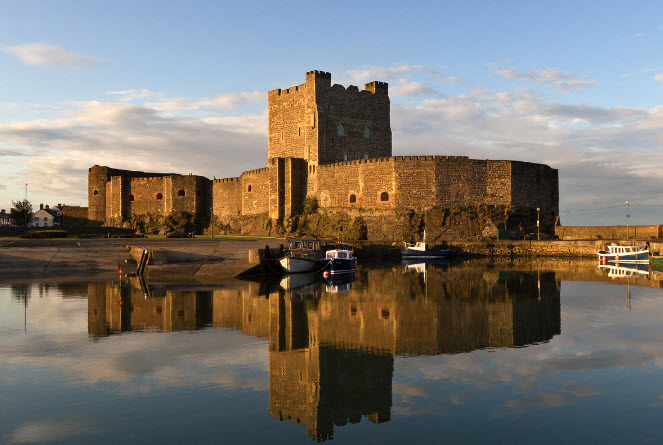 Magheramorne is a small hamlet with a population of just under 100 people. It’s situated close to an old limestone quarry which was closed in 1980. Since being abandoned, Magheramorne Quarry has been used as a filming location for the popular TV series Game of Thrones (for locations such as Castle Black and the Wall). 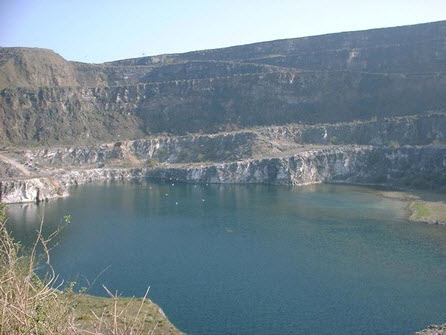 After Carrickfergus Castle and the Magheramorne Quarry, you’ll travel along the spectacular Antrim coast road, which features the stunning Irish sea to its right and the Glens of Antrim to the left. The Glens of Antrim itself is well-renowned for being an area with an outstanding amount of natural beauty. Comprising of nine glens (or valleys), each with a unique personality of their own, the Glens of Antrim is a major tourist location in Northern Ireland. 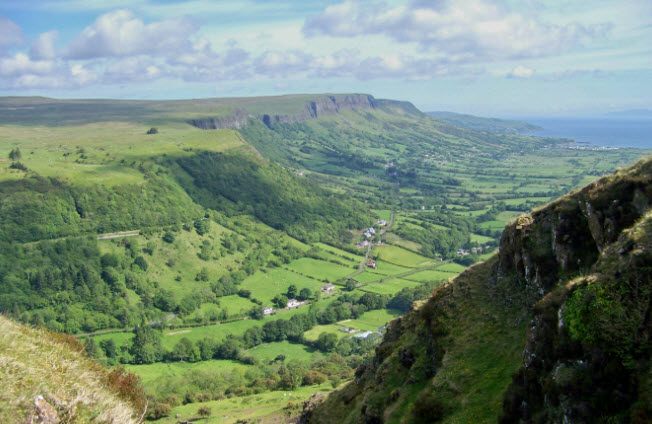 But it was not always the case. Over a century ago, the Glens was a remotely isolated area, dangerous for travelers due to its rough rivers which can come and go extremely quickly. The unwary traveler could quickly walk themselves into a watery grave, especially in wet conditions. Because of this physical isolation, the Glens is a spectacular location with an air of mystery and adventure, and a popular location for many Irish myths and legends.

After the Glens, you will move past the Carrick-a-Rede rope bridge on the way to Larrybane Quarry. Close to the home of various coastal wildlife, like seabirds and dolphins, the rope bridge itself provides some of the most magnificent views to those who dare brave its heights. Larrybane Quarry is yet another filming location for the Game of Thrones TV series (this time the location of Renly Baratheon’s war camp) and is currently in use as an overspill car park for the Carrick-a-Rede rope bridge. 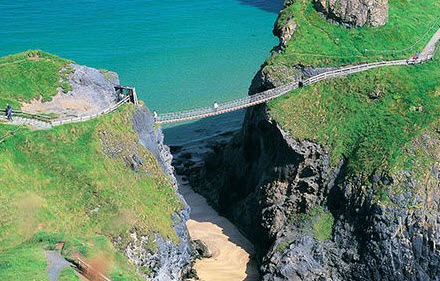 The highlight of the tour and also its namesake, the Giant’s Causeway is a location surround by the very best landscape Northern Ireland has to offer. As a UNESCO World Heritage Site, it features some of the most intense cliffs and stunning sights which have inspired scientists and artists alike for many decades.

Once you’re hiked around to your heart’s content, feel free to relax in the warmth of the award-winning Visitors Center, which provides a café for all your dietary needs as well as a shopping area for all sorts of souvenirs which can act as a memory of your great experience.