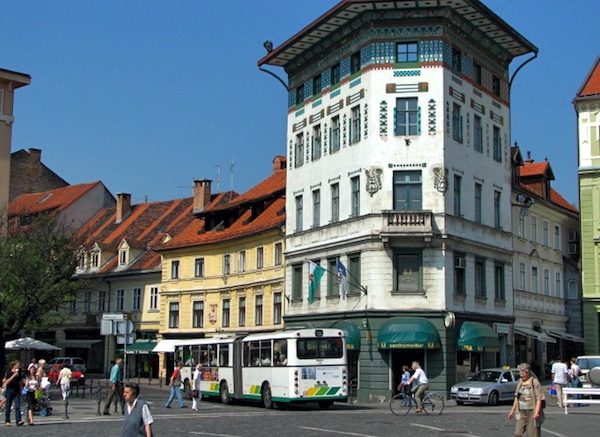 I could almost smell the sunlight in Ljubljana’s clear morning air, mixed with the aroma of bread being baked in an outdoor oven in Vodnikov trg square. Adding to this potpourri came the perfume of fresh flowers, the scent of incense candles, the familiar fragrances of fruit, and the joyful clamor of street stall vendors selling their different wares. 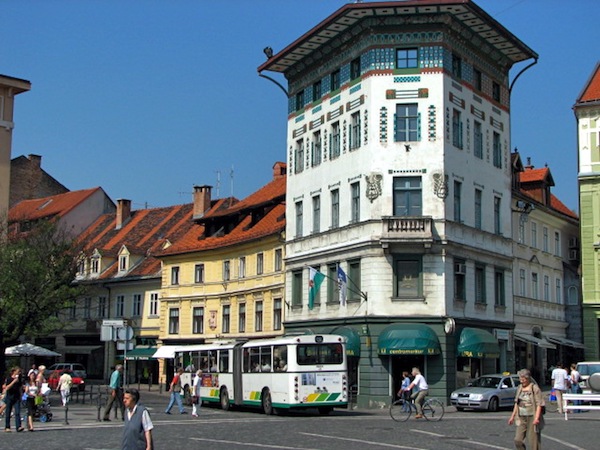 When visiting Slovenia, Ljubljana’s Central Market is a must-see. This lively plaza, located just in front of St. Nicholas Cathedral, is home to Ljubljana’s Central Market (Osrednja trÏnica) six days a week from six a.m. until late afternoon. On Sundays, it becomes an antique market. And daily, street musicians, jugglers, or dancers entertain the public for tips. While not nearly as crowded as in pre-pandemic days (probably a good thing for now), it is still at the heart of sweet Slovenia’s urban life. 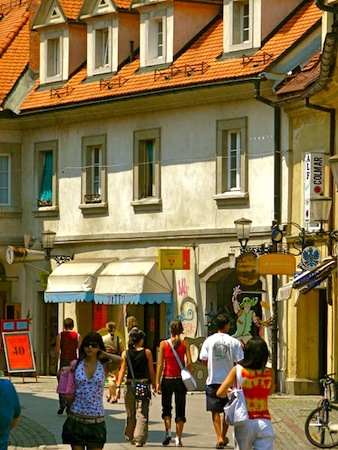 Trubarieva Lane, near the river, Ljubljana. 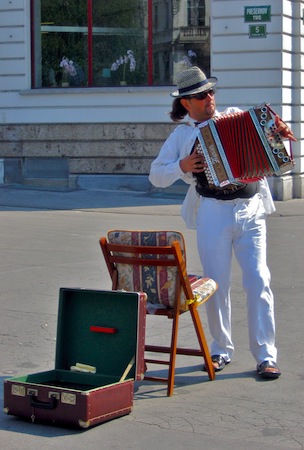 Besides just being fun, a marketplace can tell you much about a local culture — what crafts are made, fashion ideas, what city dwellers like to eat, and unique folk items as well. The prices, as with all things in Slovenia, are half those of most of Western Europe. Even so, anyone with a little skill can still bargain the cost down.

Many of the most popular market items — glass candle holders, vases, scented candles, flower bouquets, and fanciful wreaths — have religious connections. But which religion was not immediately clear. 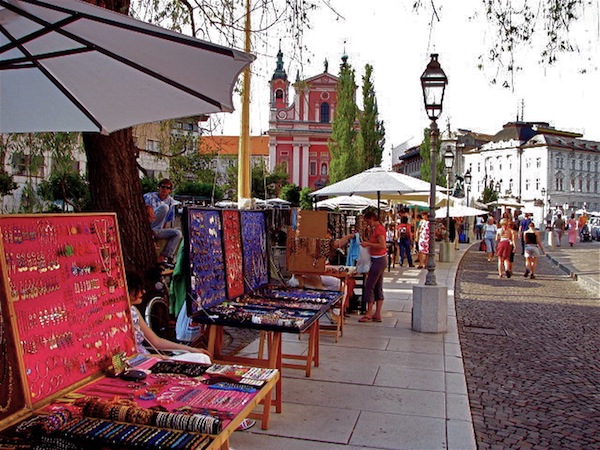 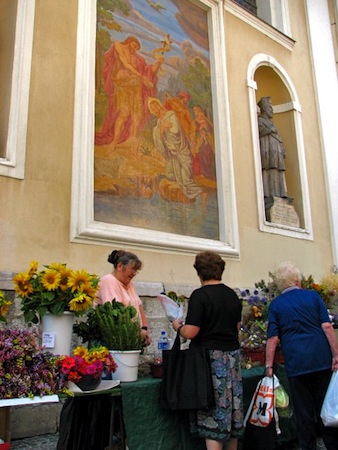 “We have so many influences in history,” one innkeeper told me. “Legend says we were founded by the Greek hero Jason and his Argonauts. Several Roman armies passed through here going north. Next came the Huns and the Turks, and in the 13th Century we were absorbed by the Habsburg Empire. In 1933 we were part of Italy, and today we’re independent!”

It was the Habsburgs who built and rebuilt the castle which rises above the city, but it was local architect Joze Plecnik who created the wonderful riverside market halls in the 1940s. 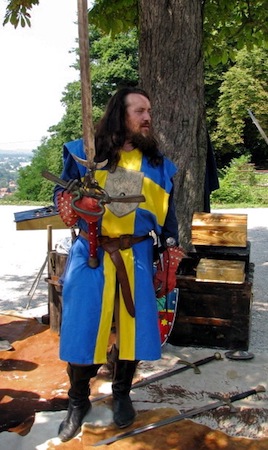 A costumed knight at Ljubljana Castle. 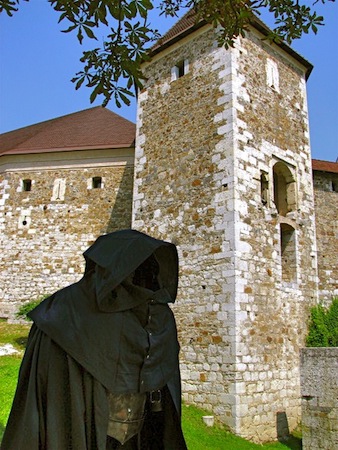 A costumed figure at Ljubljana Castle.

This long colonnaded complex overlooking the Ljubljanica River gives the Central Market both indoor and outdoor options. The large interior rooms are mostly for meat, fish and cheese. Outside is where the more pleasant-smelling items and tourist goods are sold.

“It was not always so pleasant-smelling,” one of the tourist guides informed me. “In the Middle Ages, the river was also a sewer. If a baker, butche,r or other tradesman was caught cheating the public, he was put in a basket and dunked into that filthy river! None of that now, of course.” 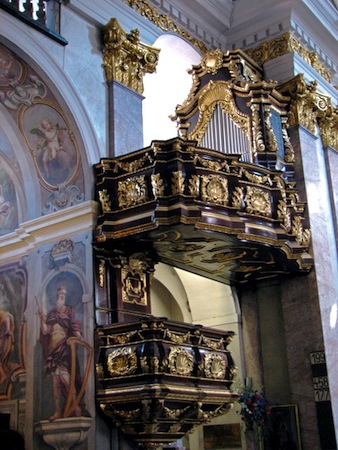 With so many cultural and linguistic influences in Slovenia, it’s no wonder wooden story boards became popular. Sonja, who sells modern reproductions of these items in her kiosk, explained, “Many people were not literate in the distant past, so story boards with pictures served as a kind of book.”

Other surprising local items are rustic rakes and Harry Potter-style brooms made of wood and straw. Among the fruit and vegetables, very odd-shaped gourds and melons catch the eye.

Some farm folk stand on corners or bridges selling produce they have picked themselves, wild mushrooms being the most frequently bartered item. And where would central European cooking be without green and red *paprika* (thin peppers), sold in abundance here?

One other thing differentiates this market from many others I have visited. The hawkers are all so polite! They never yell at you to buy, but rather wait for you to begin showing interest. One of them explained to me, “With so many conquerors in our history, we have learned patience.”

For more information about Ljubljana visit www.slovenia.info. NOTE: Covid-19 cases in Slovenia fell dramatically in June 2021 to lows of only 20 or so new cases per day. Most recently, with the delta variant, that has up-ticked to over 100 per day but still low in a national population that is just over 2 million. The country promotes itself as a “green and safe oasis.”

Joseph Lieberman has spent the past 20 plus years visiting 58 countries on 6 continents. Contact him at gone2oregon@yahoo.com. 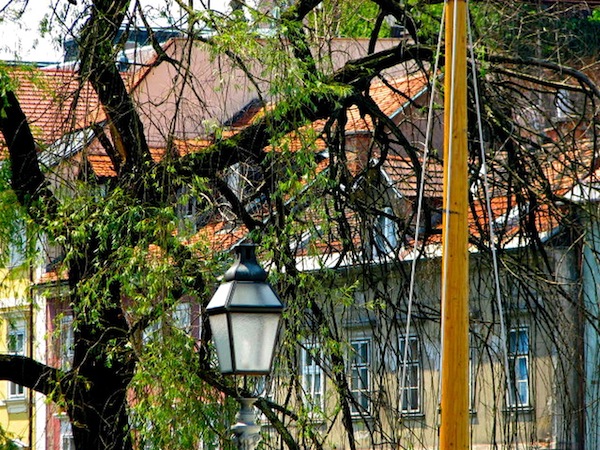 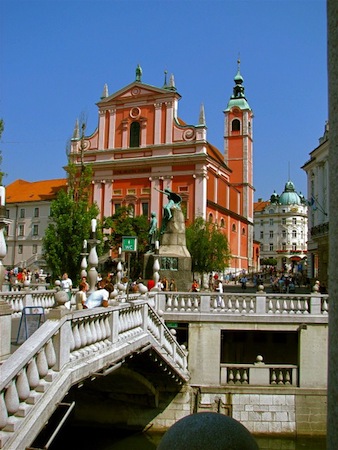