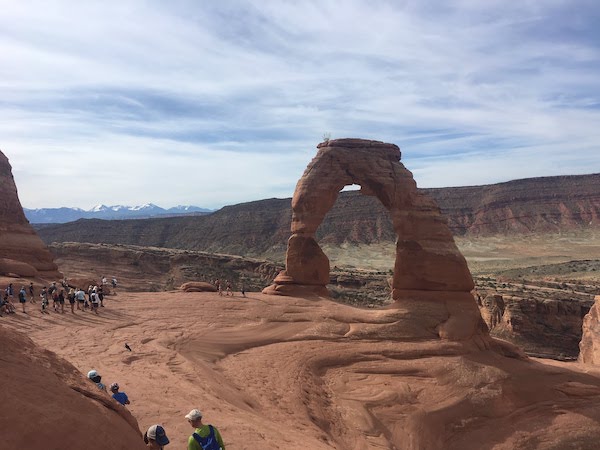 Cramming five national parks and four states into less than a week is like cramming a week’s worth of food into 32-foot RV: It takes a little ingenuity but it’s not impossible.

The first plan of action is to narrow down the multitude of national parks. Utah alone has five, with many additional parks just over the border in Nevada, Colorado, and Arizona. Each park has its own appeal and reason to visit, and some may be better suited based on age or hiking comfort level.

Accommodations are available near every park’s entrance but taking a recreational vehicle extends the outdoor adventure 24/7. It also allows for flexibility if the weather should change or if park trails are closed.

Renting an RV may seem daunting but RVShare.com is the Airbnb of vehicles. The website helps to narrow the search to the type of motorhome that would best fit your needs.  Search by vehicle amenities, pick up location, and RV type (most Class B vehicles do not require a special license).

One caveat: Don’t expect the RV to comfortably drive at more than 60 mph, which is an important factor when estimating driving time between parks.

With Las Vegas as a launching point, these five parks provide unique experiences:

Distinguished by its red cliffs and emerald pools, Zion is filled with waterfalls and beauty. The park has a shuttle system to each trail head so the park can easily be navigated. Horseback and bike rentals are also an option. 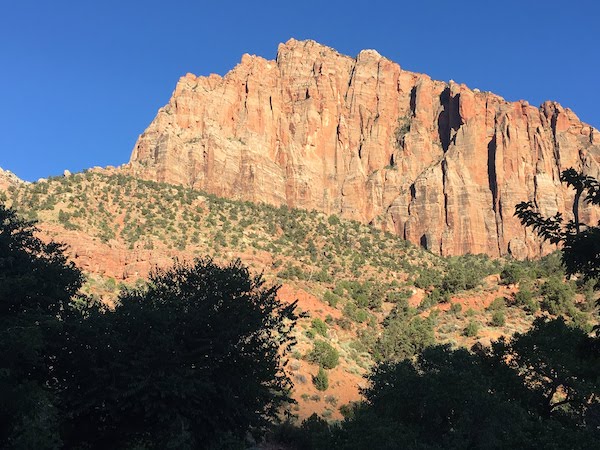 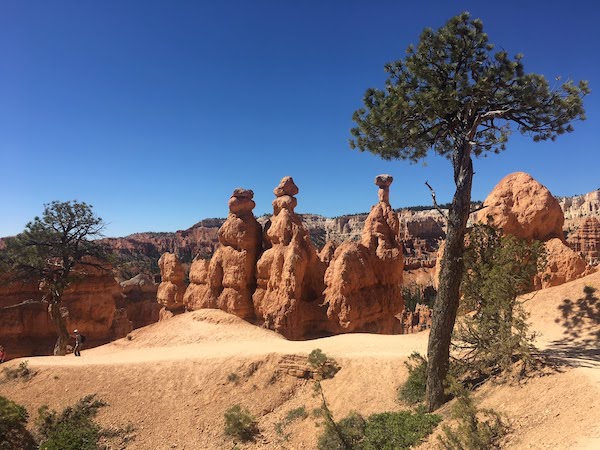 While Zion may be majestic, Bryce is otherworldly. Boulders balance impossibly on towers of rock and canyon walls are intricately carved by nature. Rainbow Point at 9,000 feet is one of the highest trails in the area. A shuttle system driven by knowledgeable park rangers connects the trails. 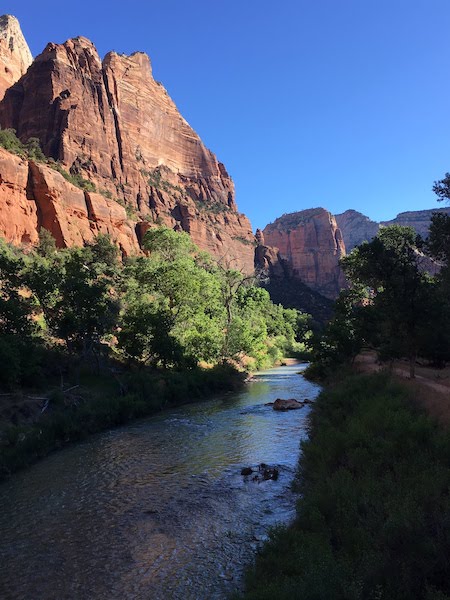 Named for the rock formations that create a picture frame as beautiful as the landscape, a cluster of arches is a standout not to be missed in this Utah park. Many can be seen from the park shuttle but others require hiking to fully experience. Parking can be a challenge. Arrive early to ensure a spot or significant walking may be required as there is no public shuttle system. 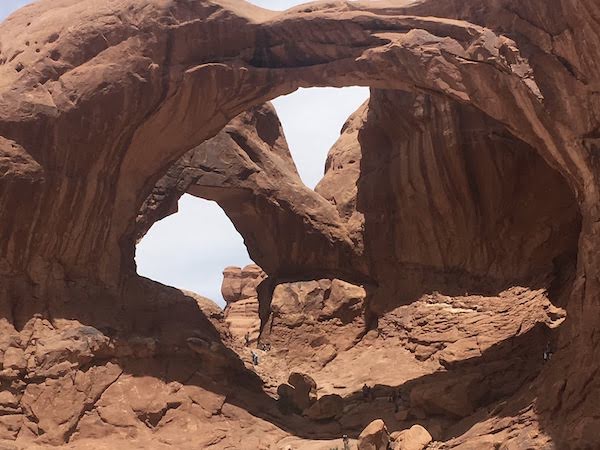 The cliff dwellings are the crown jewel of this part of the state. The drive along a steep, narrow and winding road may be more stressful for those driving an RV. Visiting the cliff dwellings is fascinating but requires planning ahead. Most tours are guided and fill quickly throughout the day. Check the schedule before planning your stop. 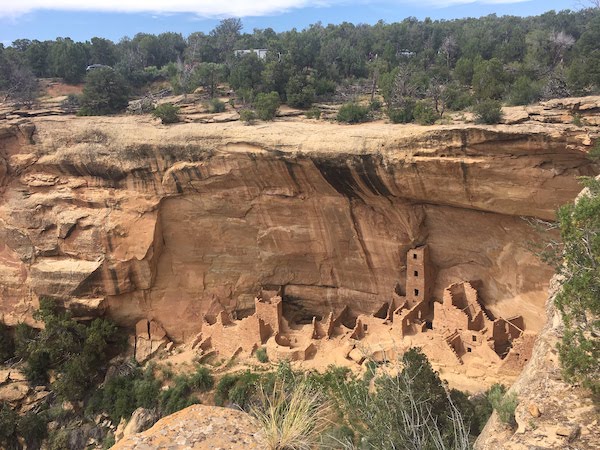 No National Park trip is complete without seeing the Grand Canyon. The south rim is more easily accessible but that also makes it more congested. If time isn’t a factor, the north rim may be worth the additional miles. The Grand Canyon Railway has a three hour ride to the south rim with scenery, strolling musicians and a robbery. The trip doesn’t allow much time at the Grand Canyon, but it is a unique option.

Youngsters will feel right at home in Monument Valley Navajo Nation Park, featured in the Cars animated films. The park is an easy scenic drive completed in just a few hours, although rain can make the drive impassible.

Williams, Arizona, maintains its Route 66 roots and entertainment for all ages. Explore a Gas Station Museum, old depot and the nearby Wild West Junction.

Heather Lusk is a freelance writer who loves travel and history. Between dragging her family to exotic locations, she’s attempting to maintain a 120-year-old house in Zionsville, Indiana.