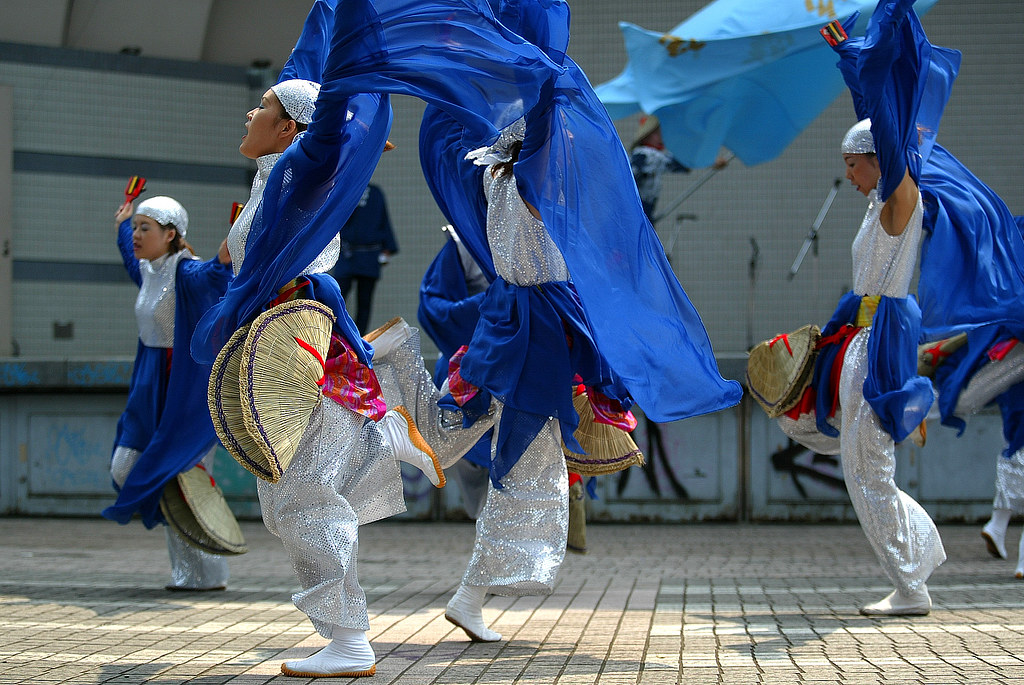 There is no doubt that Japan is one of the most beautiful places on Earth. It has a rich history and a proud heritage. In fact, it is home to 14 UNESCO buildings and 13 cultural assets.

There are so many things to do in Japan you’ll need to visit for at least a month to stand a chance of seeing them all.

But, you should also check out the following 7 festivals, you’re unlikely to find anything like them elsewhere in the world:

This is actually a baby-crying festival. Once a year parents will bring their babies to the Sensoji temple and encourage them to cry. The idea is that the crying wards off demons, allowing the children to grow up healthy and happy.

Babies are given to wrestlers who will try to make them cry, the one that cries the loudest and longest is the winner!

With another unusual theme, this festival focuses on the belly button. The name originated from the fact that Forano is considered to be the belly of the Hokkaido region.

The idea behind the festival was to bring the scattered community together at least once a year. You’ll find an array of amusing character faces painted on bellies here.

In October you’ll find that laughter really is the best medicine. The Nyu Shrine is the meeting spot for people wanting to make the goddess Niutsuhime laugh, to cheer her up.

At this event, there is usually a parade led by a clown and everyone laughs together at the shrine.

It can be argued that Japanese culture is one of the best at facing and accepting death. This festival celebrates that and gives you a chance to try before you die.

Shukatsu Festa is held between September and December and gives you the opportunity to try out funeral garments, ay down in a coffin, and even learn how to write end-of-life notes. This ritual may seem bizarre but it’s seen as a positive way of accepting death in order to enjoy life.

This is also known as the festival of the steel phallus or simply the penis festival and it celebrates a young woman’s ability to overcome the odds.

The legend states that a demon liked the woman, who didn’t like him. Overcome with jealousy he hid inside her and bit off the penis of every man she made love to. A local blacksmith made a steel phallus which broke the demons’ teeth and allowed the woman to live a normal life.

At Kanamara Matsuri, the phallus is still honored today and it has become a very popular festival with people of all sexualities. If you want to check it out you’ll need to visit Kawasaki in the spring.

The naked man festival is on the third Sunday in February, one of the coldest nights of the year. This event involves local men wearing nothing but a loincloth and waiting for the priest to throw sacred sticks.

Catching one means you’re going to have a lucky year. These festivals are held across the country but the largest, and most famous, is at Saidai-ji.

This is the cursing festival and one of the few times that swearing in public in Japan is acceptable. It’s held on the third Sunday of December.

The best part? You can join in. It’s a 40-minute hike to the Atago Shrine and you can spend the whole walk cursing at the 13 priests leading the procession.

Now you know you want and need to visit Japan, you just need to decide which festival to try first!

2 Comments on "7 Unique Festivals Only Found in Japan"