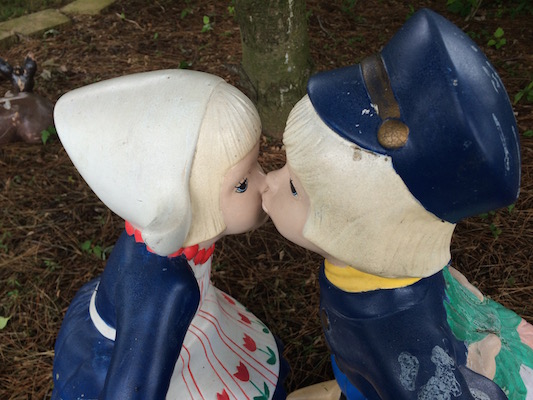 Now that I’m almost over-the-hill (gross), I’ve lived in every time zone in the Continental United States. And while I have started to answer “Earth,” when someone asks me where I’m from, I have lived in Michigan for close to half my life. Here are some important things you need to know before visiting the Mitten State.

One. On the subject of the Mitten State, Wisconsin tried to steal the title a few years ago. To which I say, “Wisconsin, you have cheese and Aaron Rodgers. Everyone knows Michigan is America’s High Five! Leave Michigan alone.”

Two. People in Michigan drink pop. Not soda. Not soda pop. Not Coke or Pepsi Coke (something I could never figure out when I lived in Texas). Just pop. You can say it too!

Four. Thanks to the “Michigan Left Turn,” driving in Michigan will drive you slowly mad. Example: Say you want to simply cross through to the other side of a four-lane divided highway. First, turn right and accelerate to 60MPH so you can get into the fast lane in the span of 0.2 miles. Slam on your brakes as you make a U-Turn and skid into the designated turn lane. Wait until there’s an opening in the fast lane of oncoming traffic and repeat the NASCAR maneuver in the opposite direction. 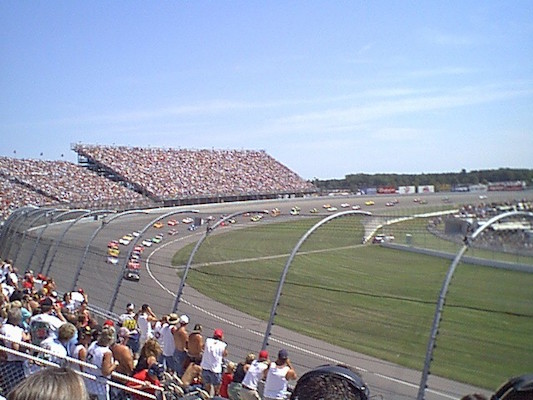 Five. Yellow and blue make green, but not in Michigan. You are a Spartan or a Wolverine and the college rivalry has split the closest of families.

Six. Michiganders generally eat soft serve ice cream and are unaware of the delicious high-calorie, heart clogging, egg-based alternative known as custard. Purple Cow ice cream is served at Meijer (formerly Meijer Thrifty Acres), which is basically like being in Target and Super Wal*Mart at the same time. If you go to Meijer, keep your eye out for an abandoned penny as you will need one to ride the famous mechanical Penny Pony located near the check out stands. 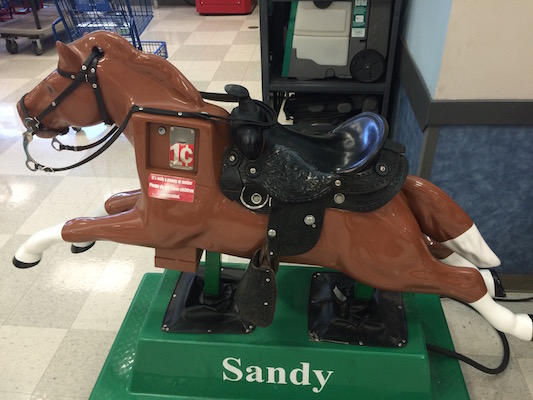 Seven. Because Michigan is on the western edge of the Eastern Time Zone, the sun does not set until long after your kids normally go to bed. If you are visiting near the summer solstice and want to cross “Lake Michigan Sunset” off your bucket list, you will be at the beach until after 10PM.

Eight. West Michigan is obsessed with its Dutch heritage. In the town of Holland, main tourists attractions are the Tulip Festival, Windmill Village, and Dutch Village.  (Although Dutch Village was a bit cooler when I was a kid, as evident by the old photo of me below. Wooden shoes AND buckets of water! Disney World? Never heard of it!) If you have never heard of the expressions “Dutch treat” or “going Dutch” look them up. Remember: If you can’t find a coupon, you aren’t looking hard enough. 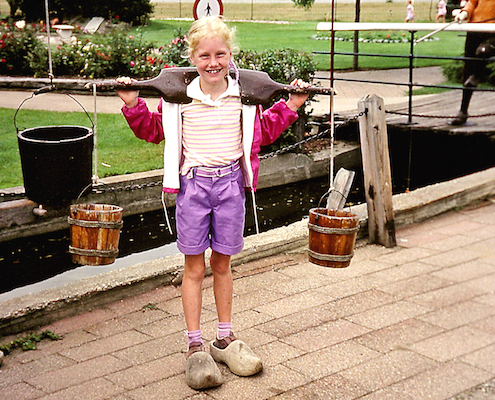 Where did they hide the roller coasters?

Nine. People in Michigan “lend” things and eat Rice Krispie treats. In Minnesota, the term is “borrow me” and in Iowa the same ingredients are used to make Rice Krispie bars. Also, Michiganders eat breakfast, lunch, and dinner not breakfast, dinner, and supper. Supper? What’s that?!?

Ten. If you have never played Cribbage, Keno, or Euchre, do not admit this to anyone—especially if you are in the U.P.

Eleven. Highlights of a visit to Grand Rapids were once a fish ladder and the Gerald R. Ford Museum. Now you can enjoy craft beer, a thriving art scene, and the Frederick Meijer Gardens & Sculpture Park.

Twelve. About the U.P. … Try and make it through the movie Escaba in da Moonlight. Doing so will help prepare you for a dialect that is strongly influenced by a close proximity to our friendly neighbors to the north (Canada, eh!).

Thirteen. If someone invites you to go smelting, this is an honor but you should probably still wear clothes you don’t mind throwing away.

Fourteen. Back in my day, boater safety received more classroom time than sex ed. Needless to say, while I was unprepared for college, I can still tell you port from starboard.

Fifteen. In many convenience stations (AKA party stores) across the state, you may be presented with the opportunity to purchase “bullets, beer, booze, and bait” at the same time. This is especially handy if you drove your snowmobile into town and are trying to save on gas.

P.S. What did I miss? Did I accidentally insult anyone? Leave a nice comment below. 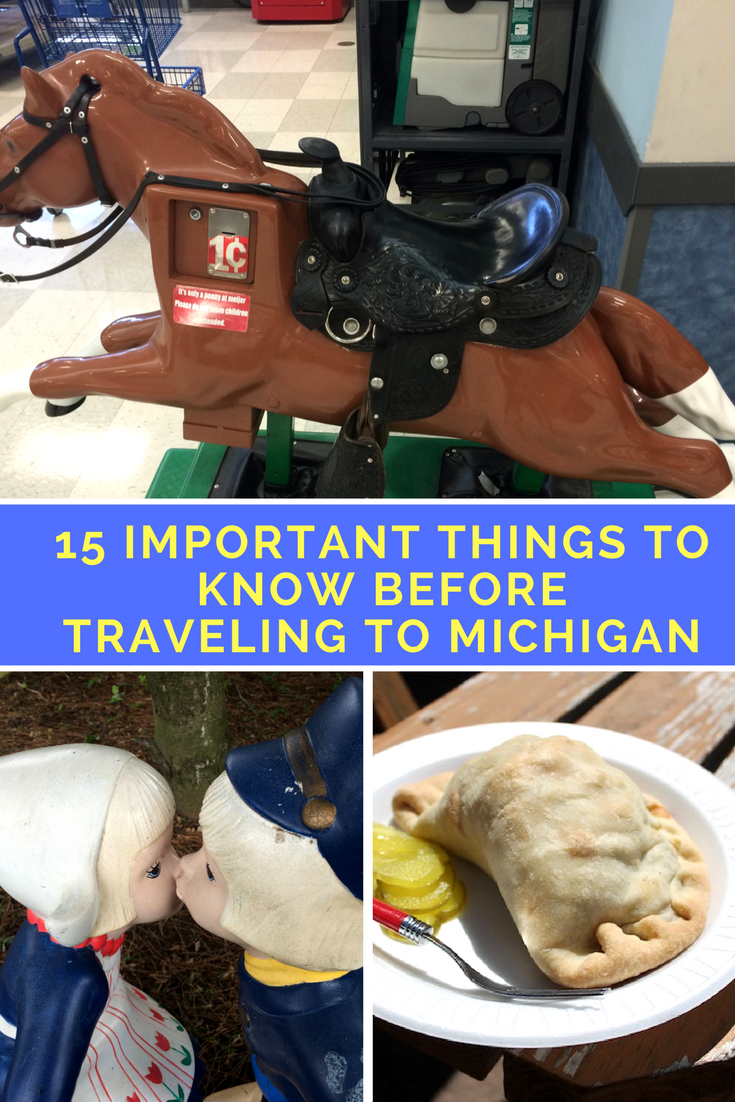 Insects are In! Top Three Butterfly Houses in the U.S.