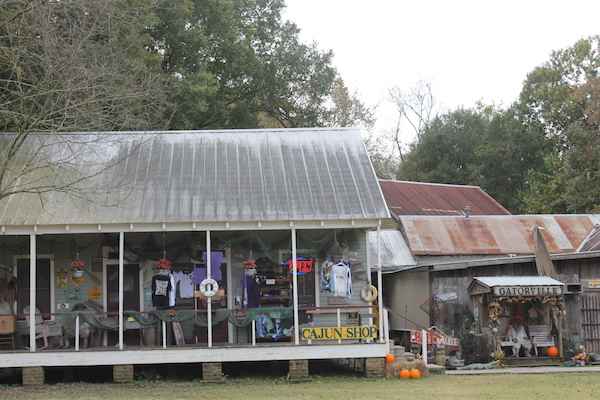 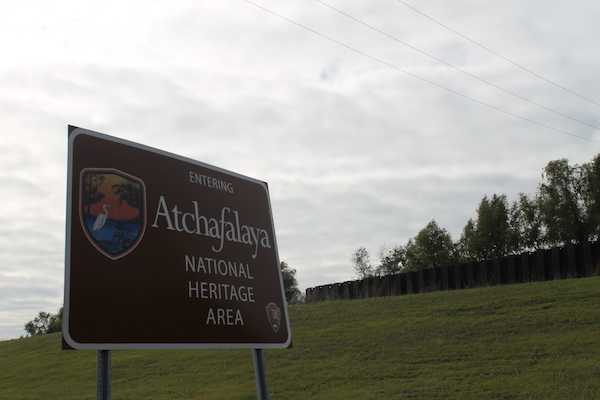 Fans of the History Channel series Swamp People, we decided to road trip to Pierre Part, where Troy and Jake Landry family coined the expression “Choot em!” on their excursions out into “The Swamp” to hunt for wild game (mainly alligators). Our first stop was Duffy’s Shell Station, a family-owned gas/convenience/bait service station where the Landry’s are known to frequent when they are not filming or otherwise working. Visitors are welcome to pose for a souvenir photo with this giant poster. 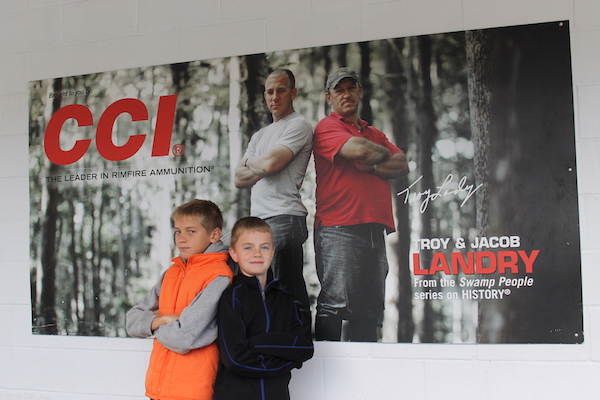 A fun, and unique, attraction is the Mr. Charlie Tour, located inside The Rig Museum in Morgan City. Mr. Charlie is the only offshore drilling rig open in the United States that is to the general public. Offshore petroleum drilling is a major industry in South Central Louisiana and Mr. Charlie spend 32 years as a a transportable, submersible drilling rig located in the Gulf of Mexico. We also learned the Gulf of Mexico is a major supplier of bentonite clay, an absorbent aluminium phyllosilicate clay known for its healing properties. Bentonite clay is an active ingredient in Kaopectate, but you can order it in bulk form (and some people think it is more potent and effective this way). 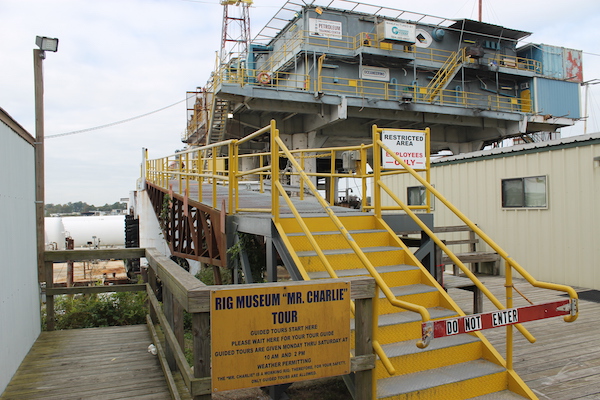 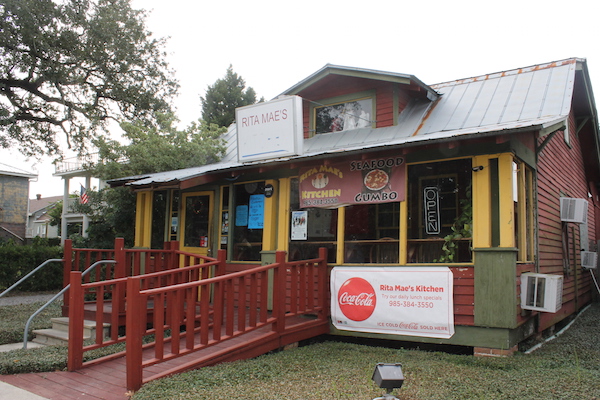 You can also find air boat swamp tour companies in Morgan City; we decided to shop in historic downtown Donaldsonville. If you go, try the white chocolate bread pudding at at the Grapevine Café. Alternately, the Cajun Village in Sorrento features specialty boutique and souvenir shops in fully restored Acadian dwellings common in the Plantation Era (see photo above). We enjoyed café au lait and beignet at the Coffee House. 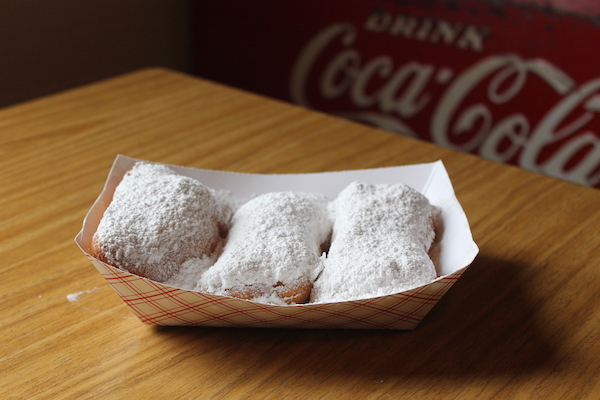 If you stay for the weekend, consider renting one of the  Pierre Part Cajun Retreat 9th century-replica Cajun cabins located on Pierre Part Bay. We enjoyed a full kitchen, separate bedrooms, and views of the Pierre Part Bay. Visitors cross the street to a private wildlife viewing/fishing dock. 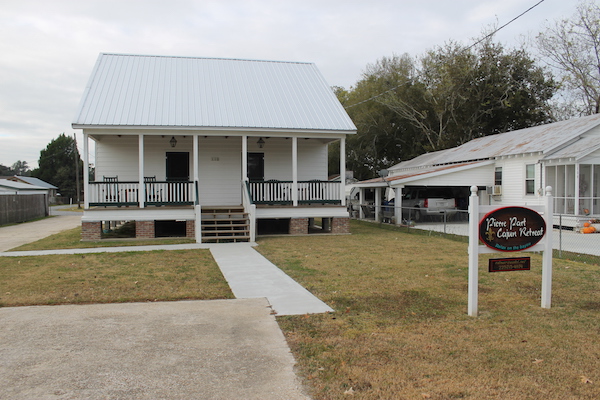 We enjoyed watching these fisherman pull a catfish from the depths of the murky water. Changes are you’ll spot eagles, cranes, and other migratory birds. 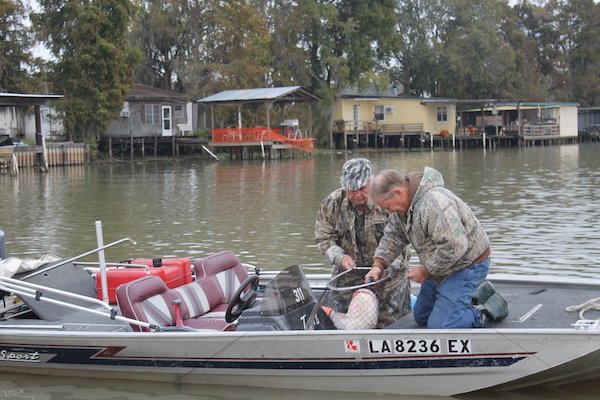 In all, enjoyed our time experiencing the history, culture, food, livelihood, and industry all centered around waters of the Atchafalaya Basin. 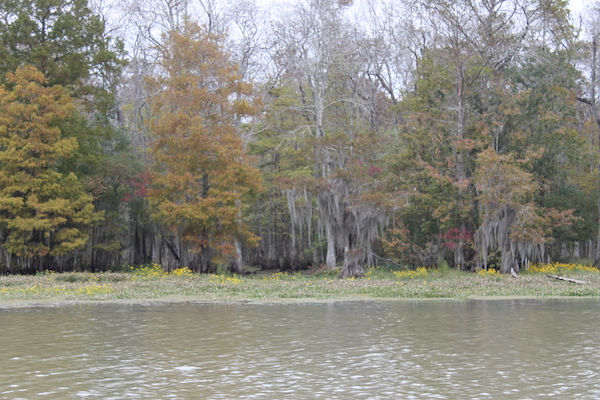 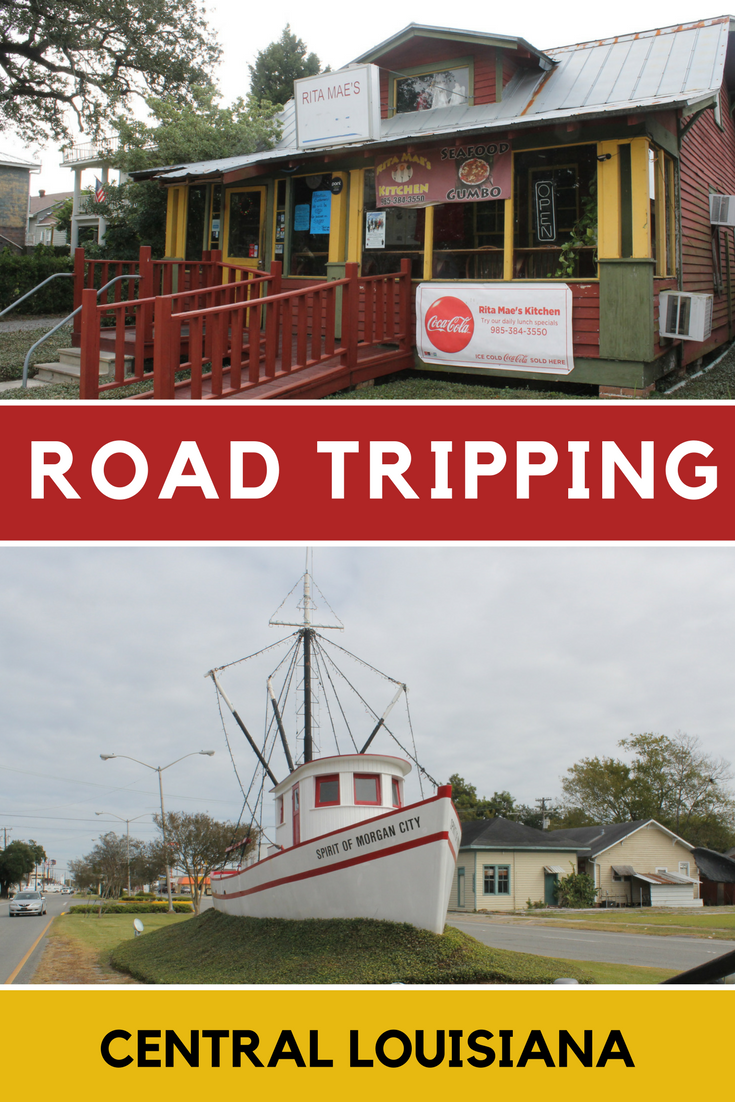