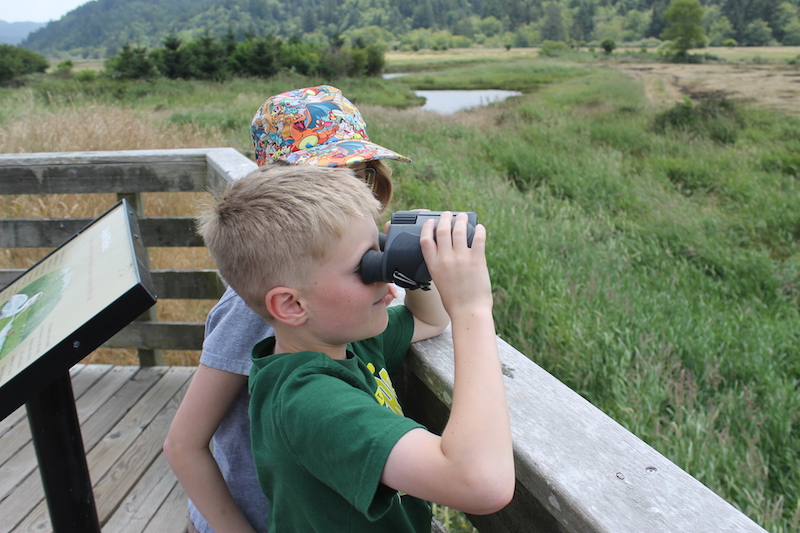 Later this summer, my family and I will take our first official road trip and I’m really excited. We’re taking off two weeks to drive from Washington, DC to Boston, making various stops along the way at historical attractions, water parks and museums.

We’ll pack the usual road trip gear to keep the kids entertained, like the iPad, portable DVD player and coloring books, but really, there’s only so much you can play, watch and color over several hours. Plus, I want to actually interact with my kids, at least until they start harassing one another. So we’ll play some car games too, games where my kids will be thinking about science (and they won’t even know it). Here are five of my favorite games to keep kids occupied and learning on any road trip.

Play Animal ABCs: Starting with A, have your kids take turns naming an animal that starts with the next letter. So one child might shout out “antelope” and the next calls out “butterfly.” Make it more difficult by limiting animals to furry ones or those that swim. Take time to discuss what the various animals may or may not have in common. Alternatively, players can take turns starting with the letter A having other players ask yes or no questions to guess the name of the animal.

Take the Species Challenge: Players take turns choosing an animal, then going back and forth to name other animals of the same species, like mammals (e.g., dogs, cats). Or, mix it up by having each child name a different animal in the same family, like dogs (e.g., dachshunds, poodles, etc). You can then ask your kids to share what’s the same and what’s different about each animal in the species or family.

Nature Bingo: For this game, pick up a plain, metal lunchbox and some small magnets. Create bingo cards with either nine or 25 squares. Draw different animals, trees, clouds and water sources (e.g., creeks, rivers) kids may see along the way. The magnets will keep the cards attached to the metal box and will keep bingo chips from falling on the floor or into the seats. Discuss the differences and distinguishing characteristics between the various categories on the bingo cards as each space is filled.

Name That Structure: Have your kids take turns identifying various man-made structures they see out the window, like barns, toll booths, restaurants, etc. When the kids are ready, kick the game up a notch by having them narrow the focus by color or building material (e.g., bricks, wood). But don’t stop there. Get them thinking about how each structure was built. Have them tell you more about their observations (e.g., rustic farmhouse, old bingo hall that’s no longer in use).

Get Your Head In the Clouds: Last year, my eight-year-old daughter learned all about clouds and now knows that cirrus clouds are the thin, wispy clouds, while cumulus clouds are the big, puffy clouds. So why not take turns spotting clouds and getting scientific by identifying what types of clouds they are. For smaller kids, identify shapes in the clouds and make up stories about what’s going on in the sky.

Before you go on your road trip, check out the Weather Wiz Kids website. Head to the section on Clouds and you’ll find lots of great information on each type of cloud. Plus, you and your kids will get the scoop on how clouds move and why clouds turn gray. There also several lesson plans to help further learning about clouds and weather.

Are there any games you like to play in the car with your kids? Leave a note in the comments section below.

Erin Gifford is a mother of four who has a family travel blog, Kidventurous, which was recently chosen as the Best Family Travel blog by Parents magazine. Follow her on Facebook and Twitter for family travel advice and deals.