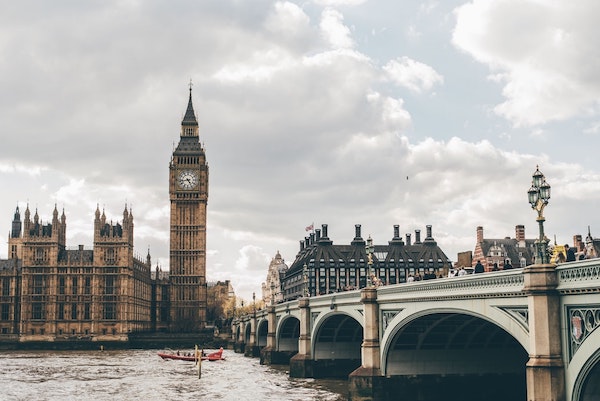 London is one of the greatest cities on Earth. It is packed with history, culture, architecture, and modern developments that come together to make a sprawling, magic, metropolis. To really take in everything London has to offer you need to spend weeks there, but you can still cram a lot into a single day.

Here’s what to do if you have a 1-day layover, or are planning a day trip from elsewhere in the country.

To see everything (or as much as possible, let’s be honest) in a single day, here are the rules:

If you enter London from Heathrow, on the Eurostar, or on a National Rail train from the north you’ll arrive close to a Piccadilly or Victoria Line Underground Station (either Heathrow, Kings Cross St Pancras or Euston). Start here and head to Green Park.

This will bring you out in Green Park; from here walk south and you’ll arrive at Buckingham Palace. Spend some time admiring the architecture, the gates, the fountain outside, and the long Mall lined with Union Jacks.

Then, walk through St. James’s Park (the one with the big lake that’s the other side of the road to Green Park). Here, you’ll arrive at the Palace of Westminster and the famous Big Ben. Check out the statues in Parliament Square, and quickly hop over the road to look at Westminster Abbey.

Head back to Big Ben, walk part way over the bridge to get a look at the Thames and the London Eye. After a selfie or two, walk back the way you came and take the second right to head north up Parliament Street.

In the middle of the road you’ll see the Cenotaph where poppies are laid every November, and on the left you’ll reach Downing Street, the famous street where the Prime Minister lives.

Keep walking north and you’ll find yourself at Trafalgar Square. Look up to admire Nelson’s Column and check out the lion statues that guard the fountains. 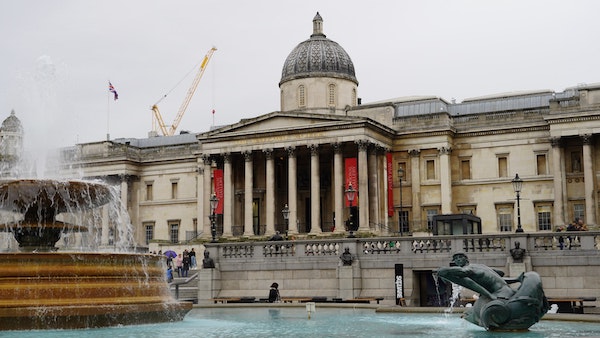 Trafalgar Square with the National Gallery in the back

After looking at the National Gallery building, follow the road that’s on its left and head to Piccadilly Circus. Once you’ve checked out the wall of screens, walk East along Coventry Street and you’ll arrive at Leicester Square, the location of film premieres in the capital. Once you’re done here, keep heading along the same road (it changes its name to Cranbourn Street), until you reach Covent Garden.

As you walk along here, be sure to look out for some of the fantastic architecture, including:

After checking out Covent Garden, jump on the tube and use the Piccadilly line to get to Hyde Park Corner. Get off and admire the vast greenery right in the centre of the city. Take a short walk in if you like until you reach the lake, where you’ll likely find swans, geese and ducks.

Then head south, crossing the road and heading down a side street until you reach a road called “Knightsbridge.” Around here you’ll find lots of beautiful buildings and you’ll likely see plenty of luxury and even supercars on the streets.

Walk southwest until you reach the famous Harrods department store. Take a quick trip inside if you like, although don’t spend too long looking at the price tags that are bigger than your phone number.

When you’re done here, leave and turn left. Keep heading south west. You’ll then reach the Natural History and Victoria and Albert Museums. Again, you can take a quick peek inside (especially the Natural History Museum if you want to check out the giant hall and the whale skeleton).

From here, head north back towards Hyde Park. Before you get there, you’ll find the Royal Albert Hall, and the Albert Memorial across the road, then head west and then north to get to Kensington Palace.

Once you’re done here, head north again until you come out on the other side of the park. Enter the Queensway underground station and head one stop to Notting Hill Gate. Here you’ll find some unique looking houses, the outsides of which are often used in movies set in London.

Go back to Notting Hill Gate station and take the Central Line for around 15 to 20 minutes. Get off and you’ll find yourself in the city of London and right outside the legendary St Paul’s Cathedral. The London Stock Exchange building is also here.

Your next option is either to walk, get a bus, or the tube to Bank station. Get off here and check out the stone building of The Bank of England.

Head southeast along King William Street and you’ll arrive at the Monument to the Great Fire of London. If your feet aren’t hurting and you like a challenge, you can pay £5 to climb the steps to the top; be warned though, it’s steep. 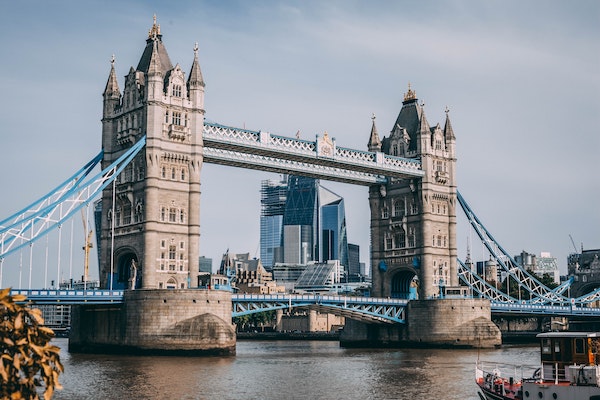 Next, you can walk, get the bus, or take the tube from Monument to Tower Hill. Head out, and this is where you’ll find the Tower of London and the famous Tower Bridge. You’ll also see HMS Belfast, which is permanently docked in the River Thames, and the Shard (the triangle shaped skyscraper).

Next, head north to Tower Gateway DLR station. There are no barriers, so make sure to tap in with your Oyster/contactless card. Head to Canary Wharf. If you’re lucky, you can sit in the front on a DLR train.

Admire the tall skyscrapers of Canary Wharf, and head back to the DLR. Head to Royal Victoria. From here, get off and walk to the Emirates Airline. Use your Oyster/contactless card to get in, and admire the view over the city as you pass over the river in a cable car.

Walk through the grounds of the O2 arena, built originally to celebrate the new millennium. Then get a bus over to the Royal Observatory. Times and routes can vary, but the 129 and 188 take around 15 minutes, so sit on the top deck and enjoy looking down on Greenwich.

Take a photo of yourself standing either side of the Prime Meridian, and then walk north again to Cutty Sark, an old clipper ship once used to transport goods around the world.

Before the London Underground was built, some foot tunnels were dug under the city. One is next to Cutty Sark; take the lift or steps underground and walk under the river. When you emerge on the other side, you can enjoy the view from Island Gardens, and then take the short walk north to the DLR station.

From here, head to wherever you need to go, the airport, your hotel, or home. Congratulations, you’ve just seen all the major sights of London is a single day. Now go put your feet up.