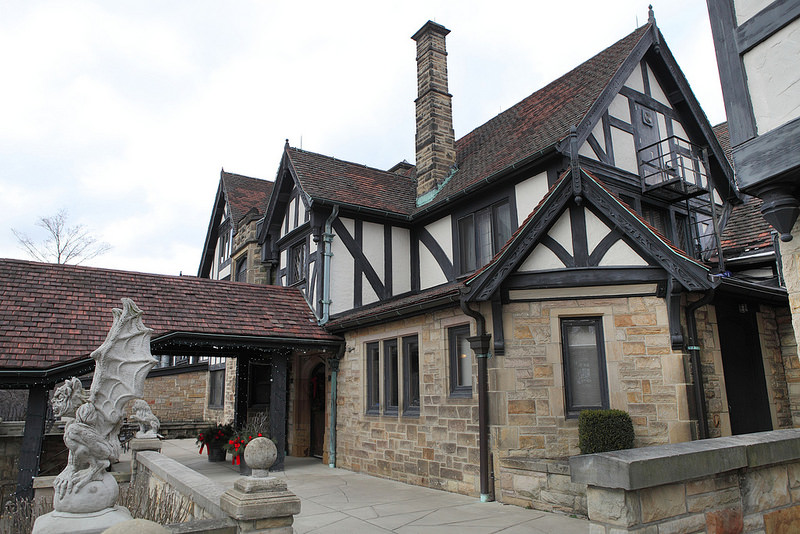 Staying at a themed hotel can be as memorable as a vacation itself. With extensive coverage on some of the most unusual hotels in the world, for instance the Lord of the Rings fans can indulge in their love of the fantasy word at The Hobbit Motel in New Zealand. For something a little more high tech, the Henn-na Hotel in Japan is an excellent choice. Or, why not go all out for some spooky fun, at one of the haunted hotels located right here in the United States.

This unusual accommodation in Massachusetts is based around one of the most famous murder stories in history. The real story of Lizzie Borden is different from the popular rhyme, which talks about her giving her mother forty whacks. But, the aura at the bed and breakfast is still pretty spooky. The venue is decorated with many photographs of the crime scene. If you choose to stay here, you may just encounter the ghosts of Lizzie’s father and stepmother; they are both said to walk the hallways.

As you would expect from the name, this hotel is located in Big Sur, California. If you believe set designer Ellen Brill, this accommodation is haunted by the guy who built it. He was known as “Grandpa Deetjen” and Brill claims to have heard him walking around in the cabin long after he walked there in life.

This is one of the most famous haunted hotels in the world, having inspired the movie The Shining. If you have seen the children in the movie, you may actually encounter their laughing for real, if you stay here.  You can also watch the famous movie all day every day, at this Estes Park, Colorado hotel; it’s played on an internal cable channel, continuously.

The 1886 Crescent Hotel and Spa

If you have the courage take a trip to Eureka Springs, Arizona and stay at what is claimed to be the most haunted hotel in the US. When the hotel was first built, it was a luxurious place to stay. It was not until it’s later association with fake doctor Norman Baker that it’s spooky history commenced. Baker gave fake treatment to people, and experimented on them. It’s these people that are now said to haunt the hotel; as well as the fake doctor, himself.

In Northern Ohio, Punderson Manor is a stately Tudor style manor house overlooking Punderson Lake, the scene of  scene of numerous drownings over the years, including that a young woman  in a boating accident in the 1970s. Hotel guests regularly hear noises in unoccupied rooms, report moved items, and capture green orb like markings in their vacation photographs.

If you are brave enough to mix with the ghosts of people from the past, why not take your next vacation at one of these spooky locations. It will be an experience you are unlikely to forget.

Yellowstone in a Day

How to Plan Your Last Minute Vacation