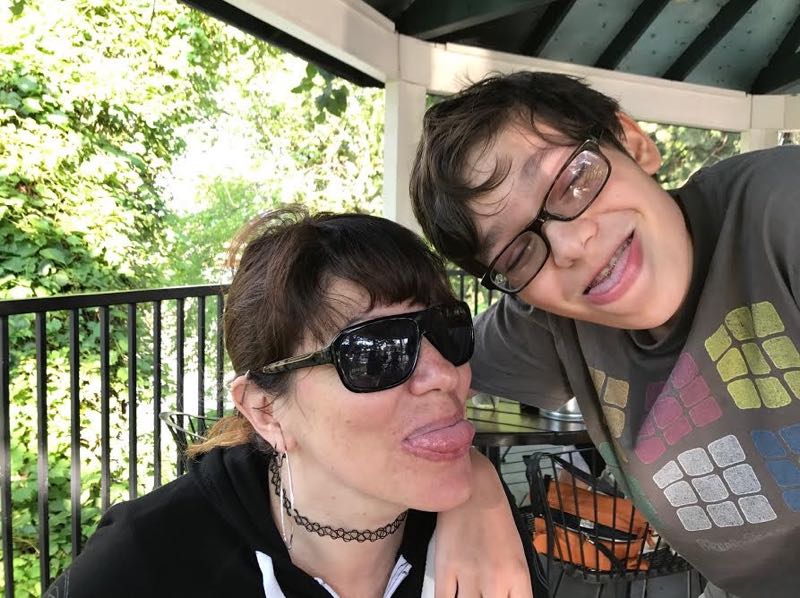 When I realized my son, Levi, was very serious about solving the Rubik’s Cube – he can unscramble the puzzle in less than 10 seconds or around 17 seconds using only his left hand – I agreed to start taking him to competitions.

Last year, we flew to the Rubik’s Cube Nationals in Portland, Oregon, but this year, because they were in Fort Wayne, Indiana, we decided to drive. It could have taken under five hours to get there, but because of heavy traffic in Chicago (surprise, surprise), it took more than six hours.

It had been a long time since I road tripped with my son. I wondered if, other than twisting the Rubik’s Cube, he’d be interested in any non-screen-related car activities. So I researched before our trip and brought along a few possibilities.

Things didn’t start out well. Within the first mile, he put on his headphones.

“What are you listening to?” I asked cheerfully.

I decided to let him chill out for the first 30 minutes before I told him I thought it would be fun to play some classic “car games” to pass the time together.

“So you want to travel like it’s 1980?” he asked. (This is the same kid who cracked up when I told him I once had a MySpace page.)

I suggested we play “The Pun Game,” a game that just a year ago he and I played all the time – at home, while driving, before tucking him in. It’s a simple concept: one person picks a word and then both of us have to come up with a pun about that word and then we decide who’s pun was better.

“Do you want an Ibuprofen?” I asked.

I remembered to “pick my battles” and proceeded with the game. I announced the word was “lemonade” and then started to think up a lemonade-related pun.

“I’m too sour to play this game,” he said, smirking. I had to give him credit for using a pun to quit the game he never agreed to play. I wanted to say, “You used to love the pun game” but I knew that would mean nothing to him and probably just annoy him.

Thirty minutes passed, he watched an anime cartoon on his phone and finally I asked, “Wanna play Mad Libs?”

Again, I ignored his response and said, “I need an adjective.”

At first he said nothing, but then, slowly, I think he remembered that Mad Libs are actually pretty fun. (I’ve also learned that sometimes teens shut down for unknown reasons, but then need the space and time to return to the moment without being questioned or chastised.)

“Silky is an excellent adjective,” I said, writing it down.

We played two rounds of Mad Libs and both of the finished pages brought out enthusiastic belly laughing from both of us. He might have been trying to “trigger” me (popular teen expression) with his word choice, but I didn’t even wince when he chose nouns like “murder” and “nail clippings.” And I secretly loved when I asked for the name of an animal and he said, “albino flamingo.” (A younger Levi would have just said “dog” or “cat.”)

The difference between a road trip and a very long drive is, in part, snacks. (I might have said something else in college.) However, he was completely uninterested in the pickles, peanuts and water I brought along.

A few hours into the ride we stopped for gas and I told him he could have anything he wanted from the convenience store.

“An-y-thing?” he reiterated. I thought for a second, I was not going to get trapped here. If I said “yeah anything” he would probably suggest an entire box of Bomb Pops or a case of Mountain Dew.

“Fine, anything within reason,” I said, not really being sure what that meant.

He picked out a “blue frost” Gatorade, which he immediately started calling “Hate-or-ade” and repeated it four more times to make sure I caught his cleverness. He also got a super long Slim Jim thing. He could have done a lot worse, I thought, eyeing the Hostess Ding-Dongs and ridiculously large selection of energy drinks. 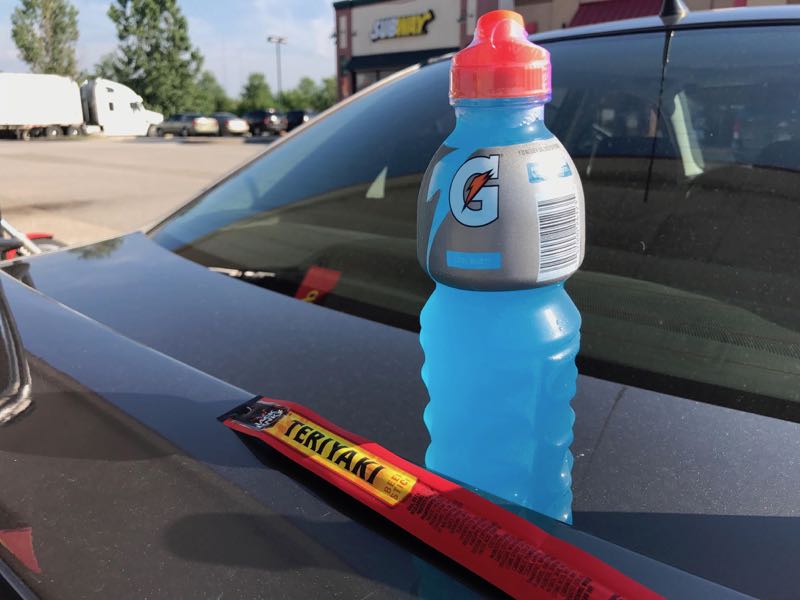 Back in the car, he started cubing again, so I didn’t suggest another game for an hour. I tried to engage him with the “Alphabet Game” – the one where you have to find the letters of the alphabet in order on signs or license plates – but he played exactly 1/26th of the game. Consequently, my partner and I played 25/26th of the game.

While in a traffic jam he announced he had to go to the bathroom. “I dunno what to tell you,” I said. “We’re stuck.” Ten more minutes went by, and I could tell by the tone of his voice he really, really had to go. But he didn’t whine or weep or melt down. Instead, he had a suggestion and, after I agreed, proceeded to pee, discreetly and drop-free, into the Gatorade bottle. Gross, yes, but also resourceful.

About 30 miles from Ft. Wayne, I offered to sit in the back seat with him and read, “To Kill A Mockingbird,” a book he mentioned wanting me to read to him recently. “No, Mom,” he said. “That’s weird.”

But the best part about traveling with my teen was that it took a glorious 150 minutes before he asked “Are we there yet?” and he never asked again. I also loved how long he stared out the window, watching the farmland fly by, listening to undisclosed music through headphones. I wondered what he was thinking about. Girls? Boys? Rubik’s cubes? How annoying his mother can be? Suddenly, I was completely and appreciatively in the moment with my 14-year-old son and his backpack filled with Rubik’s cubes.

Thirty miles from Ft. Wayne, I decided to try one more time-passer. “Wanna sing ’99 bottles of beer on the wall?’” I asked. He looked at me, blinked slowly and said, “No, Mom. I really, really don’t … But thanks for letting me pee in the bottle.” 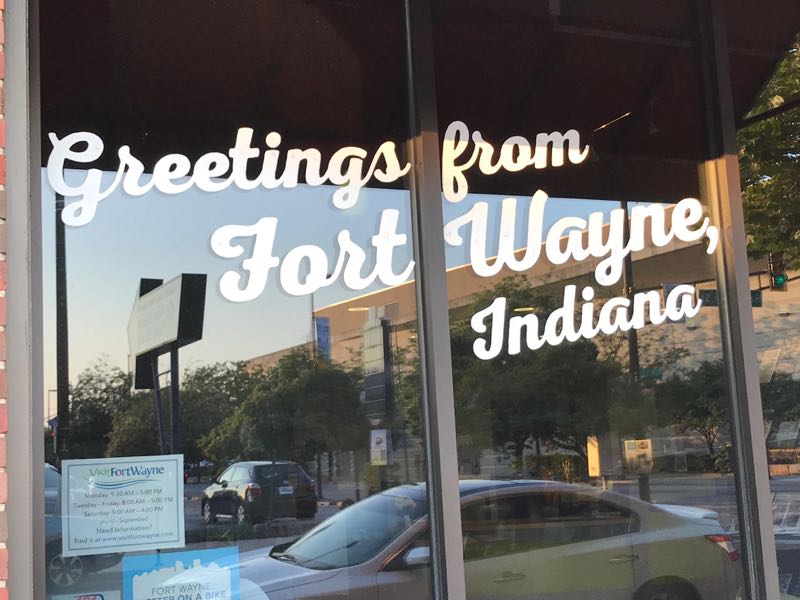 About the Author: Professionally, Molly Snyder is a Milwaukee-based writer, editor and idea maker, but these days, she’s also a taxi service for her two teenaged sons. When not driving to malls or movie theaters, Molly is contributing to thefamilybackpack.com, a new website designed to make family travel planning easier. She is also a senior writer and editorial manager at OnMilwaukee.com.