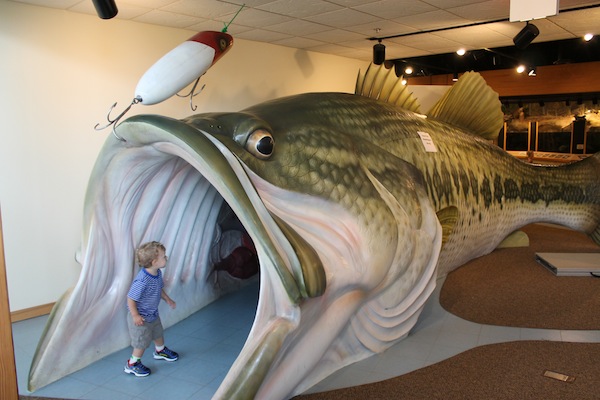 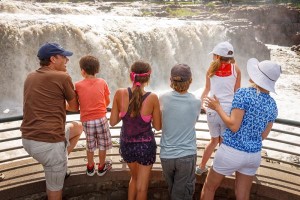 Sioux Falls is named for the falls that cascade near its downtown. Walking trails, a free viewing tower and thousands of gallons of pounding waterfall action bring visitors from all over the world. Any significant rain falls, and the locals head down there for some ground shaking, water spraying entertainment. Don’t get too close to the water, though; the local dark pink Sioux Quartzite stone that creates the falls can be slippery. Be sure to check out the Overlook Café and the gift shop at the base of the tower for some great local t-shirts and gifts. 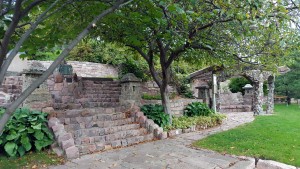 The delicate stonework of the Japanese Gardens at Terrace Park in Sioux Falls is a stark contrast to the heavy pink Sioux Quartzite seen throughout the city in parks and buildings. Starting in the late 1920s, many types of stones were used to create the gardens, which included arbors, stone lanterns and ponds. During World War II the park’s name was changed to the Chinese Gardens due to the war against Japan, but eventually it became known again as the Japanese Gardens. It’s a photogenic place, much loved by locals for photos, where visitors see unique stones, architecture and plants uncommon to the area. 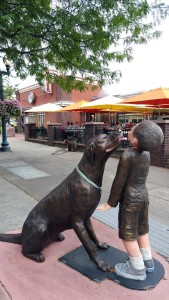 Any time of year families visit the downtown streets to see the largest annually changing outdoor sculpture exhibit in the country. Sculptures range from very modern art to traditional sculptures of kids and dogs playing. The exhibits are even more fun to see when families carry the free guides located in boxes throughout the walk. Kids and adults can choose their favorites and vote for the People’s Choice award – an award bestowed on only one sculpture a year and that sculpture is purchased and made permanent in the city. The SculptureWalk attracts artists from all over the world, including

Need a place for a quiet walk, or a place to let the kids run off some 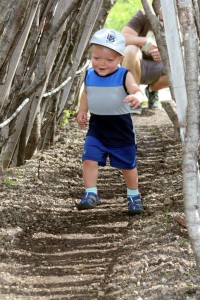 Have some fun outdoors at The Outdoor Campus in Sioux Falls, South Dakota. Photo: Cathy Buchheim

steam? The free Outdoor Campus has three trails of various lengths that go through tall grass prairie, woodlands and next to a pond teeming with fish, frogs and other wildlife. The trails are always open until 10 p.m. If you get there during business hours, the building has a 3,000 gallon freshwater fish aquarium inside and an indoor nature play camp for kids. The park itself also has tons of outdoor playground equipment and is home to the Sertoma Butterfly House and Marine Cover (entrance fee required there). 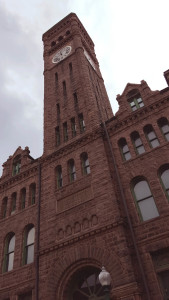 The Old Courthouse Museum’s clock tower has told the time in Sioux Falls, South Dakota since the late 1800s.

This history museum has items that will interest all ages, not just the grown up history lovers in the family. The clock tower building was built from native Sioux Quartzite stone in 1893 and served as the Minnehaha County Courthouse for nearly 70 years before it was made into a museum. The exhibits range from How to Be a Prairie Traveler, to baseball to American Indian artistry. Donations are accepted at the friendly front desk, and visitors should make a stop at the gift shop featuring locally made items, books and souvenirs for the kids. 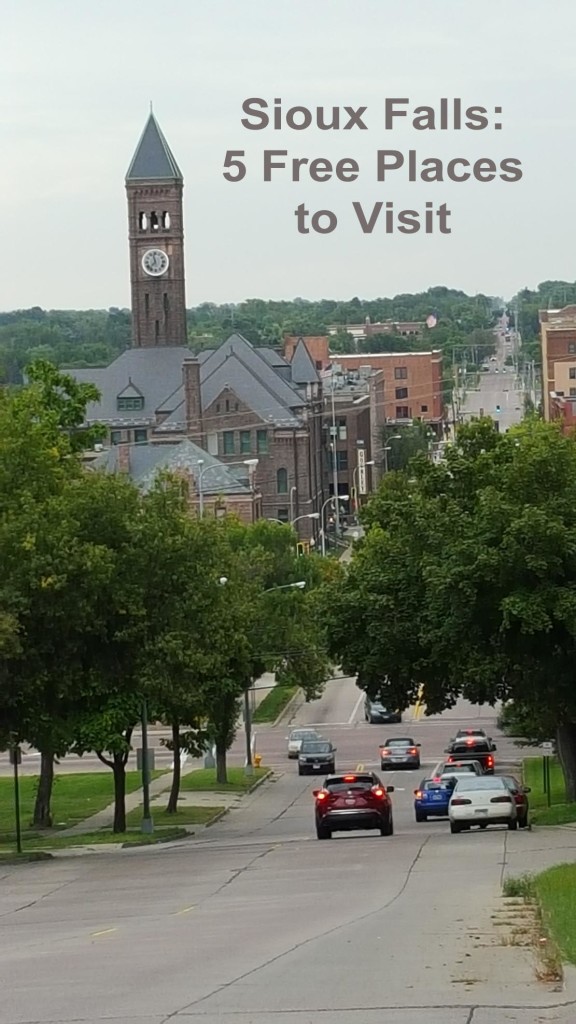 Less than 40 minutes away from Sioux Falls, the Little Village Farm-turned museum is an excellent place to take your kids. Learn more in this blog.

The Central Oregon Coast in 50 Miles