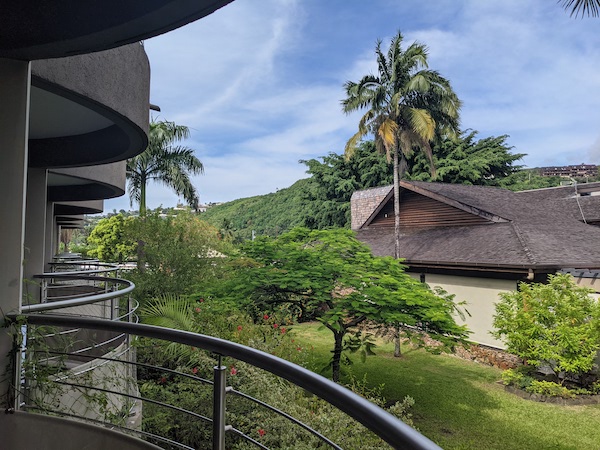 Time has gone by so fast already this year! Last December I visited three islands of Tahiti. I promised more articles about the personalities of the islands we went to, and the highlights that we discovered on the three that we went to: Tahiti, Moorea, and Huahine. Today, I’ll start with Tahiti.

The country is known as Tahiti, but the main island is also known as Tahiti. The island of Tahiti is divided into two parts: Tahiti Nui is the bigger, northwestern part, and Tahiti Iti is the smaller, southeastern part. Tahiti and her islands are also sometimes called the Windward Islands, which are themselves part of the Society Islands, a group of many islands which make up French Polynesia.

The most prominent settlement is Papeete, which is located on the northwestern edge of Tahiti Nui. Papeete is Tahiti’s capital and administrative center of French Polynesia as a whole. More than two-thirds of the population of French Polynesia lives on Tahiti. According to tradition, the original Tahitians were Polynesians who arrived from another of the Society Islands, Raiatea. 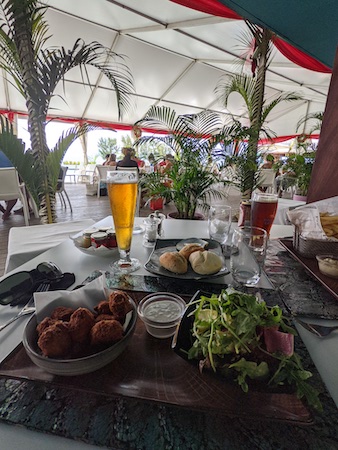 Chances are, your flight will arrive in Papeete, and from there you will travel to your destination hotel or rental house. We stayed at the Manava Suite Resort Hotel in Papeete, which we loved. We spent less time on Tahiti than the other islands we visited, but there was much more that we could have seen here. We spent two days here on the beginning of the trip and two nights at the end of the trip. We went to the market on the first day we were here, because we weren’t sure we would have time on the way back. 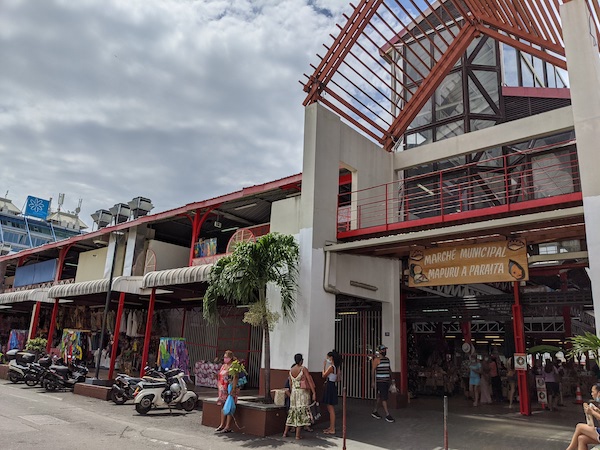 The market is downtown, near lots of shops and restaurants. It’s not walkable from the Manava, and taxis are kind of expensive. It is possible to hop on a bus, although we were told that the buses do not come at reliable times. However you get there, if you’re staying somewhere where you have a kitchen, you’ll definitely want to hit up the market as one of your first stops. This is where you will pick up fruit, meat, and fish, as well as any pareos, or sarong-style rectangles of fabric with bright colorful designs. Each vendor has their own prices and designs, so shop around. Even if you would rather shop at the supermarkets, visit the market just for the color, sites, and food. Tahiti has the largest supermarket on the islands. It’s called Carrefour ‘Super Marché.’ The largest Carrefour is at Punaauia is just before the Marina, on the right side of the road heading west away from Papeete. 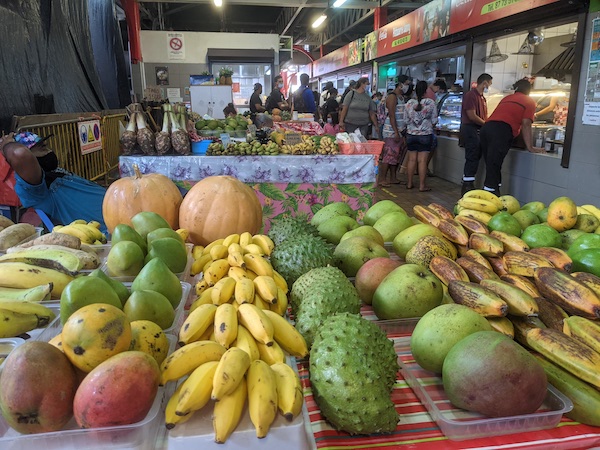 The one thing I would do differently on the next trip is that I would add in an extra day at the end of the trip to visit the market at rather than going at the beginning. We weren’t sure what we should buy from the market as far as souvenirs because we weren’t sure what else we would find throughout the trip. If you build in a market day at the end, you’ll know the types of souvenirs or last-minute gifts that you should look for based on what else you saw on your trip. The one thing I recommend buying is the little bottles of Tahitian monoi oil. Different vendors sell it for different prices, so definitely look for the best deal. It smells heavenly and feels so good on your skin! 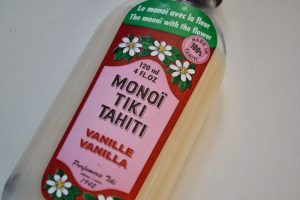 Don’t pass up the monoi oil!

The Museum of Tahiti and Her Islands 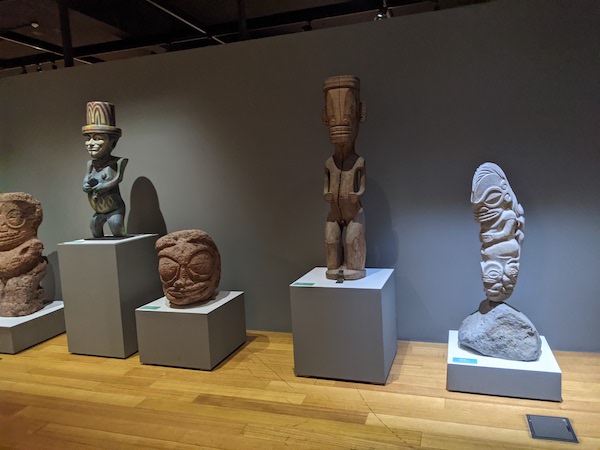 Since we visited the market at the start of our trip, we decided to visit the museum at the end. My partner and I seek out art, so we love visiting museums, but even so we are so glad we found this place. The collection at the time was about tiki guardians throughout history, starting with some early examples and ending up with some very modern interpretations that we loved. It also has other collections of Tahitian artifacts. Not only that, but it’s set on a beach with a botanical garden with native plants. It’s a perfect spot for a picnic and you’ll likely see body boarders on a nearby reef. The beach here is filled with large black rocks which lead to a black sand beach. 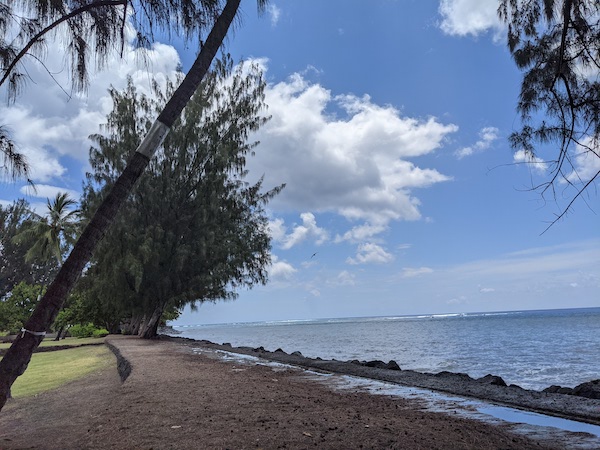 The French artist Paul Gauguin lived on Tahiti in 1891–93 and 1895–1901. There was a Paul Gauguin Museum on the southern coast, which contains a number of his paintings. Last we heard, the museum had closed, but Gaugin is so well known for his artwork based on these islands that it hopefully will open again.

You can find an amazing lookout at the top of the hill a 20-minute walk up the hill from the Tahiti Pearl Beach Resort. You can also see the nearby island of Moorea here.

Visiting Markets During the Pandemic

Since we were there during the pandemic, we were extra careful. We wore our masks when we were in public markets or the grocery stores. Whenever we sat at a public table we used sanitizer and wiped down the table. People on shops downtown were following social distancing regulations, by limiting the amount of people in the store and requiring masks. But for the most part, the people on the streets were not social distancing. People crowd close together in the markets and grocery stores, and were often not masking. We did not catch covid on our travels, so I believe that basic precautions really do work.

Visits who speak French will feel right at home, as everyone speaks French, and the locals, of course, speak both French and the local Tahitian language. We don’t speak French, and though there were some language barriers, we got along fine. As you embark on your visit to Tahiti, here are some words you will here everywhere: