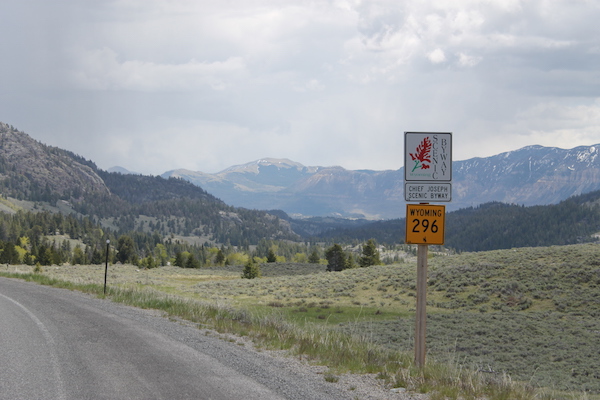 After spending two full days barely scratching the surface in Yellowstone National Park, I exited through the Northeast Entrance in the direction of Cody, Wyoming.

Anticipating a quick 68-mile, and relatively flat drive into Buffalo Bill territory, little did I realize the Chief Joseph Scenic Byway would bring me through the splendors of the Shoshone National Forest.

The byway, also known as Wyoming Highway 296, runs nearly 46 miles between US 212 and Wyoming Highway 120 (seventeen miles north of Cody). The road follows the route Chief Joseph traveled as he led the Nez Perce Indians away from the U.S. Cavalry in 1877.

Snaking through the valley floor of the Absaroka Mountain Range, the two-lane paved road gradually winds and weaves to a climb that is neither for the hurried nor novice driver. 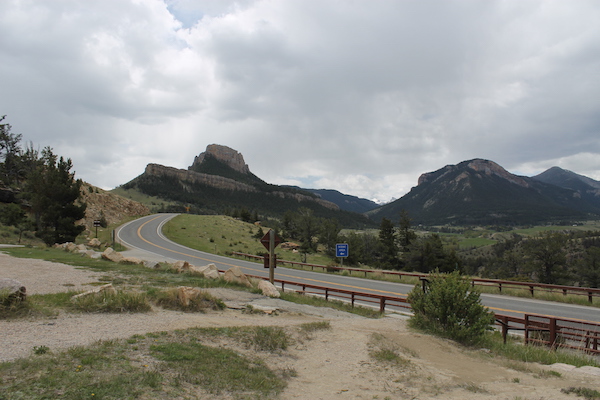 Pullout points allow for scenic photos, with a gravel parking lot and pit toilets near the breathtaking Sunlight Bridge spanning the terrifyingly deep and rocky gorge cut by the roaring rapids of Sunlight Creek. 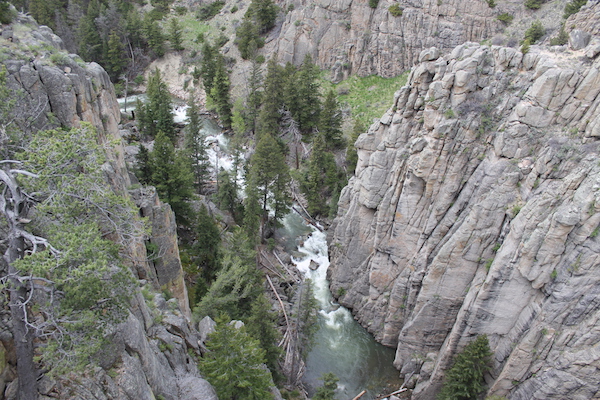 Shortly after the bridge, plaques and markers at the top of Dead Indian Pass describe historical accounts of the Nez Perce War. The pass is located near Dead Indian Creek, Dead Indian Gulch, Dead Indian Mountain, and Dead Indian Mesa, all of which present an opportunity to discuss or ponder both the lasting impact of war and ethical behavior between human beings. 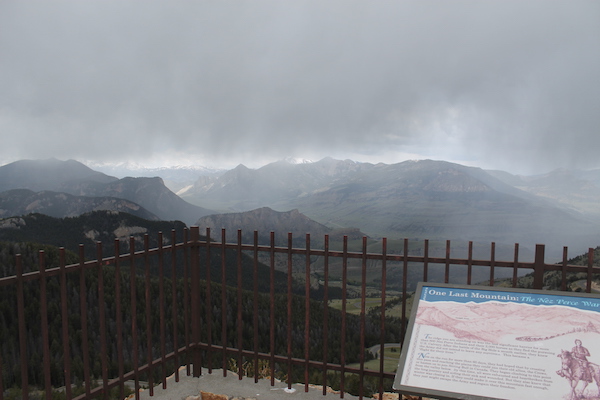 Descending towards Cody, the landscape changes to buttes and hillsides covered in red clay soil. Pens of branded cattle mark the beginning of a flat expanse of grassland stretching as far as the eye can see.

A sprawling metropolis compared to the mountainous country dotted by the occasional ranch or rustic cabin, Cody is a fine place for a hearty meal and a comfortable bed. 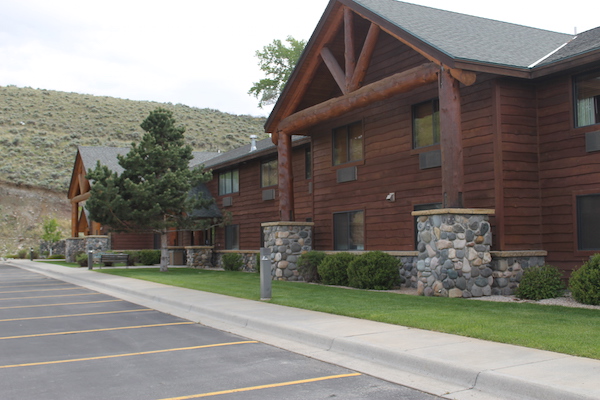 Ready for a hot shower and decent cup of coffee after camping the previous night in Yellowstone, I checked into a two-room suite at the AmericInn and seized the opportunity to re-group and relax. I gladly ran a load of campfire-scented dirty laundry while scoping out amenities that include a sauna in the pool and spa area.

As I just wandered down to the front desk for a fresh chocolate chip cookie, a group of friends is playing a lively game of cards at the tables near the field stone fireplace in the hotel lobby. The sound of laughter makes me happy after such an unexpectedly reflective, yet rewarding, day on the open road. 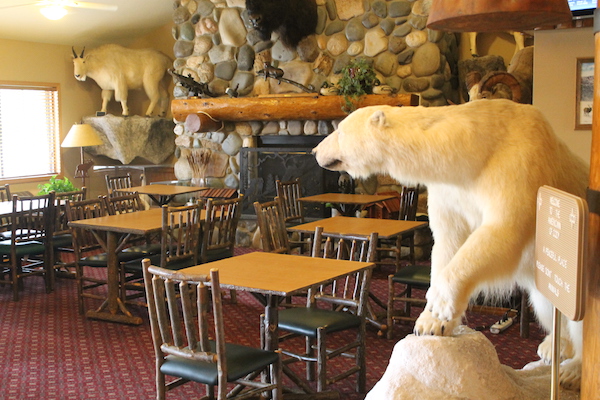 I’m writing this story as part of a spontaneous adventure exploring the sites and scenery around AmericInn locations in Idaho, Wyoming, and South Dakota. AmericInn is giving away ninety-two $200 vouchers as part of the Fill-Inn-to-Win game running through August 31. Read more information here: https://www.roadtripsforfamilies.com/americinn-fill-inn-win-game/

Cheapest Places to Travel Each Month of the Year