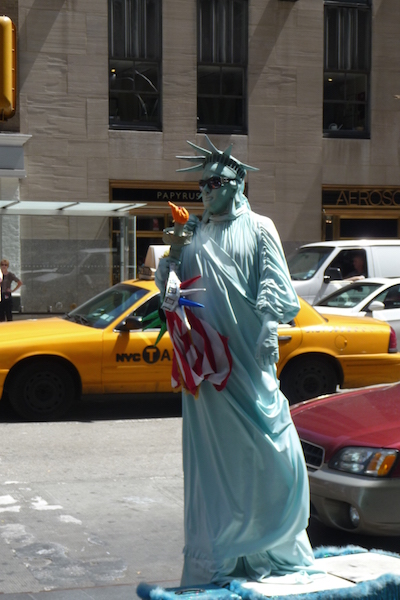 New York, the city that never sleeps, is something you must see in your lifetime. It is one of the business centers of the world, and definitely the heartbeat of America’s economy. Over 10 million people live in New York City, and while it is only the 20th most populated city in the world, it is probably the most recognizable. The skyline of New York is greater than any skyline in the world, and is a symbol of the strength of American capitalism, diversity, and strength.

There is so much to see and do in New York. Even if you lived there your whole life could probably never see it all. Do you really think you could eat at over 34,000 restaurants in a lifetime?

While it is impossible to see and experience it all, whatever you do, you must see the 5 landmarks below. They are New York icons that need to be incorporated into your travel itinerary for your next New York vacation.

Located at the intersection of Fifth Avenue and West 34th Street stands one of America’s icons: the Empire Street Building. Completed during the Great Depression in 1931, the Empire State Building stood as the world’s tallest building for over 40 years. Including its antenna spire, it stands 1,454 towering feet above New York.

It was built in large part because an intense competition broke out in New York City to build the world’s tallest building. Ultimately the Empire State Building fended off the Chrysler Building and 40 Wall Street to take the crown. Although it won the race to become the world’s largest building, it suffered to attract any tenants for almost the first twenty years of its life earning the reputation of being “the Empty State Building.” However, in 1950 the Empire State Building began to become profitable, and has been so ever since. Today, over 110 million people have visited the observation deck on the 86th floor, which offers a breathtaking 360-degree view of New York City.

“The house that Ruth built,” Yankee Stadium, is the Rolls Royce of all major league baseball stadiums. While the current Yankee Stadium is brand new, it still has the same nostalgia of Yankee Stadiums of old. There is no team more American than the New York Yankees, and definitely no team has ever been as successful. The Yankees have won 27 World Series, 16 more than the next closest club being St. Louis with 11.

So go check out a game, grab a hot dog, and appreciate one of the best-known sports icon in all of American sports, the New York Yankees. 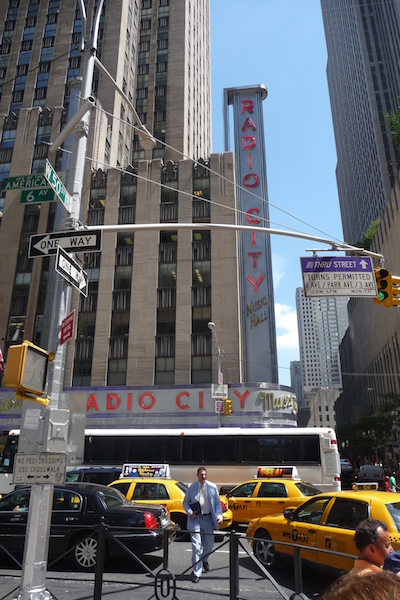 The terrorist attack against the U.S. on September 11th has changed the United States of America forever, and we still feel the affects of that day now. The World Trader Center site, commonly referred to as “ground zero,” has become a memorial to those individuals who lost their life that day.

Nearly 3,000 names are etched on 76 beautiful bronze panels surrounding two memorial pools with waterfalls to remember and honor them. These memorial pools are in the exact spot the towers once stood. Ground zero, once a place of shock and disaster, is now a place to reflect and feel and find peace. The National September 11 Memorial & Museum is also at the complex and is a must see exhibit.

One World Trade Center, previously known as Freedom Tower, is being built and will be completed within the next few years. It will be the third tallest building in the world, and will reach a symbolic 1,776 feet.

Times Square is located in Midtown Manhattan at the junction of Broadway and Seventh Avenue and stretches from West 42nd to West 47th. Times square is brightly colored, always light up, and is the heart of New York’s Broadway district.

Times Square is the world’s most visited tourist attraction, with over 39 million tourists visiting each year. Go see a show, walk through one of the world’s busiest intersections for pedestrians, and hear a tune from the Naked Cowboy who has become a popular fixture in Times Square. 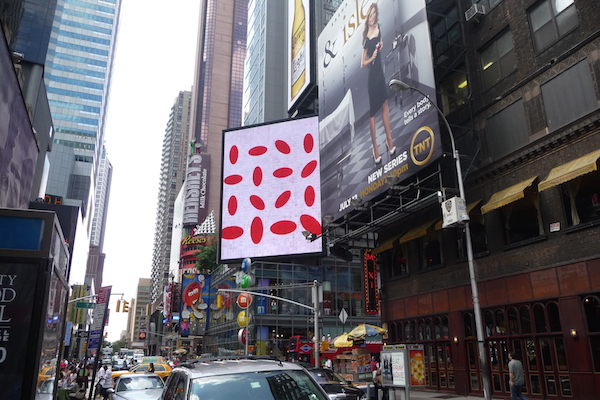 Located on Liberty Island in New York Harbor, Times Square has become an icon of freedom in the United States. The statue was a gift from France, and represents Libertas, the Roman goddess of freedom.

3.2 million people visit the statue every year, and you can hit up Ellis Island before coming back to Battery Park via ferry at the same time. If you’re in New York, you have to visit the Statue of Liberty.

Dan Patterson works for CityPASS. If you’re planning a trip to New York, make sure to check out the list of New York CityPASS attractions and also check out our list of things to do in New York City.

Summer Beauty in the Adirondack Mountains

Top Four Ways To Experience NYC With Kids This September