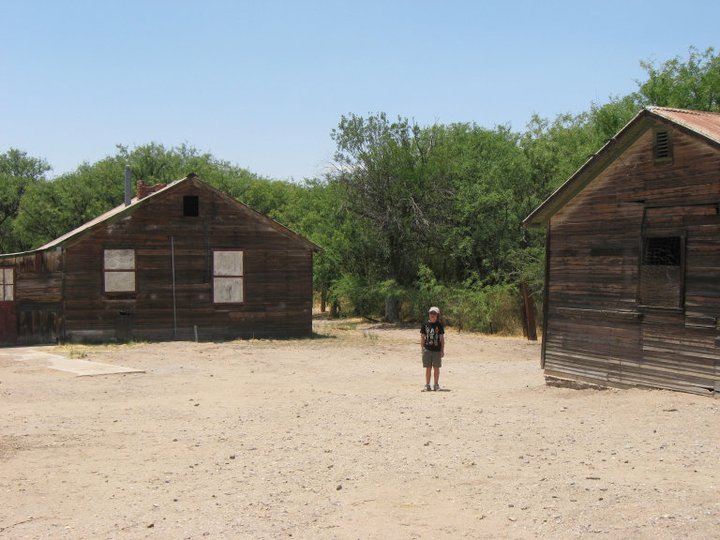 When people think of Arizona ghost towns, Tombstone and the famous shootout at the O.K. Corral is probably one of the first things that comes to mind. However, the reality is that “The Town That’s Too Tough to Die” is still well-populated — which doesn’t exactly qualify it as a ghost town — and it’s also a hot tourist attraction for the area, which isn’t quite the experience you want from a ghost town visit.

Real adventure lies in exploring some of the ghost towns in Arizona that are off the beaten path and no longer truly occupied. Whether you’re in the area already to partake in a dude ranch vacation and want to soak up more of the Wild West, or are simply passing through on a road trip, spending a day or two (or three) visiting these ghost towns will create many lasting memories as well as provide fantastic rustic photo opportunities.

So, what are some of the best ones you should check out?

Located just four miles north of the Mexican border and 50 miles south of Tucson, Ruby is a historic gem of a town that’s worth visiting to get a glimpse at Western life 100 years ago. Miners were drawn to the area in 1877, the prosperity of the mine causing the population and life of the town to boom well into the 20th century. But the mine closed in 1940 and Ruby was completely abandoned by 1941. 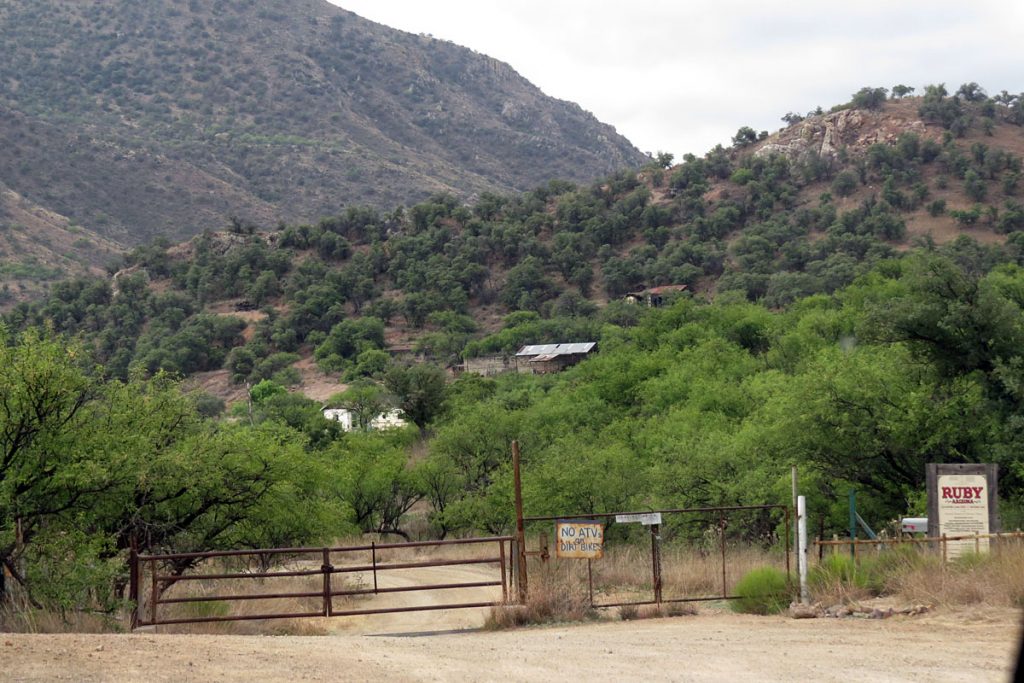 The entry gate to Ruby, one of the best-preserved ghost towns in Arizona.

Where to stay:
Find family-friendly accommodations near Ruby, Arizona from traditional hotels to private vacation rentals:

The town has a bit of a gruesome history too, as it is the location of the largest manhunt in the history of the Southwest after three double homicides occurred between 1920 and 1922. Today, Ruby is filled with many empty buildings left behind such as a schoolhouse and post office, and other signs of the town’s former life such as a playground and mining equipment.

Settled right along the San Pedro River in Cochise County, the town of Fairbank was lived in and functional from 1881 to the 1970s. Since it’s located just a few miles from Tombstone, it acted as a railway stop and major connection point between there and the rest of the country. At its high point, only about 100 residents lived in Fairbank, which declined slowly over the years until everything was completely deserted.

Where to stay:
Click here to find family-friendly accommodations near Fairbank, Arizona from traditional hotels to private vacation rentals.

It’s a fun footprint in history to visit and get a taste of life in the Old West. There are still many structures to hike around and explore such as a building that housed the post office, saloon and general store, an old hotel, a schoolhouse, a stable with an outhouse, a railroad bridge and platform, a cemetery, and a residential house from the 1920s. 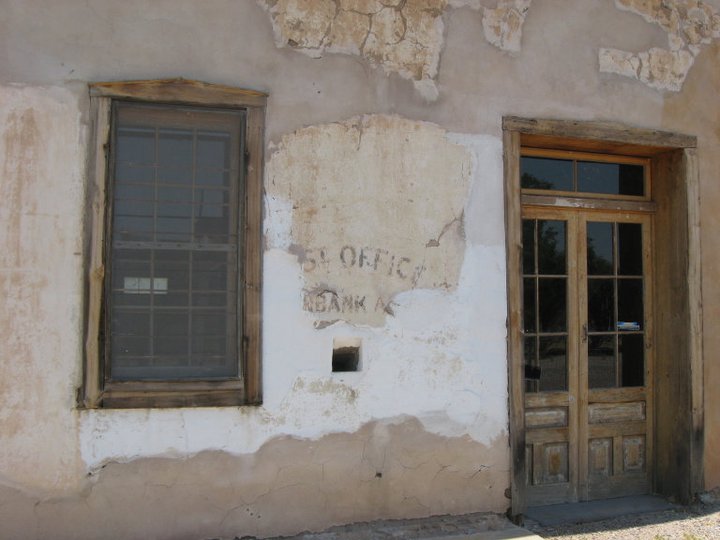 Explore the building in Fairbank that once housed the post office, saloon and general store.

The feature photo above shows some of the buildings in Fairbank that once housed the post office, saloon and general store.

During World War I, copper production was in high demand and towns with such resources, like Gleeson, were born. Located just 89 miles southeast of Tucson, this idle, dusty Western town thrived for 39 years from 1900 to 1939 and still houses many old buildings to look at. Visitors can see the ruins of the jail, hospital, cemetery, saloon, school and mining area. In fact, just a few years ago the jail was renovated into a museum, which is something of a rarity in these towns that were left behind by time.

Where to Stay
Click here to find family-friendly accommodations near Gleeson, Arizona from traditional hotels to private vacation rentals.

To the west of Red Rock in Pinal County is the little-known ghost town, Sasco, which is named for the acronym “Southern Arizona Smelter Company” and was once an area that served many miners. It was founded in 1907 and was occupied until the early 1930s when most of its buildings were demolished. However, there are several ruins still standing that are fun to walk around, such as the old Rockland Hotel and Sasco jail.

Where to Stay
Click here to find family-friendly accommodations near Sasco, Arizona from traditional hotels to private vacation rentals.

About 27 miles south of Wilcox is Pearce one of the best historic ghost towns in the area. Like many other ghost towns in Southern Arizona, Pearce was founded in the 1890s, peaked about 20 years later, and died by the late 1930s to early 1940s. 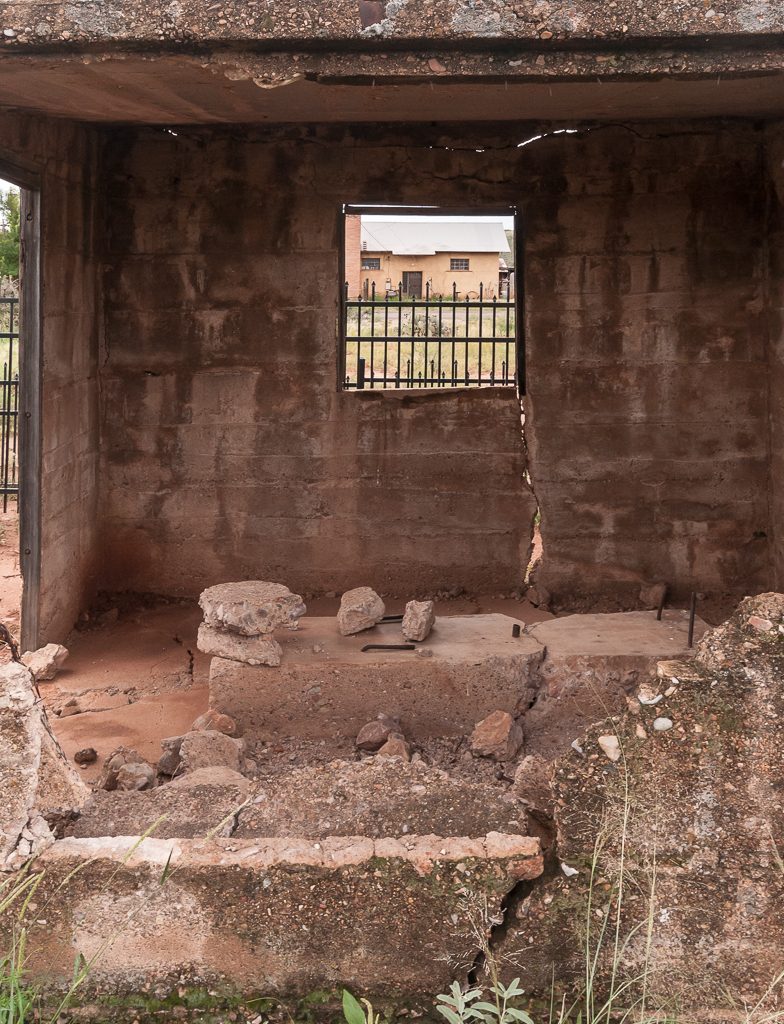 There are a number of ruins in Pearce, including the jail.

In 1919, the town had as many as 1,500 residents and produced more than 1,000,000 tons of ore during its functioning years. There are a number of ruins still in Pearce, as well as two buildings that have been added to the National Register of Historic Places: the general store and Our Lady of Victory Catholic Church.

Where to Stay
Click here to find family-friendly accommodations near Pearce, Arizona from traditional hotels to private vacation rentals.

Just 10 miles north of Sonoita, Arizona in the Santa Rita Mountains is the old Kentucky Camp — where you can do more than just visit for a day. It was once home to more than 500 gold miners between 1874 and 1886, and then the site of the headquarters of the Santa Rita Water and Mining Company from 1902 to 1906. After one of the company’s founder’s was killed from a fall out of a Tucson hotel window in 1905, his partner’s finances diminished and the company eventually abandoned. The area was used for ranching from the 1920s to 1960s and was then sold to another mining company.

Where to Stay
Click here to find family-friendly accommodations near Kentucky Camp, Arizona from traditional hotels to private vacation rentals.

Kentucky Camp is now a historic area owned by the U.S. Forest Service where people can hike, bike and camp on both the ground and in cabins as part of the USFS’s program, “Room with a View.” Even though it can be used in this way today, there are plenty of ruins and structures throughout the area that will give you a glimpse of life in the Kentucky Camp well over a century ago.

Patti Kelsey is a freelance writer and world traveler who has been to 23 countries. She currently lives in Tucson, Arizona, with her husband and 1-year-old daughter, where they are always seeking out hidden gems, going for hikes and boat rides, and trying out new local eats.

Arizona, Off The Beaten Path, Southwest, Travel By State

Tombstone, Arizona: The Best of the Old West