Driving toward Navy Pier in Chicago the anticipation grows. Kids can see the giant Ferris wheel from far away and there’s just a buzz of excitement in the air as we got closer. We didn’t even get to a plan because we saw the pizza at the park’s entrance.

The first thing we did was eat, of course. Right at the entrance to Chicago’s Navy Pier was a brand new outlet for the world-famous Chicago pizzeria, Giordano’s. The stuffed pizza was a hit with the kids, the parents and the grandparents. There’s no pizza like a Chicago stuffed pizza. 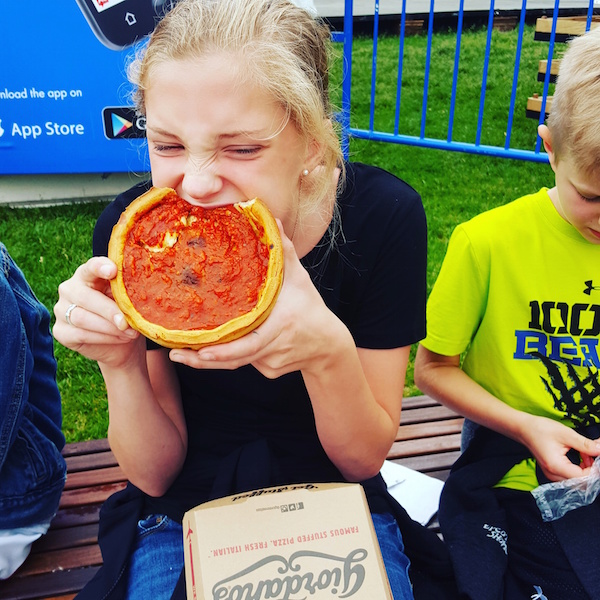 Giordano’s got its start in Italy, of course, where Mama Giordano served her family the double-crusted, cheese stuffed tradition on special occasions. Years later, brothers Efren and Joseph introduced their family recipe to Chicago. They’ve been making pizzas for 40-some years in Chicago.

While we were eating it was easy to sit and look out at the expanse of Navy Pier, one of Chicago’s must-see places. It didn’t take long to have plans to ride the Centennial Wheel and the Pepsi Wave Swinger. They were just too good to pass up. 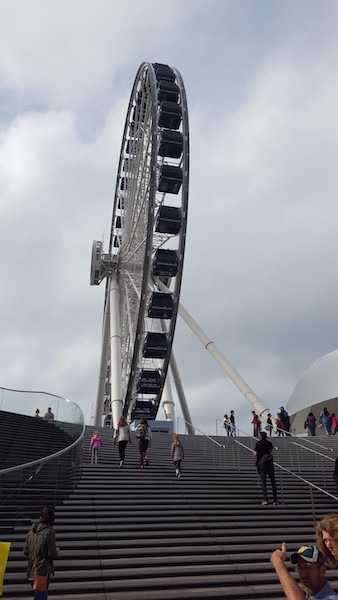 The 200-foot, new Centennial Wheel is 50 feet taller than the Ferris wheel it replaced. The temperature controlled gondolas are smooth, have a historical video in them and provide even those afraid of those kind of rides with a very comfortable experience. The swings and the big wheel were both staffed plentifully with friendly folks and the lines were short for a summer day.

In 2016 Navy Pier celebrates its 100th anniversary. Pier-wide redevelopment resulted in new food courts, shops, rides and other attractions, but still pays homage to the places that made Navy Pier a hit from the start. 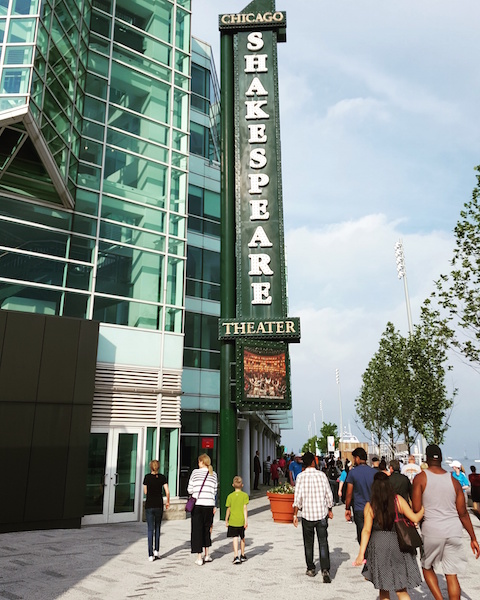 We ordered cheeseburgers from the Saturday Night Live Famous Billy Goat Tavern (“Cheezborger, cheezborger! No Coke, Pepsi!”), and stopped at a couple other locations in the new food court for some favorites like roasted nuts and pretzels.

For more information on taking the family to Navy Pier, visit www.navypier.com.