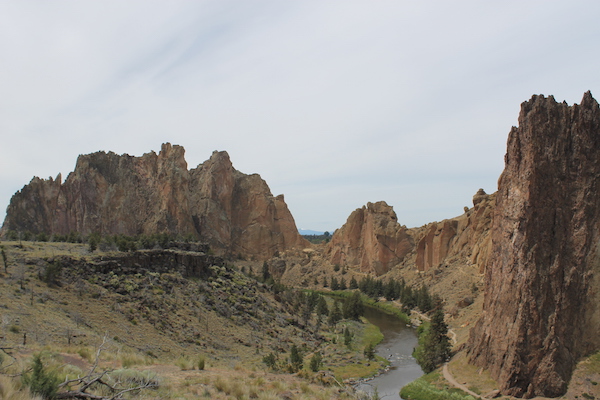 Mimicking the 7 Wonders of the World, the State of Oregon has identified its own 7 Wonders in the Oregon’s Seven Wonders campaign.

Located north of Redmond and just outside of Terrebonne, Smith Rock is Central Oregon’s contribution to the list. 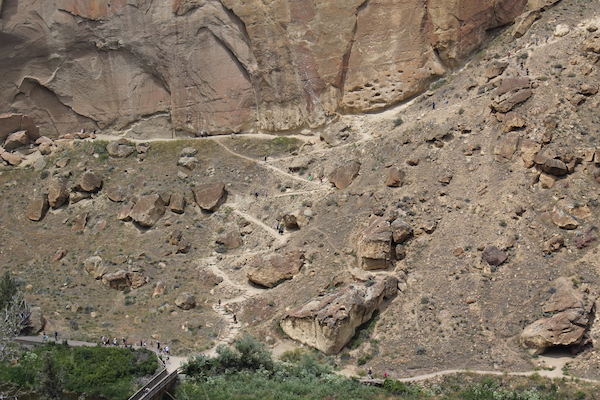 A popular destination within the rock climbing community, people have been scaling the remains of the 30-million-year-old volcanic eruption since the 1960s.

We visited on a Sunday in June and, true to the park’s own warning, found parking in high demand. Early-morning hikers were leaving as we arrived and we felt lucky to secure a spot near the pay station (if you don’t have a state park sticker, you’ll need to purchase a day pass). 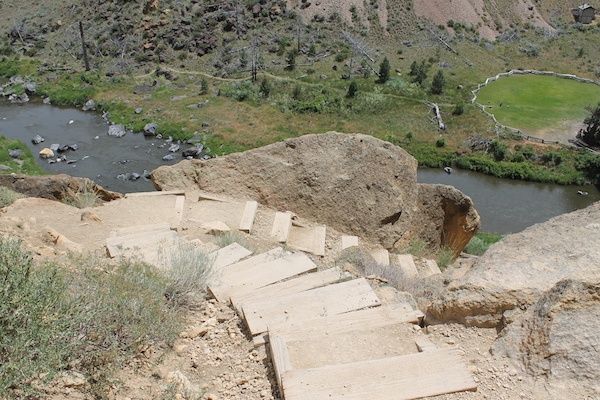 Looking Down from the Misery Ridge Trail

Several options exist for day hikers, from a short paved loop around the visitor center and Bivouac camping area to the park’s “most difficult” trails marked with black trail markers (the Misery Ridge Trail falls in this category). If you are a bird watcher, find a ranger and confirm the best trail for viewing the eagle’s nest from above.

We followed the Canyon Trail down to the Crooked River and crossed the footbridge to the “rock” side of the river.  Note: There’s only one way to cross over the river, as pedestrians are not allowed on the horse ford that connects the Homestead Trail with Wolf Tree Trail.

The River Trail is a good option for families with older and younger hikers. As the name implies, the trail follows the Crooked River around to the back side of of Smith Rock. We climbed a bit of the Misery Ridge Trail to illustrate the crazy and somewhat dangerous zig-zag path leading up and over the rock and passing Monkey Face; a prominent tower and one of the best known features at Smith Rock State Park. 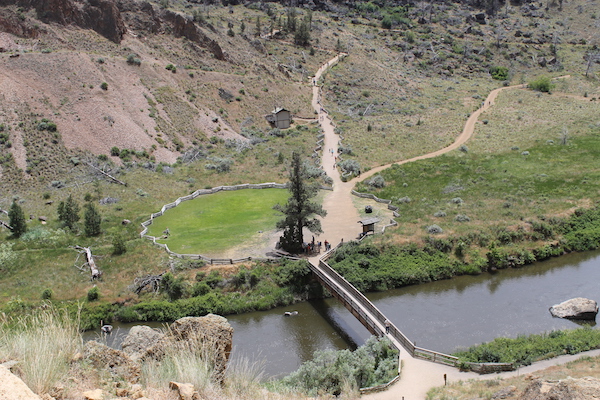 Worth mentioning is the region’s average 300 days of sunshine; wear sunscreen and bring a sturdy water bottle and wear sturdy shoes. Water bottles can be refilled at the base of the footbridge near the helicopter landing pad (we think it looks like a tree from above). 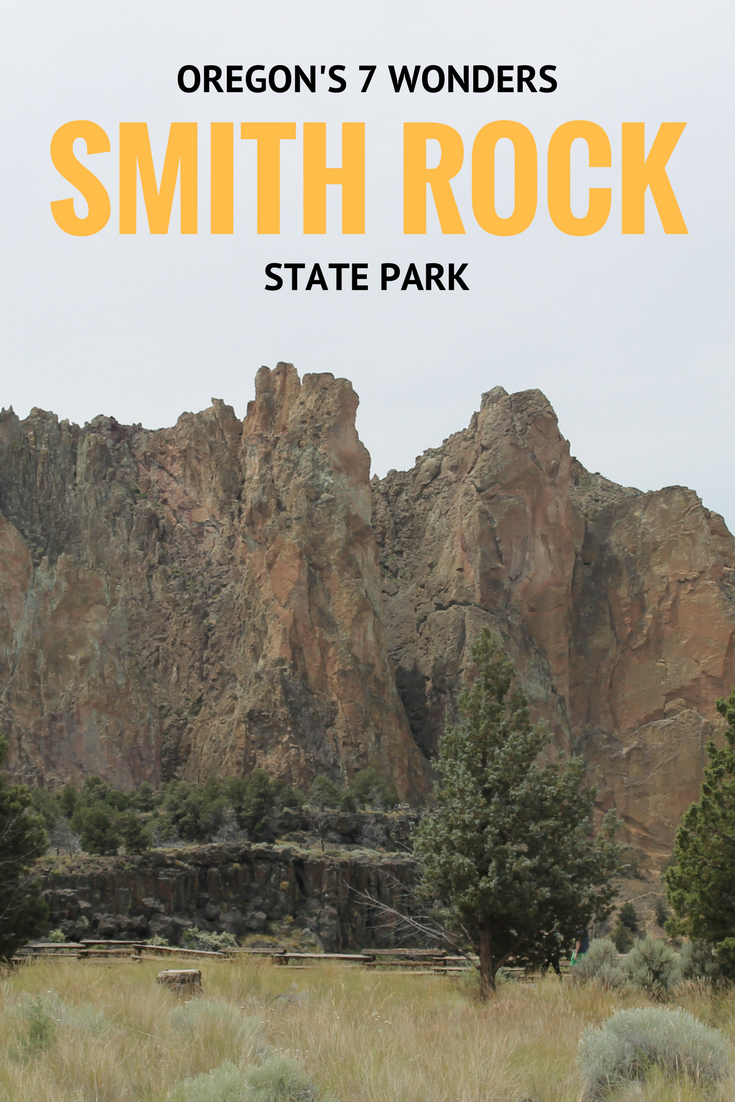