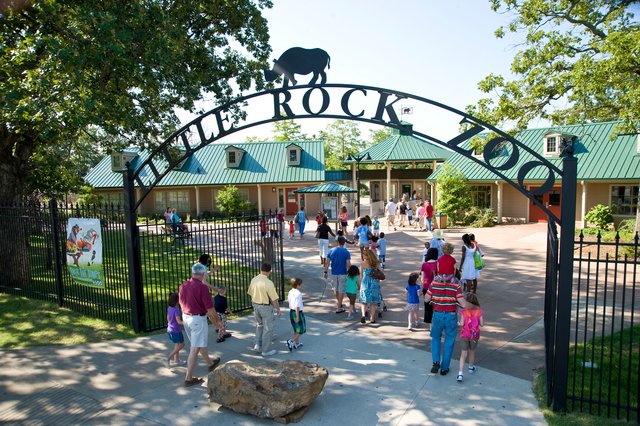 Geographically and metamorphically speaking, Little Rock sits in the heart of Arkansas. Hugging the Arkansas River, the city has achieved a balance between culture, commerce, and nature. We asked our friends at the Little Rock Convention & Visitors Bureau to suggest some of the most family-friendly hot spots in and around the city. From biking and kayaking to museums and murals, you may just be surprised to find out what’s big in Little Rock. 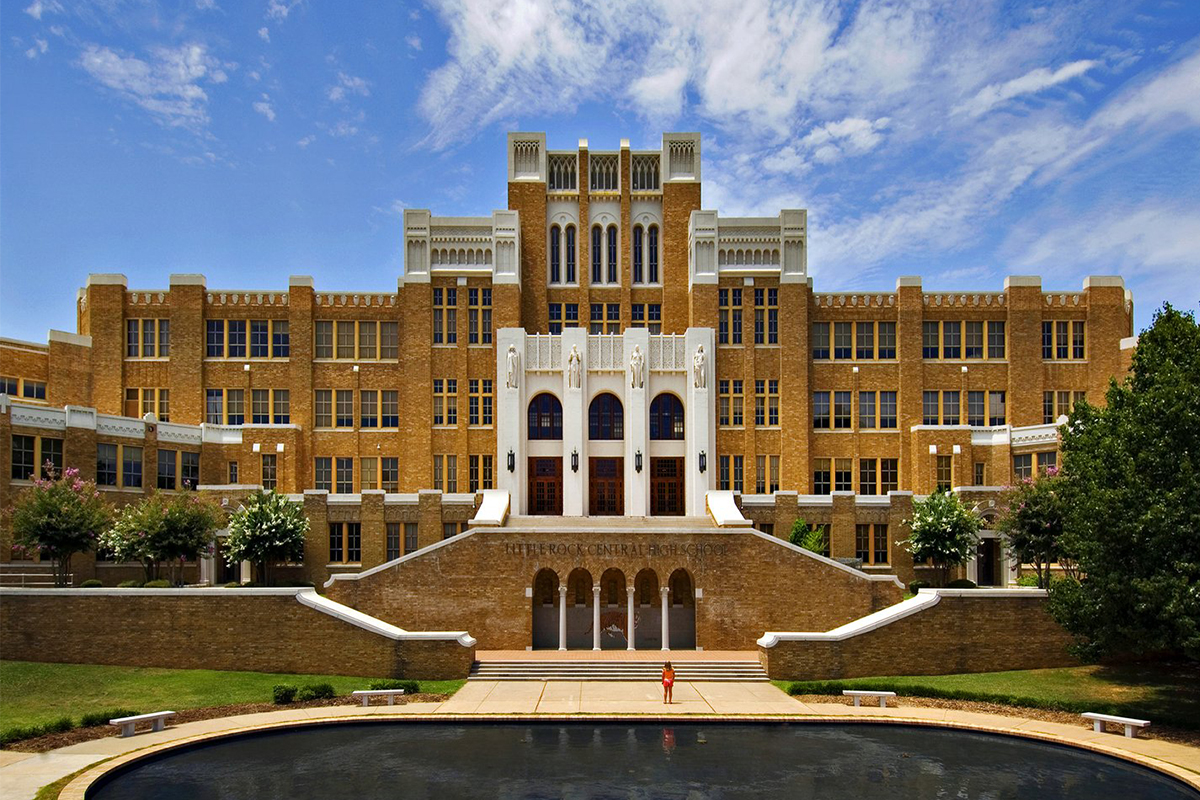 In September 1957, Little Rock Central High School was at the center of international attention when the governor ordered the Arkansas National Guard to prevent nine Black students from attending their first day of the all-white school. President Dwight D. Eisenhower later federalized the National Guard and sent in federal troops to escort the students to class. The school became a crucial battleground in the struggle for civil rights, and dramatic media images of the conflict seared themselves into public memory. The Little Rock Central High School National Historic Site and Visitor Center opened in September 2007 to mark the 50th anniversary of the school’s desegregation. The interactive displays include interviews with the Little Rock Nine and historical video clips. The Center presents a broad view of civil and human rights struggles in the United States and around the world. Little Rock Central High School is the only functioning high school to be deemed a National Historic Site. Be sure to take a free guided tour led by one of the knowledgeable National Park Rangers. 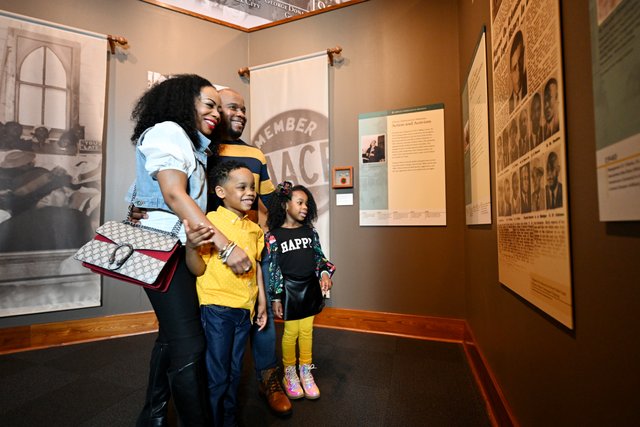 The Mosaic Templars Cultural Center collects, preserves, interprets, and celebrates Arkansas’s unique African American political, economic, and social achievements from 1865 to 1950. The Center resides in the footprint of the original Mosaic Templars of America National Headquarters and Annex buildings, founded by a Black fraternal order that provided illness, death, and burial insurance during an era when few basic services were available to Black people. The permanent museum exhibits depict Little Rock’s historic West Ninth Street as a thriving commercial and social hub, focusing on Black entrepreneurship, the Templars organization, and the legacy of Black legislators. In addition to community educational programs, the Center offers a genealogy research room, a stunning art collection, and a well-stocked gift store. The Center’s third floor features a replica of the original Headquarters building auditorium and the Arkansas Black Hall of Fame galleries.

Little Rock is a cycling paradise. There’s a trail for riders at every level, from sprawling road routes, white-knuckle mountain biking downhills, rural gravel grinds, and even shorter, scenic rides for beginners. This page maps each of the city’s 1,233 miles of trails and makes it easy to find the right one for your family. 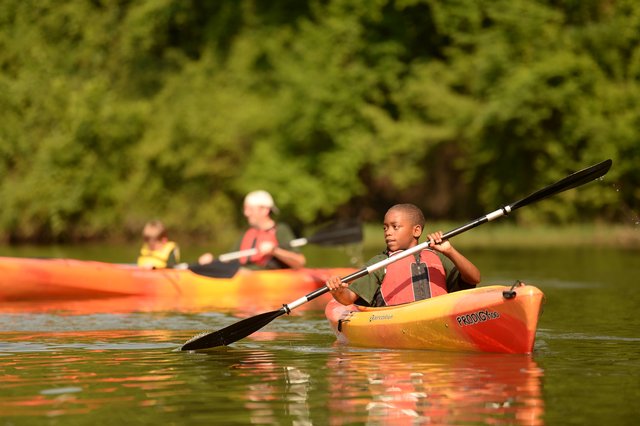 Little Rock wouldn’t exist without the Arkansas River’s rolling waters, so, of course, no visit to the city would be complete without experiencing it somehow. Perhaps there is no better way to experience the river than to rent a kayak from Rock Town River Outfitters and explore at your own pace. Their primary dock delivers paddlers to the mouth of the Little Maumelle River, offering the perfect chance to explore secluded forests teeming with life. They also offer sunset tours of downtown Little Rock, with trained guides that point out the best of the city’s features at twilight. 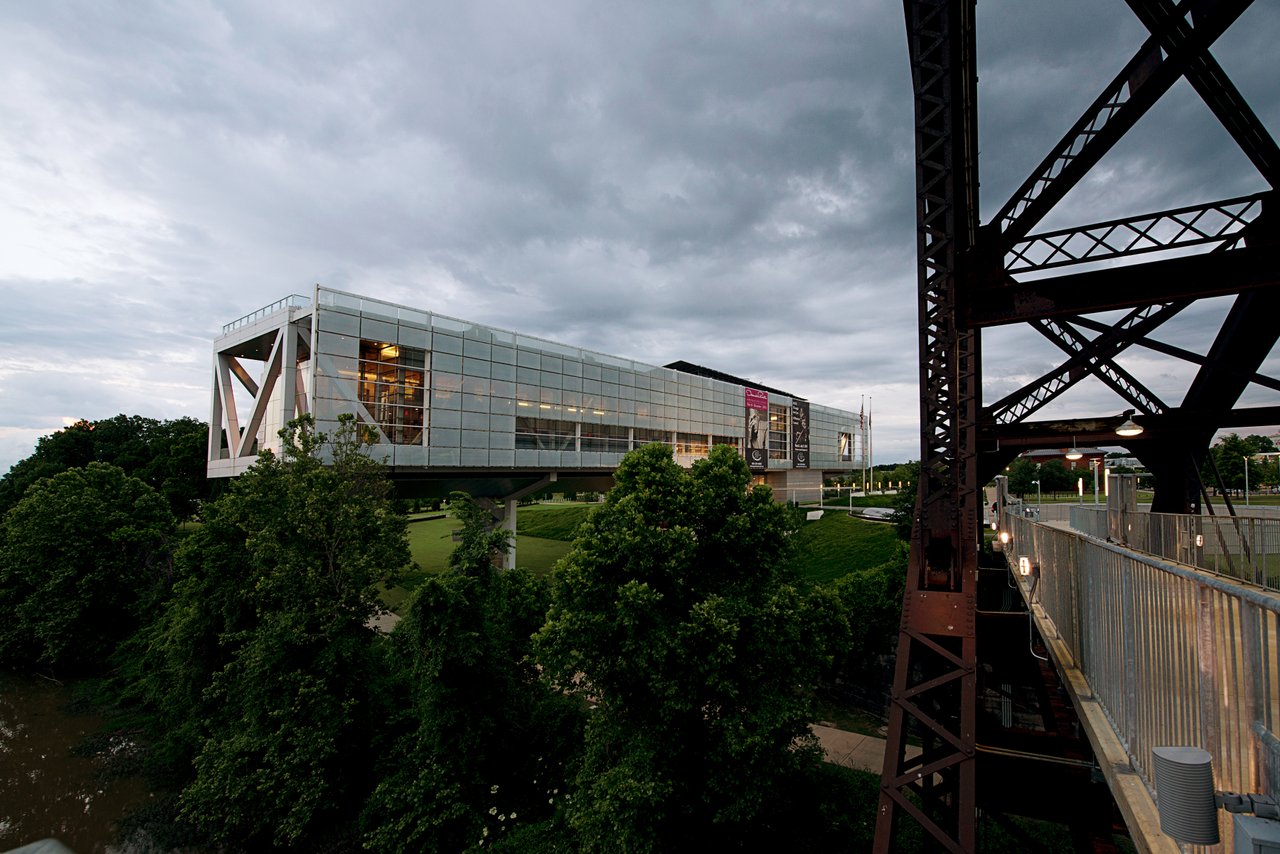 The presidential library of Bill Clinton resides within the William J. Clinton Presidential Center and Park. The 30-acre campus includes the Clinton Presidential Library, the offices of the Clinton Foundation, the University of Arkansas Clinton School of Public Service, and the full-service restaurant 42 bar and table. The library features exhibits that chronicle Bill Clinton’s presidency, focusing on expanding civil rights to peoples around the world. Exhibits also include exact replicas of the Oval Office and Cabinet Room.

The Little Rock Zoo has long been one of Arkansas’s great treasures. It all began modestly in 1926, with just two animals, an abandoned timber wolf, and a circus-trained brown bear. Today, it has grown to include more than 725 animals representing more than 200 species, many of which are endangered and are engaged in global conservation programs. With new animal exhibits on the way, special events, and educational programs, the zoo provides an ever-changing and recreational experience. Whenever you visit, chances are you’ll see something new and exciting! Make plans to visit at the Little Rock Zoo. 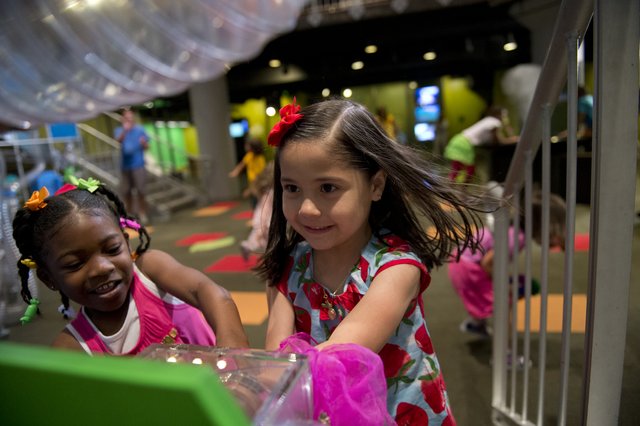 The Museum of Discovery is Arkansas’s premier science, technology, engineering, and mathematics center and has been ranked by Mensa and USA Today as one of the best science museums in America. The museum features more than 90 hands-on exhibits and a variety of engaging programs. You can take shelter from a powerful twister in the Tornado Alley Theater, experience the principles of physics and force on a bed of nails, create without limits in the Tinkering Studio, and even meet animals from around the world. The Museum of Discovery is also the home of the Guinness World Record-holding musical bi-polar Tesla coil that produces 200,000 volts of electricity during daily shows. 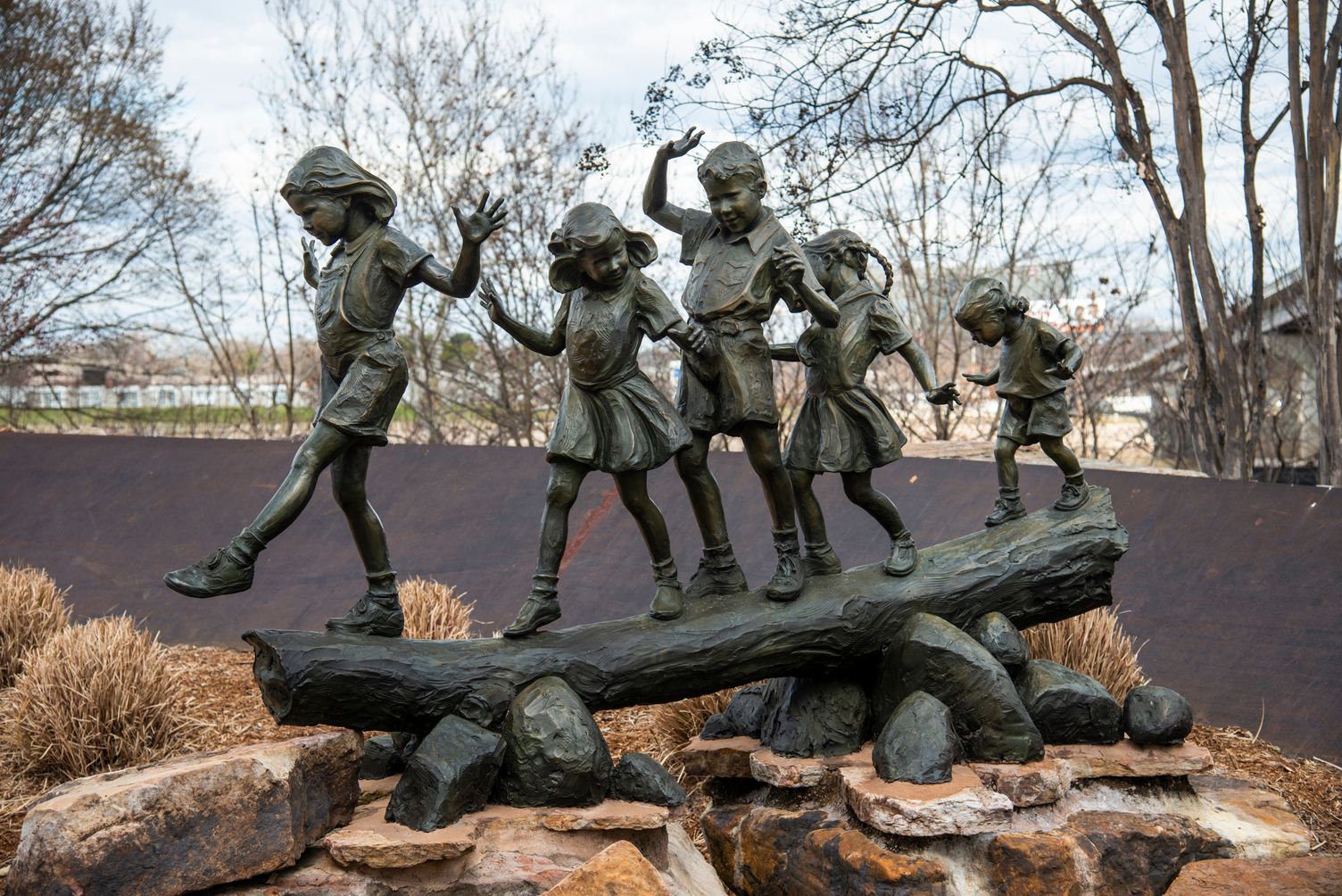 Nestled between the Arkansas River and the bustling core of downtown Little Rock lies the 33-acre Riverfront Park and Vogel Schwartz Sculpture Garden. Combined, they’re home to more than 100 works of public art, a collection valued north of $4 million. Throughout the park, sculptures at the water’s edge offer dynamic vistas, each framed by the flowing river and the Junction Bridge’s rising spires. A 5,600 square foot expansion was added to the sculpture garden in 2017 and features outdoor “rooms” formed from massive, curved steel plates. Each “room” houses numerous sculptures, allowing for a more traditional art gallery experience outside, as visitors wander from installation to installation. 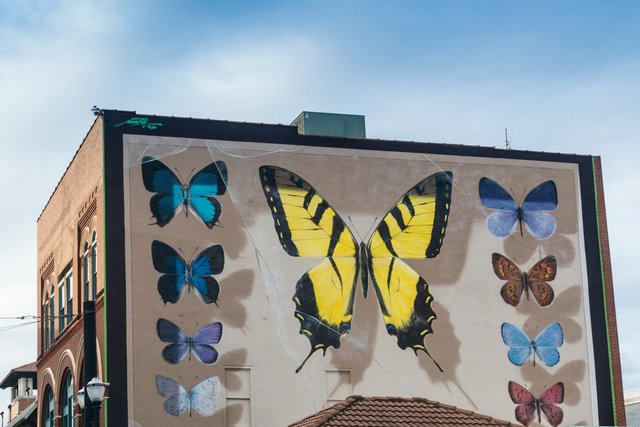 No one gallery can contain Little Rock’s thriving arts scene, so it’s only natural that it spread onto walls and doors throughout the city. Little Rock’s public art collection is well worth exploring, from larger-than-life critters and inspirational abstracts to artistic robots and dancing produce. Almost 20 murals dot downtown, and this page will guide you through the best of them. 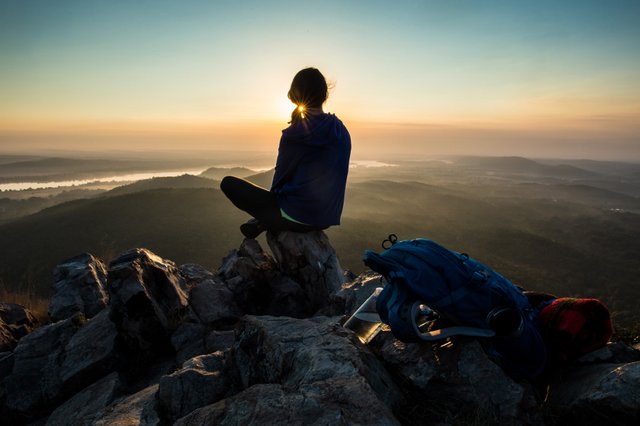 Just west of Little Rock, Pinnacle Mountain stands as the centerpiece of this geographically diverse state park. This day-use park offers a variety of outdoor adventures on the Big and Little Maumelle Rivers, in the Arkansas Arboretum, and on more than 30 miles of trails, including 13 miles of challenging mountain bike trails. Be sure to hike to the top, explore the rivers, or take in one of the many interpretive programs offered by park staff.