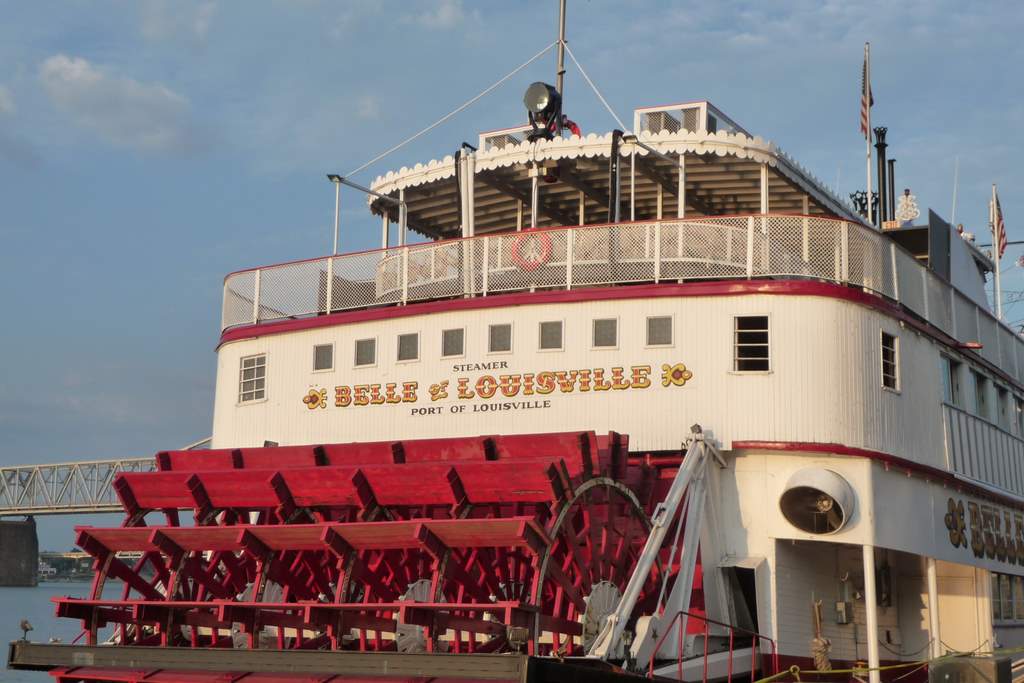 Kentucky is famous for horse racing, bourbon, and even blue grass. Separated from Indiana to the north by the Ohio River, Louisville is best known as the Gateway to the South. With art, culture, eclectic neighborhoods, and independent businesses thriving in an urban community, it’s also a surprisingly hip-and-trendy city.

Welcoming new and repeat visitors on a daily basis, the Belle of Louisville is still entertaining today. Open for dinner, music, dancing, and other special events, a cruise down the Ohio River mixes nostalgia with adventure in a Huck Finn kind-of-way . Options for seating and eating differ as you change from upper and lower decks and air conditioning is a welcome new addition to the ballroom deck. On my list for a girlfriends weekend or special adventure with an elementary-age kid or two, we can’t wait come back with parasol and straw hat. 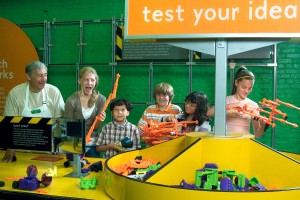 Kentucky Science Center: A prominent member of Museum Row on Main Street in downtown Louisville is one of the more impressive museums we’ve been to this year. If the colorful facade doesn’t grab your attention, you’d be hard pressed to avoid the giant parabolic mirror in the exterior lobby. The largest hands-on science center in Kentucky, the Kentucky Science Center boasts 150 exhibits, a four-story IMAX theater, and teaching laboratories. Distributed over three floors, the permanent exhibits are grouped into these categories: The World We Create, KidZone, The World Within Us, and The World Around Us.

Truthfully, though, we spent the majority of our time on the first floor running between the KidZone and wonderful (but temporary) traveling exhibit “Sesame Street Presents The Body.” At one point I forgot we were in a science museum, as we were behaving a lot like children’s museum groupies.  With reasonably priced annual family memberships, you can come and go at will for an entire year and also receive reciprocity (free or discounted admission) to over 250 other museums and science centers across the country. 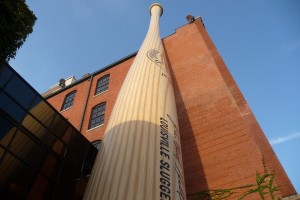 Our first stop, Bud’s Batting Cage. For $1, our six-year-old connected with 5 of 10 balls, impressing us all. Reluctantly tearing all of the kids away from the toddler room (complete with coloring pages, toys, and books on baseball), we found Babe Ruth in the exhibit gallery. On our tour of the honest-to-goodness OSHA regulated factory tour, our jaws dropped at technology in action.  At 30 seconds a pop, the factory was set to produce 1500 bats that day. Rewarded at the end of the tour with their own official souvenir Louisville Slugger mini-baseball bat, the kids have already paired their new toys with balls and gloves back home. Next time we’ll visit the Theater and Souvenir Shop. 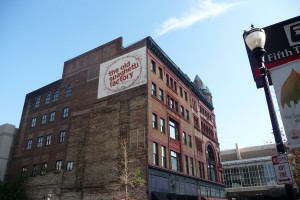 We walked the few blocks from our hotel to The Old Spaghetti Factory on Market Street. Known for  budget-friendly dining, The Old Spaghetti Factory restaurant has been a consistent favorite of ours all over the US and Canada. Louisville lived up to our expectations: great service and tasty meals. Three kids spaghetti and meatball plates later ($5.25 for the entree, applesauce or salad, drink, and ice cream dessert); we wandered back “home” for the night. 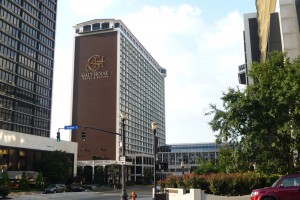 Guests of the Galt House Hotel & Suites, Louisville, Kentucky, United States, we found ourselves between the waterfront and the heart of downtown. Perhaps a stone’s throw from the biking/hiking path leading into the award-winning Waterfront Park, we ventured out in search of playgrounds, splash pads, and water fountains. On the 14th floor, we enjoyed views of the city almost as much as the glass elevator And, of course, we visited the pool. Outside and on the roof, people were sun bathing and ordering drinks and food from the adjacent bar.  Adding to the experience was a complimentary pass to the Club 360 Fitness, a state-of-the art fitness studio on the top-most floor of the hotel. Floor-to-ceiling windows around the entire perimeter of the club offer panoramic views for miles around.

What to do in Bowling Green, Kentucky