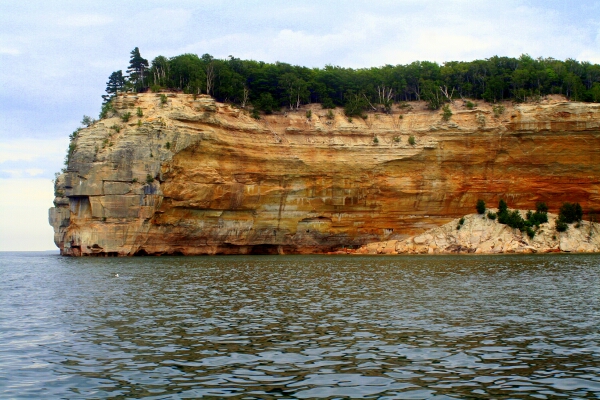 When folks think of national parks, images of Yellowstone (or Jellystone, for that matter) and Yosemite come quickly to mind. These are the quintessential parks, offering campgrounds, trails for hiking, stunning roadside scenery, and places to unload your picnic basket. (Ain’t that right, Boo Boo?) But the National Park Service oversees many different kinds of sites—from National Monuments to National Seashores. In fact, there are more than 14 different designations for units in the park service. Some of these have the same facilities you expect from a national park. Others don’t. We wanted to share a few of our favorite places and perhaps shed some light on some unexpected destinations—each perfect for your next family road trip. Sit back while I take you on a tour of some of my favorites.

National Monuments
These are sites that have historic or scientific importance. Some are pretty humble, preserving an archaeological site or two and the neighboring area. Others serve to protect unique geology, which can spread over miles.

Castillo de San Marcos National Monument (St. Augustine, Fla.) – St. Augustine is all about history. The settlement was founded in 1565 by the Spanish, and it is the “oldest continuously occupied European-established city and port in the continental United States.” Central to this history is the Castillo de San Marcos, which is maintained by the park service. This fort was built in 1695 to protect Spanish interests from privateers and the land-grabbing British. Visitors can wander the walls, peek inside the fortifications to old prison cells and soldiers’ barracks.

Florissant Fossil Beds National Monument (Florissant, Colo.) – Just the other side of Pikes Peak from Colorado Springs, the Florissant Fossil Beds are an easy drive from Colorado’s southern Front Range communities. Most families come to see the petrified redwood stumps, some 14 feet in diameter. Hundreds of prehistoric insects and plants have left behind their fossilized remains here. In addition, the monument is a great place for watching wildlife or going on a hike (more than 14 miles of trails!).

Marianas Trench Marine National Monument (Northern Mariana Islands, Pacific Ocean) – Okay, you won’t be able to road trip to this one, but it’s so unique it needed to be mentioned. This underwater national monument is found east of the Philippines. It covers nearly 100,000 square miles and includes Challenger Deep (the deepest known ocean depth in the world). 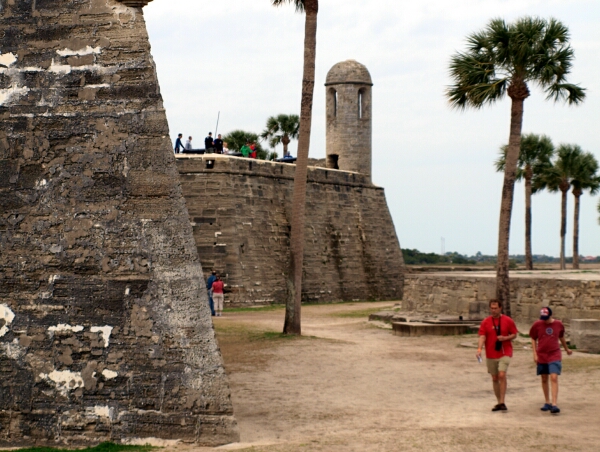 National Historic Sites
For history buffs, the national historic sites do a great job of preserving a particular piece of American history and presenting how that piece affects the whole.

Frederick Law Olmsted National Historic Site (Brookline, Massachusetts) – Probably best known for designing New York’s Central Park, Olmsted was also the landscape architect for the Chicago’s World’s Columbian Exposition. This was his home base, and his importance as the founder of landscape architecture and his impact on America’s parks is put center stage.

John Muir National Historic Site (Martinez, California) – On the other side of the country you find the park preserves the home of another great figure in history. This one was less interested in creating scenery as preserving it. Yosemite National Park owes its pristine condition to the efforts of John Muir, the naturalist/writer who in many ways launched the conservation movement in America.

National Battlefields & Military Parks
Now that we’re officially in the midst of the Civil War sesquicentennial, national battlefields and military parks will be the scenes of much hoopla. Places like Gettysburg and Shiloh will see thousands more visitors than usual.

Gettysburg National Military Park (Gettysburg, Pennsylvania) – Hailed as the turning point in the Civil War, 51,000 men died at Gettysburg as Lee’s push north was halted by Union troops. The park service goes all out with interpretive talks and great descriptive displays. Certainly a worthy stop for parents looking to expose their kids to a little American history.

National Lakeshores
All on the Great Lakes, the country’s national lakeshores preserve some of the most beautiful geology on the planet, from the dunes of Lake Michigan to the limestone cliffs of Lake Superior. As a Michigander, I am partial to the lakeshores.

Pictured Rocks National Lakeshore (Upper Peninsula, Mich.) – Found on the northern shore of Michigan’ Upper Peninsula, this is one of those spots that remains a hidden gem. There are many ways to explore the park. I think camping here makes for a great trip, but there’s plenty for the day-tripper. The best way to quickly apprehend these stunning limestone cliff is to head to Munising and schedule a tour with Pictured Rock Cruises.

Sleeping Bear Dunes National Lakeshore (Northwestern Lower Peninsula, Mich.) – The Sleeping Bear Dunes are close enough to a number of Lake Michigan vacation spots that many visitor just visit for the day. If that’s the plan, be sure to drive the Pierce Stocking Scenic Drive (find information and directions at the visitor center in Empire). Kids love the dune climb, and the view of Lake Michigan from the top is one of the most breathtaking you’ll ever come across.

National Seashores
Like the national lakeshores, these protect stretches of undeveloped shoreline on the nation’s oceans.

Padre Island National Seashore (near Corpus Christi, Texas) – At 113 miles long, this barrier island is touted as the longest undeveloped barrier island in the world. There are, of course, miles of pristine beach, but facing west toward the Laguna Madre, visitors find a world of wildlife to explore. Great camping, fishing, paddling, etc.

National Trails
The NPS’s national trails are the most elusive of the park’s offerings. While they may stretch through a number of states, people often overlook them altogether.

The North Country National Scenic Trail (New York, Pennsylvania, Ohio, Michigan, Wisconsin, Minnesota, and North Dakota) – Stretching across seven states, beginning in the Adirondack’s of New York, passing through the Ohio River Valley, along the shore of Lake Superior, and out to the Western Plains, the NCNST is one of the newer parks. The trail is still being developed in parts, and few people even know it exists. Check out the site for the North Country Trail Association to find sections to hike. There’s something for every family, whether you’re looking for a short afternoon hike or a multi-day backpack outing.

Santa Fe National Historic Trail (Missouri, Kansas, Colorado, Oklahoma, and New Mexico) – Like the Lewis and Clark National Historic Trail, this one isn’t about hiking. The trail traces the east-west passage of thousands of pioneers who made their way to the frontier via the Santa Fe Trail. The route parallels rivers and streams, meandering around tougher terrain, and you will find modern road builders found the path a good one to emulate. Along the way there are a ton of stops: forts to visit, plaques to read, old wagon ruts to inspect. This is the kind of park that can be the road trip. 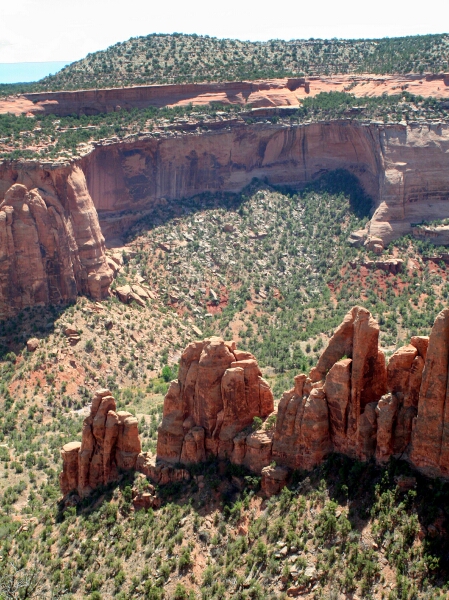