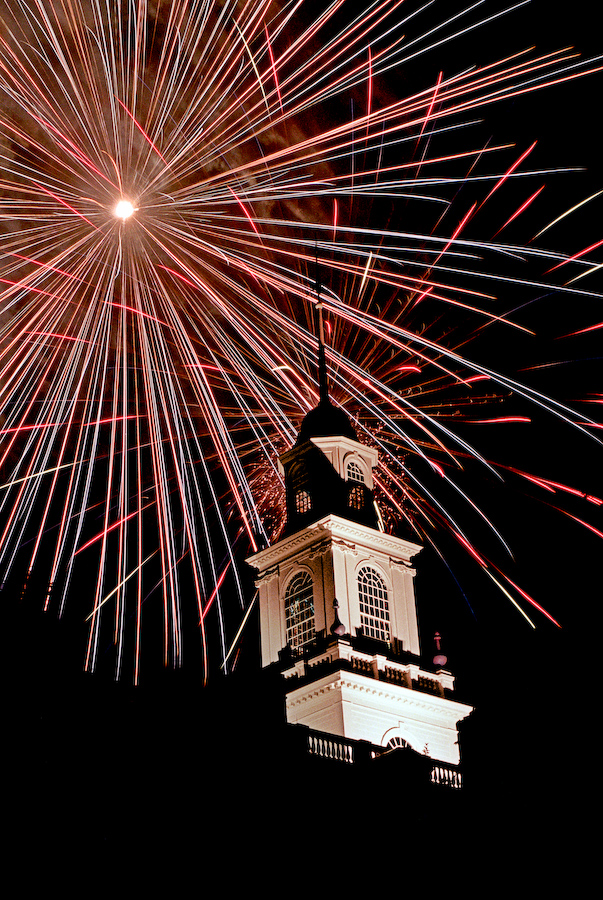 This year’s flooding and fire danger have led many communities to cancel or postpone their fireworks displays, but in most small towns, the parades, traditional celebrations and festivities continue. If you’re looking for an old-fashioned 4th of July celebration, try one of these recommendations. Additionally, we have other suggestions for a great Hometown Fourth of July experience in this blog. 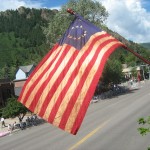 The party for America’s birthday is all weekend long in Aspen. On the 4th, it begins early with Boogie’s Diner Buddy 5 Mile Charity Race and goes all day, including a carnival in the park, and old-fashioned parade and community picnics. Maybe your kids want to take part in the kid’s bicycle rodeo or you’d rather just enjoy the U.S. Airforce flyby. Enjoy the free concert from the Aspen Music Festival Band and Dancing in the Streets in the evening. The fireworks over Aspen Mountain are a fitting end to the day. Parking is extremely limited, so riding RFTA is a good idea. 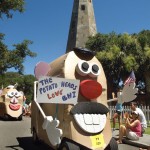 Located just off the coast of Southport, NC, Bald Head Island is reachable only by ferry. Further, cars are not allowed on the island, so the residents have become dependent on (and fond of) their golf carts. The island is famous for their Golf Cart Parade during the 4th of July. Everyone decorates their carts and competes for the best in show. The parade is taken very seriously and the carts are worth the trip. Past years have seen alligators, pirate ships, blow fish and even a miniature version of Old Baldy, the island’s lighthouse. It’s a complete family event — and the picnics, carnival, fireworks cruise and other activities just round out the day. 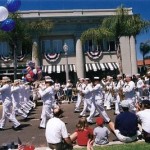 The 4th of July celebration on the island of Coronado (just across the bridge from San Diego) is the most popular Independence Day event in San Diego County. As one of the nation’s original Navy towns, tracing its military roots back to 1911, Coronado takes great pride in its Navy heroes and military heritage. Today, the city is home to Naval Air Station North Island and three aircraft carriers. Additionally, there is the Naval Amphibious Base Coronado where the elite Navy SEALs train.

On the July 4th, locals and visitors alike converge for a full day of festivities. Those festivities include a 5K/15K run/walk at dawn, rough-water swim at North Beach and patriotic two-hour parade down Orange Avenue (the town’s main street). The parade is complete with military bands, floats and impressive Navy aircraft. Tens of thousands of Navy personnel, their families and spectators line the parade route with red, white and blue proudly displayed. It’s very much like a Norman Rockwell painting come to life with its quintessential small-town charm. The day continues with “Art-in-the-Park,” an afternoon concert in Spreckels Park and culminates with a spectacular fireworks display over Glorietta Bay at night. 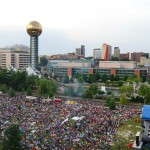 This year marks the 27th year for the Festival on the Fourth in Knoxville. The event is free and offers a wide variety of music, entertainment, and games for the entire family to enjoy.  Visitors will enjoy the Knoxville Symphony Orchestra as they perform the Annual Pilot Independence Day Concert on the South Lawn. This two-hour show features a mix of patriotic and American music and accompanies the fireworks show launched from the Henley Street Bridge. 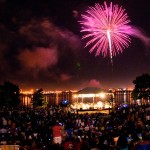 This year, the city is celebrating their 375th (!) anniversary over the course of the summer, including great Independence Day happenings including fireworks, live music and WaterFire. The city is very family friendly (home to a children’s museum, zoo, and more) and makes a great road trip. WaterFire is the sculptural art installation by Barnaby Evans established on the three rivers of downtown Providence. Initially, WaterFire was to celebrate the 1994 anniversary of First Night Providence. Now the lighting of each season draws in excess of 350,000 people.

Most Family-Friendly Ski Resorts Near Denver