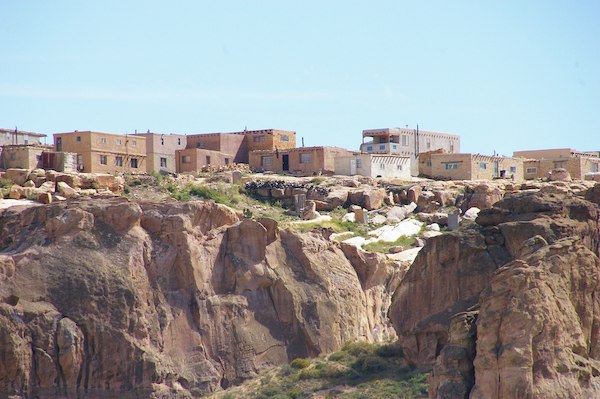 Sixteen writers, whose names you have no doubt heard of (Cheryl Strayed, anyone?), were tapped for a list of trips they wanted people to take in 2021. These destinations are places that they feel are particularly important in helping to shape and define America. In a year in which nearly 80% of the trips people take are expected to be road trips, these destinations seem especially worthy of a visit.

This is not just a travel list; on the contrary they are mini essays that will be published by Frommer’s, the travel guidebook company. Frommer’s calls it “Best Places 2021: Great Authors on Our America.” The list includes some places you’ve probably heard of before, particularly if you’re an avid roadtripper, but will also likely include destinations that are new to you. They say they want the list to “bring light to our shared history and culture” by inviting celebrated writers to write about places “they thought Americans should know about to better understand who we are as people and/or what we need right now to heal our divisions.

There are certainly a few places on the list that I now am excited to see in person. The collection can be read for free online. Frommer’s says the list is meant to provide some inspiration reading right now, while travel is more or less curtailed, and also to spur future travel. So with no further ado, here are the writers, their picks for 2021 trips, and a short summary of why they took it.

The Serpent Mound in Ohio is a human-made earthworks feature that is a quarter of a mile long representing a snake with a curled tail. Dating back to the American Indian cultures of Ohio from A.D. 1000–1650, it is likely both a burial site and representative of astrological markings.

All of the people who passed through Ellis Island between 1892 and 1954 made our country what it is today. This is the gateway to our nation, poised on the edge of New York Harbor, and something like 12 million people passed through it. And of course, on nearby Liberty Island, visitors can see the Stature of Liberty. (Read The 10 Best Kid-Friendly Things to Do in NYC) 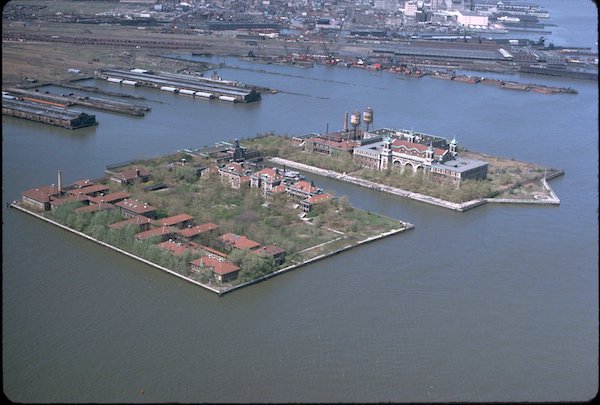 David Sedaris calls this a “5-star motel, the only one in like it the world.” It’s in downtown Salt Lake City, Utah, a mile from both Temple Square, a landmark Mormon plaza with a visitors’ center, and Beehive House, Brigham Young’s former home.

The Black Heritage Trail is a self-guided trail of 24 stops around the town of Portsmouth. Visitors can view the docks where Africans were brought against their will by ship. The African Burying Ground is an 18th century gravesite containing almost two hundred freed and enslaved African people. Also on the tour is Stoodley’s Tavern—a place where patriots like Paul Revere gathered pre-Revolution—which a decade earlier was the site of a public slave auction. Picoult writes, “Sobering and eye-opening, the Black Heritage Trail forces us to question those we have traditionally considered heroes, and to elevate those who have been marginalized instead. It squarely centers Black life in early America, at a time when we as Americans need to be rewriting our history to do so.” (Read Outside Events for the Family in Portsmouth, New Hampshire) 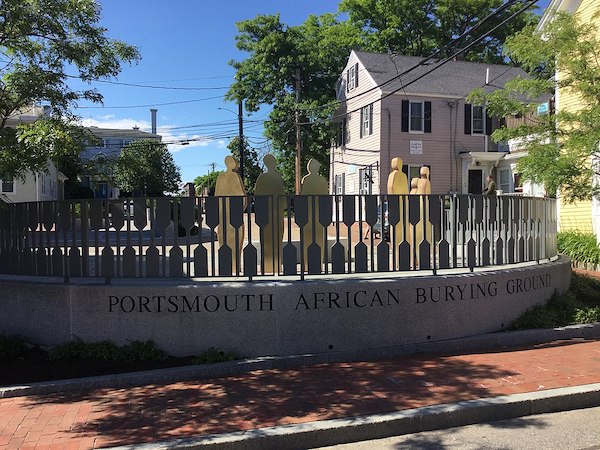 Avra Valley is outside Tucson, between two lines of mountain ranges where the desert still contains ancient petroglyph art. It’s a landscape of giant saguaro cactuses, thorny trees, animals that live nowhere else, and almost unimaginably beautiful scenery. Lydia Millet says the state of Arizona plans to build a freeway called I-11 through the middle of the valley. If you want to visit, this might be the place to visit before it’s gone. 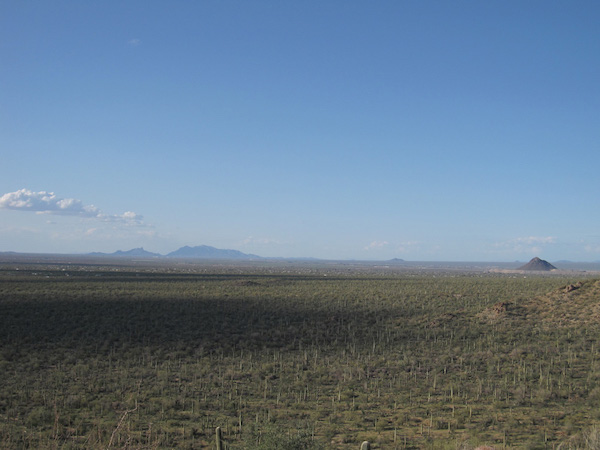 The Arab American National Museum provides a place to explore the narratives of Arab Americans, who have alternately been historically marginalized or cast as villains. Nearby is an Arab American neighborhood, where you can enjoy New Yasmeen Bakery, a Lebanese deli-style eatery, or mint tea at Shatila. 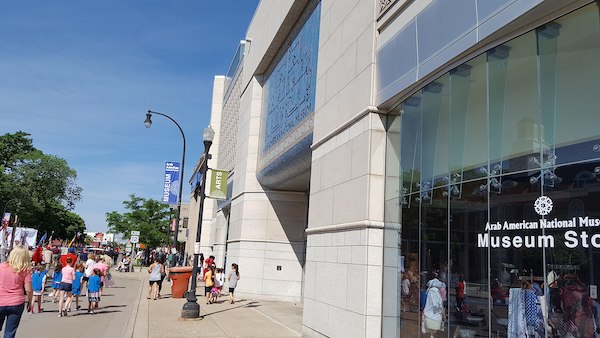 All beaches in Oregon are considered public beaches. Astoria, which Strayed specifically points out as her favorite town on the Oregon Coast, is in the north of the state. It’s not a typical beach town, because it’s situated at the mouth of the Columbia River, which gives it an old-school fishing village vibe. (Astoria is a place that Road Trips For Families recently visited; there are several fun things to do here.) The Oregon Coast is perfect for endless walks, eating, reading, and just being cozy and enjoying the view

Manzanar is one of 10 sites where Japanese Americans were interned during World War II. Choi writes that as she was researching her 2003 novel American Woman, she learned that the interned Japanese Americans had formed social and interest clubs, with activities, dances, and gardens. She writes, “I wish that every American could be taken to Manzanar or a place like it so that you could look at what a serious mistake that really damages your nation and your people—what that looks like. And then think, Are we making other mistakes like that right now?” 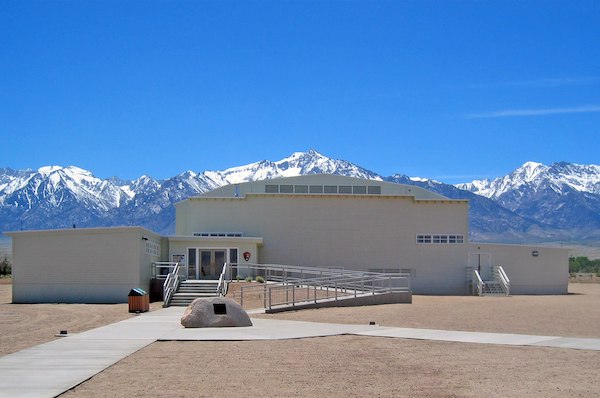 Nearly 400 feet above the desert floor 60 miles west of Albuquerque, this “sky city” rises out of the mud and stone floor of the valley. It’s feeling is ancient:  adobe homes, beehive-shaped clay ovens, kivas, the plazas, and ladders to the rooftops of homes. Acoma is the oldest continuously inhabited place in the United States. Natives from this area call it The Place That Always Was. Egan says that people have lived atop the rock of Acoma for at least 800 years, which makes it far older (nearly twice as old), as St. Augustine, Florida, which is often cited as the oldest settlement in our country. (Read Exploring Albuquerque, New Mexico)

Independence Hall is where both the United States Declaration of Independence and the United States Constitution were debated and adopted. It is a UNESCO World Heritage Site. The Frommers write that our founding fathers sought a country of balance so that no one person or party could amass too much power, and that we need to aspire to that goal once again. (Read Must-See Attractions in Philadelphia) 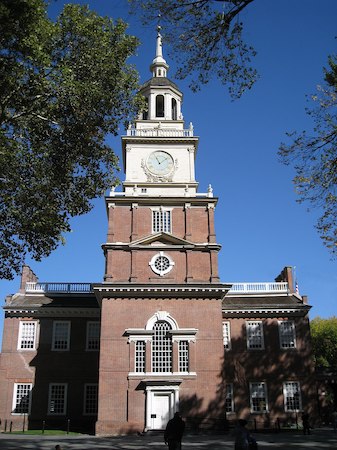 This memorial bears witness to the Black victims of lynching in the United States. It opened in downtown Montgomery, Alabama, on April 26, 2018. Johnson writes that memorial pieces for each victim are hanging from the ceiling. It’s a heavy place to visit, but one that also provides a feeling of resolution, because the pain is finally recognized.

Atkinson writes that Washington, D.C., is “a vibrant, vivid, often gorgeous world capital, rich in art, architecture, history, politics—good and bad—and grace notes.” There’s so much to see here, and he recommends the National Gallery of Art Sculpture Garden; the National Archives, where you can pay homage to the original Declaration of Independence and the Constitution; the U.S. Botanic Garden which is near the Capitol and the Ulysses S. Grant Memorial; and the Mary Livingston Ripley Garden and the National Museum of African American History and Culture. Finally, Arlington National Cemetery, where our war dead rest in honor, is a must-visit. (Read Family Vacation in Washington, D.C.) 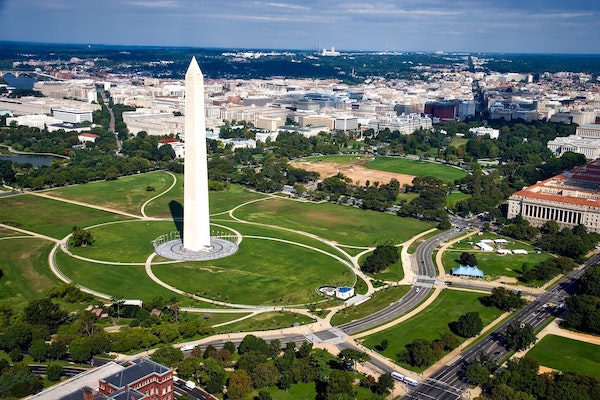 Fort Gibson is a western town with so much history, in the form of a stockade and several major buildings spread over acres. The original fort was built in 1824 to keep peace between the Osage and the Cherokee and became the site of many treaty signings and payments for Indian land. After falling into disrepair, the fort was restored in 1937 by the federal Works Progress Administration and the Oklahoma Historical Society, and it continues to be renovated.

In Solvang, everything is Danish, including little windmills, architecture across whole streets, Danish food (abelskiver pancakes!), and Danish days when everyone dresses up in Danish folk clothes and dances. Christmas here is especially Danish, with decorations everywhere. Here at Solvang, just like most other places in America, the people came from somewhere else, which is sometimes an important reminder we all need. 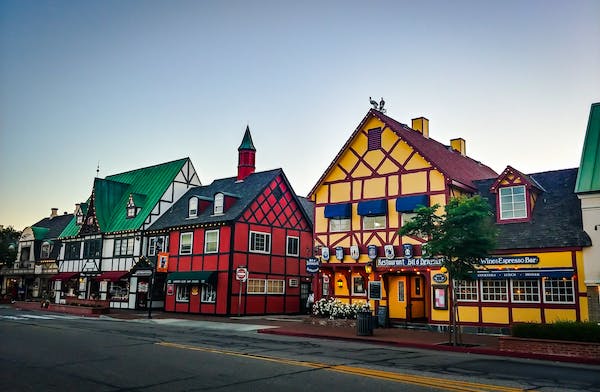 Detroit, aka the Motor City, is truly an all-American city. It brought us the Model T and Motown Records It’s got a strong past tied to American industrialization, music, and art. While it fell into decline, it battled back and is now called America’s Great Comeback City.

The Hanford Reach National Monument is a little-known monument to one of the Manhattan Project sites. Its strategically location along the Columbia River was chosen for the water to cool the reactors that helped create the U.S. nuclear arsenal. The area has been untouched by development or agriculture since 1943, but not only that, it is now a wildlife refuge for elk, mule, bobcat, coyote, beaver, waterfowl, songbirds, and the sage grouse.

Venice, California, is famous for its 1950s Beat culture, and boardwalk full of artists, roller skaters, and skateboarders. While it became known as “Muscle Beach,” there’s something else to see. The Kinney-Tabor House and the Canals of Venice was built by Abbot Kinney and was modeled after Italy’s Venice. Kinney seems like the kind of guy you would want to hang out with: his driver and close friend, Irving Tabor, was Black. When a hotel would not allow Tabor in because of the color of his skin, both men slept in the car. When Kinney died, he left his house to Tabor, but even then Tabor could not live in his own home because of segregation in the Canal area. To get around this, he cut the house into thirds, loaded it onto a barge pulled by mules, and delivered it to Oakwood, the section of Venice where Black workers lived. 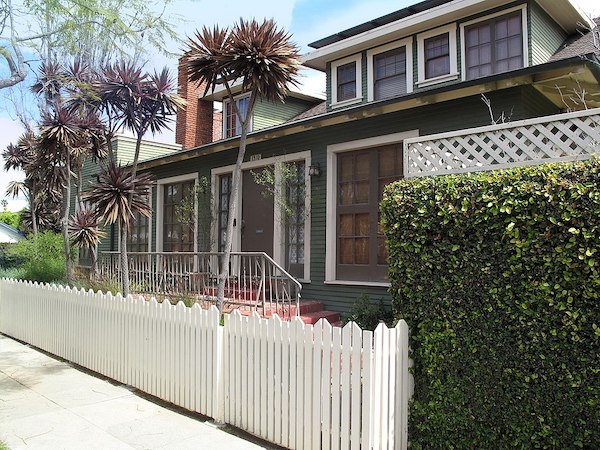